CID picks up Anyidoho for threatening a ‘coup d’état’

The Deputy General Secretary of the opposition National Democratic Congress [NDC], Koku Anyidoho, has been invited by the Criminal Investigations Department [CID], for making what has been described as treasonable comments.

He was picked up at the International Press Centre in Accra today [ Tuesday] during a press conference by a group of opposition political parties known as the Inter-Party Coalition for National Sovereignty, who are kicking against the Ghana-US Defence Cooperation agreement ratified by Parliament last Friday.

The press conference was attended by a number of the parties’ top officials including NDC’s General Secretary Johnson Asiedu Nketia, Hassan Ayariga of the APC and Bernard Mornah, PNC Chairman, who condemned the invasion of the press conference to arrest Mr. Ayidoho, saying it was an attempt to silence them and a threat to freedom of speech.

[contextly_sidebar id=”7hvqSDdRVhTRBixWuS5yE3u3RSg1Qw0F”]Mr. Anyidoho in an interview on Accra-based Happy FM, indicated that President Akufo-Addo will be overthrown just like his father and the late Dr. K. A Busia due to the ratification of the controversial defence cooperation agreement between the US and the government of Ghana.

“Somebody should tell Nana Addo that history has a very interesting way of repeating itself. On the 13th of January 1972, a certain Colonel Ignatius Kutu Acheampong led an insurrection that removed the progress party from power. Busia was the Prime Minister and Akufo Addo’s father was the ceremonial President. Someone should tell Akufo-Addo that history has an interesting way of repeating itself,” Anyidoho warned. 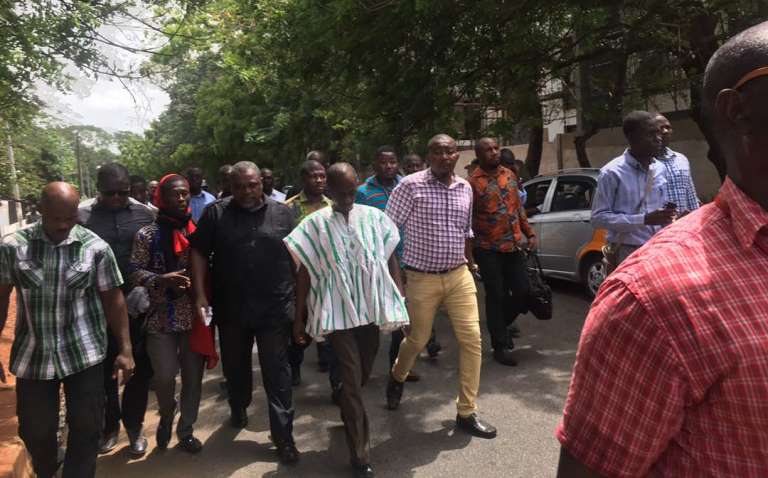 When he was asked by the Host to clarify his statement , Koku Anyidoho maintained that “history has an interesting way of repeating itself.”

“There will be a civilian coup d’état. There will be a social revolution. We [NDC] are starting it on Wednesday. The movement is starting on Wednesday. Nana Addo will have sleepless nights. He will suffer diarrhea. He said he wanted to be president, but we will make sure he will be fed up on the seat,’’ he noted further. 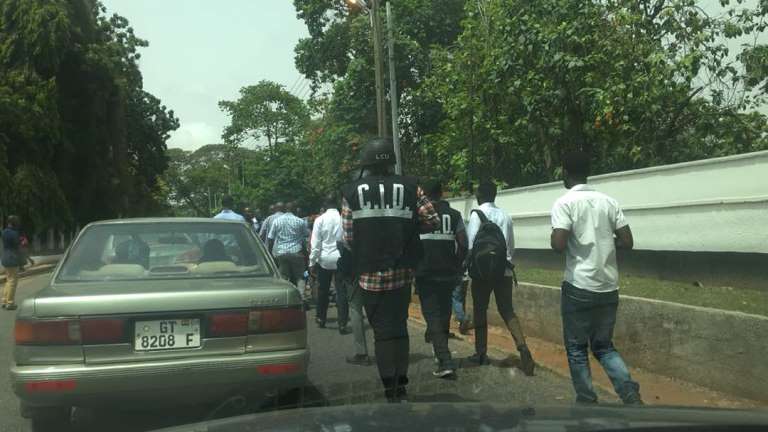 Anyidoho should be questioned for ‘treasonable comments’ – Hamid

Government had said on Tuesday that it expects the country’s security agencies to interrogate Mr. Anyidoho for making what it considers treasonable comments.

Speaking to Citi News, the Minister for Information, Mustapha Hamid, condemned Koku Anyidoho’s comments saying “Our [government’s] immediate reaction is utter condemnation of the comments by Koku Anyidoho. We condemn it in the very strongest of terms. When people make treasonable comments, when people allude to the fact that they intend to overthrow a government, it will be important for the security agencies to have a chat with him and to find out how he intends to do that.”

He indicated that, although the NDC has subsequently dissociated itself from Mr. Anyidoho’s comments, it has to take a firmer stance by strongly condemning same.

“Our attention has been drawn to the fact that the General Secretary of the NDC says the party disassociates itself from Koku Anyidoho’s comments, but we think that merely disassociating the NDC from that comment is not enough. We think that the NDC should condemn this in the strongest possible terms.”

The National Democratic Congress [NDC], has stated its opposition to the Ghana-US Defence Cooperation agreement, after its members in Parliament, staged a walkout during the approval.

Minority to join demo against ‘US military base’ agreement

The Minority in Parliament has already served notice that on Wednesday, it will join some Ghanaians in Accra to demonstrate against the recently ratified Ghana-US Defence Cooperation agreement.

In a statement copied to citifmonline.com, the caucus described the agreement as a betrayal of the Ghanaian people by the Akufo-Addo government.

The Ranking Member of the Communications Committee and Member of Parliament for Sagnarigu constituency, Alhaji A.B.A Fuseini, who signed the statement, said they have taken a decision to “unanimously and without reservation resolved to support and join Ghanaians who will be demonstrating tomorrow [Wednesday].