The Minority in Parliament has expressed shock at the demise of Dancehall artiste, Priscilla Opoku Kwarteng, popularly known as Ebony Reigns.

The starlet was returning to Accra from Sunyani after visiting her mother who had just returned from the UK, when the Jeep she was travelling in crashed into a VIP bus on Thursday evening, according to the police.

[contextly_sidebar id=”lC6fjNHNjkrMuMmj8LRRXYZs4AgI82Nq”]Ebony was travelling with three other people, two of whom have also been confirmed dead.

The driver of the Jeep survived the crash, but most recent reports indicate that he is still receiving treatment.

Speaking at a press conference on Friday, the leader of the Minority, Haruna Iddrisu, eulogized the 20-year-old songstress, stating that, she was a talented young woman who had contributed a lot to the Ghanaian music industry.

He also expressed the Minority’s condolences to the families of Ebony and the two others who perished in the accident at Mankranso in the Ashanti Region.

“I would like to express our shock and sadness at the sudden demise of the exceptionally talented and amazing young Ghanaian musician, Ebony, Priscilla Opoku Kwarteng. Our deepest condolences to her family, her fans and the entire nation,” he said.

“A promising, enterprising musician is gone. We commiserate with those who perished in the accident and pray that the good Lord will comfort their families and loved ones.”

‘My Queen is gone’

The father of Dancehall artiste Ebony, Nana Poku Kwarteng, earlier described her as a splendid personality with a unique talent.

Nana Poku, who last spoke to Ebony on Wednesday, learned of the passing of his 20-year-old daughter around 4:00 am this morning.

“If I should describe my girl, I’ll say she was amazing, splendid, so unique. Ghana is going to find it tough to find someone like this pretty queen,” he said to Citi News‘ Kwame Dadzie.

Nana Poku recalled his support for Ebony’s music career despite the criticism that came her way for her salacious persona and fashion sense. 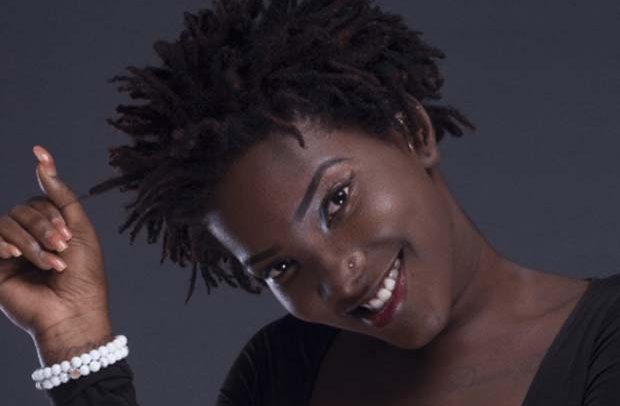 Tributes pour in from top politicians

President Nana Akufo-Addo, former President John Mahama and Vice President Bawumia, were among hundreds of Ghanaians who paid tribute to the artiste after news of her demise broke on Friday.

A number of people took to social media to express their condolences to Ebony’s family and eulogize the artiste. President of the Republic, Nana Akufo-Addo tweeted on Friday, saying: “Saddened by the news of the death of the young, but extremely talented female artiste, Priscilla Opoku-Kwarteng, aka Ebony Reigns”

Former President John Dramani Mahama also tweeted, expressing his sorrow at the death of the artiste and his love for one of her most popular songs ‘Maame hw3’.

Other celebrities and her colleagues in the music industry have also posted on social media about their shock at her death and sympathized with her family and loved ones.

Artiste of the Year in waiting

A number of people, including President of the Musicians Union of Ghana (MUSIGA), Bice Osei Kuffuor had Ebony pegged as one of the favourites to be named Artiste of the Year at the 2018 Vodafone Ghana Music Awards (VGMAs).

Obuor said Ebony’s songs were some of the most popular in 2017, with the starlet being tipped to continue her rise to prominence in 2018.

“Within the last two years that she had been in active professionalism as a musician, you can say that she was the quickest rising star. Because two years ago Ebony was in the unsung category VGMAs which means an Artiste who is now upcoming. A year down she is in the artiste of the year category and it’s actually being rumoured that she is a possible winner of that category. And I don’t doubt that at all,” he said in an interview on the Citi Breakfast Show on Friday.

He explained that Ebony’s contribution to the Ghana music industry has been tremendous considering her small beginnings about two years ago.

Ebony’s passing comes on the back of a stellar 2017 where she rose to superstardom in Ghanaian popular culture.

The singer was discovered by renowned music entrepreneur Bullet of Ruff n Smooth fame in 2015, when she sent in a demo. She was signed to Bullet’s Rufftown record label a day after.

She was widely tipped to be the Artiste of the Year at the Ghana Music Awards in April 2018.

Uber settles with Waymo on self-driving