The Upper East Regional Director of Highways, Philip Samini, has attributed the slow pace of work on the Bolgatanga-Bawku-Pulmakom road and the Navrongo-Chuchuliga-Sandema road to the failure to pay contractors working on the projects.

He said the contractors working on the roads can only finish the work on time to bring relief to drivers and commuters who ply the stretches if the government makes prompt payment of the monies owed them.

Responding to questions from Journalists at a press soiree to address the slow pace of work on the roads in the region, Mr. Samini said the work on the routes can be fast-tracked once payment is made to the contractors.

“The issue is all about money. The contractors working on the Bolgatanga-Bawku-Pulmakom road – Queiroz Galvao – and the one working on the Navrongo-Sandema road – MYTURN Construction Limited – have slowed down the pace of works on the roads because they have not being paid,” he said.

“So we are hoping that monies will be released to them and they will go back to the site. But if money is not released to the contractors, they will have to manage the project, thus the slow pace of work on the roads”. 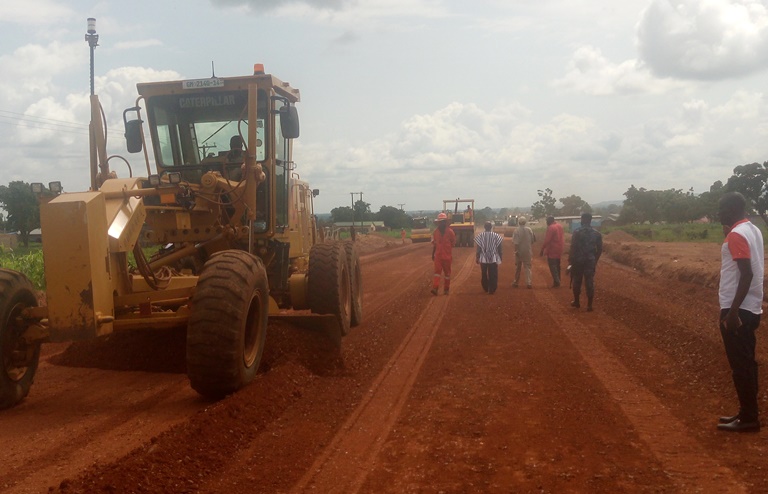 Upper East Regional Minister, Rockson Bukari admitted that the delay in paying contractors is affecting the progress of work on the roads but insisted that the government was working assiduously to settle the arrears soon.

He accused the previous government of not managing the project efficiently leaving the current administration to deal with the fallout of their actions.

“The Bolga-Bawku-Pulmakom road awarded by the previous NDC government was neither put on the Road Fund nor Government of Ghana (GoG) budget but on a different source, which the NPP government is paying dearly for it,” he said

“But as a government, we are committed to completing the roads. The President, Nana Akufo Add has tasked the Minister of Finance Ken Ofori Atta to make some payments to Queiroz Galvao to expedite works and to complete the construction of the road on time.”

However, the Former Minister for Roads and Highways Inusah Fuseini told Citi News, that the government’s inability to pay contractors can be attributed to the slashing of statutory funds.

He could not understand why the government was struggling to pay the contractor on time when the project was put on the road fund by the previous administration.

“The cost of the Bolga-Bawku road construction awarded to Queiroz Galvao is about GHC600m and was put on the road fund which yielded between GHC100m and GHC120m monthly and we paid GHC100m to the contractor before exiting office,” he said.

“However, the slow pace of works on the road can only be attributed to the cut on statutory funds making it difficult to service the contractor.”

He tasked Municipal and District Assemblies to embark on regular clean-up exercises to ensure good sanitation in the region.