The Yendi Divisional Police Command has arrested five persons for causing the destruction of wooden electricity poles after they lost control of bushfires they started.

A number of motorbikes were also seized during the operation.

The situation has cut power supply to several communities along the Mion-Yendi highway. 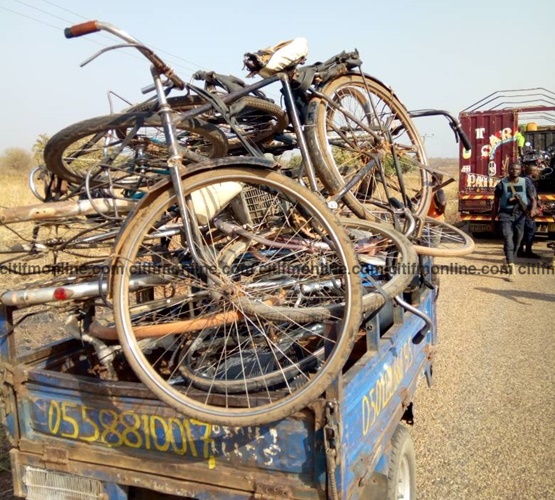 According to the Yendi Divisional Police Commander, Chief Superintendent Kwapong Patrick, his Command has launched a vigorous operation to clamp down on the activities of bush burners.

He described the intensity of bushfires especially during the harmattan season as a human security threat, hence the move to stop the practice.

He cautioned chiefs and opinion leaders in the area against interference in the exercise.

Chief Superintendent Kwapong Patrick advocated a stronger collaboration between his command and the Yendi and Mion district assemblies to fight the menace.

Apart from the burning of wooden electricity poles and people’s homes, large acres of farmlands have been destroyed by out-of-control bushfires over the years.

Several acres of rice plantations have been scorched, worsening the nation’s food challenges.

Those engaged in this nefarious activity consider it a cultural heritage, as they hunt for rats and other animals hiding in the bush.