Parents run helter skelter for their wards at Kumasi Academy

Some parents sprinting in search of their wards

There was panic at the Kumasi Academy on Tuesday, as parents were seen forcibly taking away their wards from the school in the wake of mysterious deaths, involving eight students in 2017.

Four students died earlier in 2017, whilst four have died within the last week, with the latest being today [Tuesday].

Police personnel were dispatched to the school to maintain law and order following earlier agitations from parents. 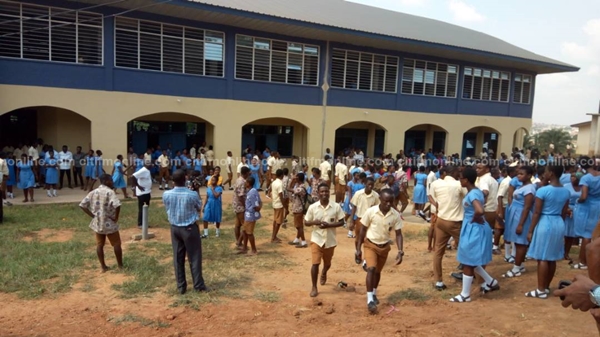 The Ashanti Regional Minister, Simon Osei Mensah, was addressing the school following a meeting with the Regional Security Council on the health crisis.

As he was speaking, two female students of the school collapsed sparking the panic from some parents trying to secure their wards. 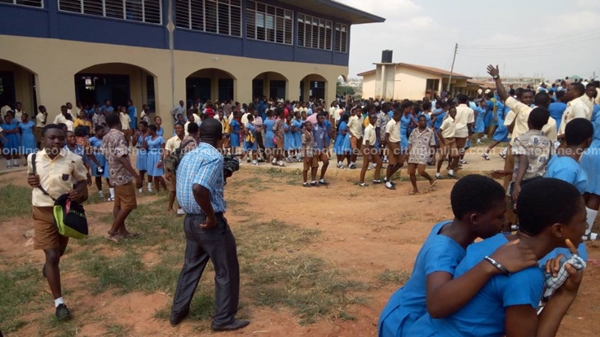 Some students were also seen trying to leave the school’s premises.

Six students have so far been discharged from the KNUST hospital, while 18 others are still on admission.

Indications are that the Noguchi Memorial Institute for Medical Research will present a report on the cause of deaths on Wednesday.

The Ashanti Regional Minister, Simon Osei Mensah, has since told Citi News the Kumasi Academy will be closed down on Friday after students, staff and non-teaching are screened.

This was a decision taken after a meeting with the Regional health directorate and the school’s PTA.

In-camera hearing by Commission of inquiry on new regions ends