John Dramani Mahama’s Special Aide, Joyce Bawa Mogtari, is demanding an apology from the Defence Minister, Dominic Nitiwul, for what she described as disparaging claims he recently made against the former president.

The Minister had said Mr. Mahama had  wrongfully acquired lands belonging to the Ghana Armed Forces, and demanded that he vacates his current residence which is reportedly sited on a land belonging to the military.

[contextly_sidebar id=”gtn0PuuWWbvtMP9iAcVg5qmQJSf9uOAu”]According to Mr. Nitiwul, top officials of the Mahama administration sold lands belonging to the Ghana Armed Forces to cronies during the tenure.

The former president’s office issued a statement debunking these claims, describing them as unfounded.

After that earlier statement saying Mr. Nitiwul’s claims were reckless, Madam Mogtari is now calling on him to apologize to the former Head of State and his family.

Speaking on Eyewitness News, she said: “I will call on him to do what is needful; to extend an appropriate apology to the former president and to his office.”

She stressed further that Mr. Nitiwul could have used more appropriate avenues to air his concerns over the land issues instead of ranting to the media.

“…I believe we should all take this matter very seriously. No private individual, no minster should engage the nation and use the name of the former president in such disparaging terms… I think his comments were most unfortunate,” Madam Mogtari added.

As far as the allegations are concerned, Madam Mogtari, in a stern statement released on Thursday, asserted that Mr. Mahama had not taken possession of any land owned by the military. 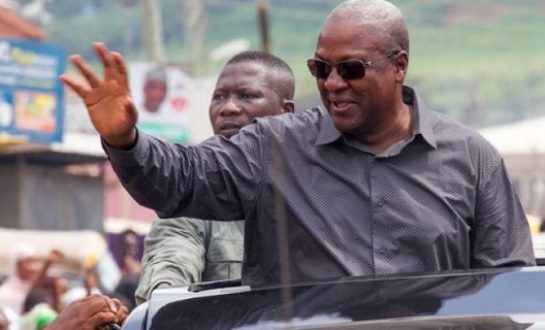 The statement added that, the property in which the former first family currently resides has been at the site for years.

A former Minister of Lands and Natural Resources under the National Democratic Congress [NDC], administration, Inusah Fuseini, who also owns a property on the supposed military land, said the lands were no longer in the custody of the military when they were sold out.