Health officials in the Ashanti Region have ruled out Meningitis as the cause of the recent deaths at the Kumasi Academy (KUMACA).

The officials, however, suspect a bacterial infection in the school.

[contextly_sidebar id=”TlTQ8VhSatd7Io3Vg6g5NP13EVXmHdKJ”]Speaking to the Media, the Ashanti Regional Director of the Ghana Health Service (GHS), Dr. Emmanuel Tenkorang, said “we have done all the tests for meningitis. They are negative, so it shows that the condition is not meningitis.”

In the meantime,  the school is set to be closed down latest by Friday, December 8, following the multiple deaths in the school over the past week. 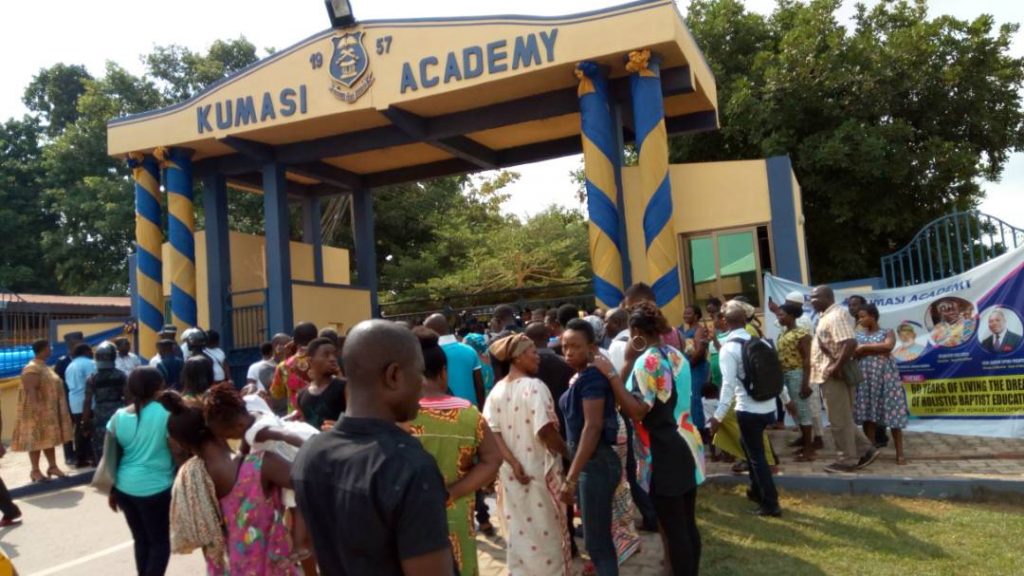 In the days before the closure, a medical team will be administering antibiotics to the students and staff of the school to prevent the infection from spreading.

The Health Service officials are partnering with a medical team from the World Health Organization to screen and treat students who have been infected.

Dr. Tenkorang said the team, after administering the antibiotics, will conduct an intensive survey in the school find the possible source of the bacteria.

“From there, we will do an intensive survey in the school. We will scan the entire environment, we will investigate the kitchen, investigate every staff and the environment to see if there is any infection hiding somewhere that is causing this problem.”

He also appealed to parents to be patient, and support the medical team as they try to solve the problem.

The Noguchi Memorial Institute for Medical Research is also expected to present a report on the cause of deaths on Wednesday.

The deaths were initially suspected to be meningitis-related.

Speaking in Parliament on Tuesday, the Minister of Health, Kwaku Agyemang-Manu, who had been summoned to appear later to provide answers on the issue, noted that “the Head of Public Service and his other colleagues are all in Kumasi. They picked up samples of the blood and the post-mortem was done and they are suspecting Meningitis.”

“I haven’t had any report that indicates anything apart from the suspicion that we had. I may need a little bit of time to get the report, read it before I can brief the House adequately,” he added.

Six students have so far been discharged from the KNUST hospital, while 18 others are still on admission.

Four students died earlier in 2017, whilst three died just last week. Another died on Tuesday morning, prompting parents to raise concerns about the safety of their wards in the school.

Some of the parents stormed the school on Tuesday morning and took their wards home despite the fact that they are about to start examinations next week.

Later on Tuesday, some parents were seen running about on the school premises in search of their wards.

The Ashanti Regional Minister, Simon Osei Mensah, was addressing the school following a meeting with the Regional Security Council on the health crisis, when two female students of the school collapsed sparking the action from some parents.