Police have arrested a 30-year-old suspect in connection with the false terrorist attack alert at the Accra Mall.

His arrest is the outcome of an investigation by the Criminal Investigations Department (CID) of the Ghana Police Service.

“The suspect was arrested in his hideout at Offinso in the Ashanti Region on 1st November, 2017, and is currently assisting Police in investigations,” according to a statement from the police.

[contextly_sidebar id=”3neootwiFm9mTqty7OaG6jO5EwQz9efx”]The police assured that, it has “the capacity to fish out persons who circulate false news on social media and other platforms in relation to issues that can have national security implications.”

Ghana’s Criminal Code states that, the circulation of any statement, rumor or report which is likely to cause fear and alarm to the public or disturb public peace is a misdemeanor.

On September 24, 2017, there were reports on social media about a supposed terror attack at the Accra Mall circulating on social media, and causing fear and panic and marring business activities at the mall.

The police were able to single out Whatsapp as the medium on which the fake message emanated.

Early on, the police noted that, the use of Whatsapp was making difficult for the Cyber Crime Unit to trace the person behind the hoax.

Find below the full statement 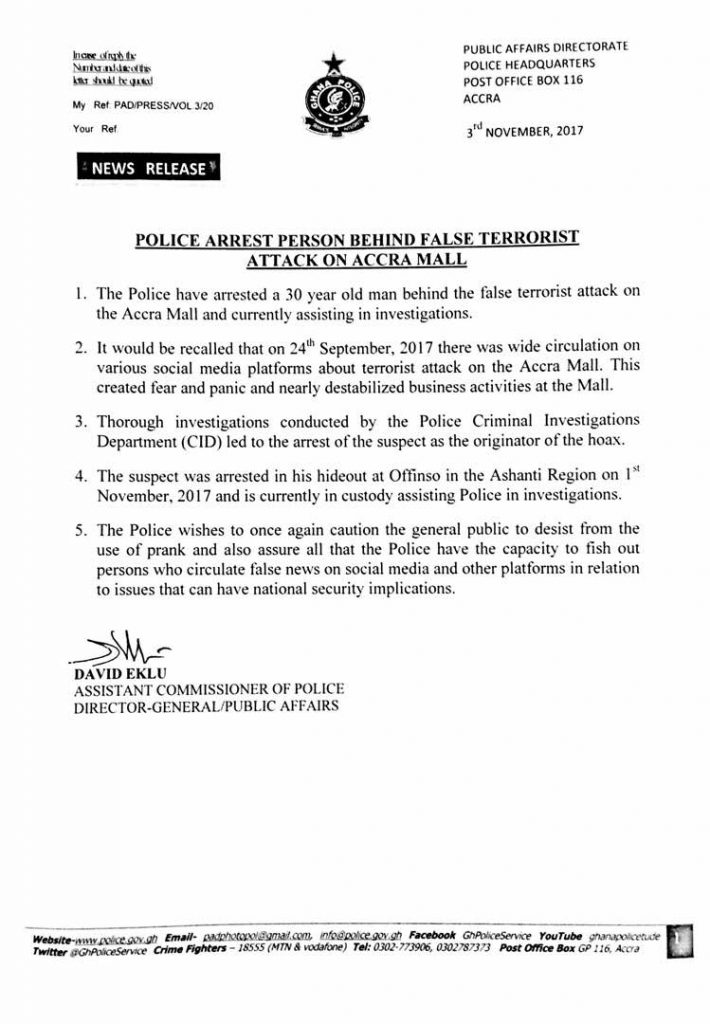