One dead, several others trapped in galamsey pit at Ntotroso

One person has been confirmed dead, with several others believed to have been trapped after a mining pit in which they mining for the precious stone collapsed at Ntotroso, a farming community in the Asutifi North District of the Brong Ahafo Region.

The 25 year deceased, only identified as Christian, and believed to be a Nigerian, and his colleagues, were in the pit prospecting for gold when it caved in.

Several other miners are believed to have been trapped in the pit as both security and community members do not have the capacity to dig the pit in an attempt to save lives or retrieve the bodies. 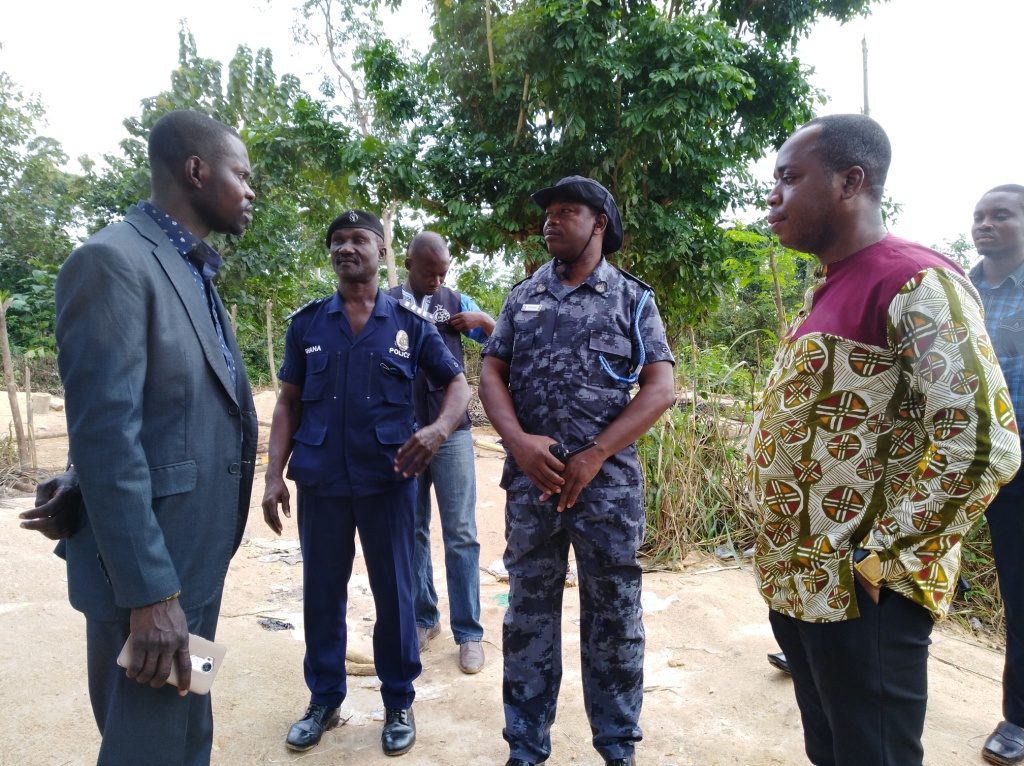 The body of the deceased has since been deposited at the St. Elizabeth Catholic Hospital at Hwidiem in the Asutifi South District awaiting autopsy according to police sources.

The tragic incident reportedly happened at 3:00am on Sunday, when the illegal miners descended into the trenches to look for gold.

Confirming the incident to Citi News, District Police Commander, DSP Teddy Damptey Brown, said they received information of the incident Sunday morning and quickly dispatched a team of officers to the site to assess the situation, and also arrest the illegal miners.

He however said the miners got wind of their intention and absconded.

“When we got there, they had managed to pull out one dead person, left the body there and vanished”, he lamented.

He said the illegal miners have now resorted to mining at night following a scoop at the site in August, where 15 persons were arrested and are currently facing prosecution in Sunyani.

DSP Brown said combating the menace is difficult for the police due to logistical constraints, and appealed to the government and donor agencies to come to their aid.
He noted that illegal miners were well connected, and have informants who give out information about police operations.

He pledged their resolve to increase their patrols and beef up security in all affected areas in the district, and warned that the law will take its course when culprits are arrested.

The District Chief Executive (DCE), Anthony Adjei Mensah, blamed the situation on what he described as the stubborn posture of the victims, and appealed to residents to channel their energies into agriculture.

He disclosed that the District Security Council (DISEC), will engage the chiefs and traditional leaders in the area to dialogue on measures to put an end to the canker as key stakeholders and owners of the land.

Three of the illegal miners were arrested and are currently in custody at Kenyasi. Government has waged a war on illegal mining nationwide, which has seen a significant reduction.

However, a huge number of people still engage in the practice, despite a temporary ban on all forms of small scale mining, as government seeks to protect water bodies, forest reserves and the environment in general.

Although there have been several reports of collapsed mine pits killing many illegal miners, it has not necessarily deterred miners who want to survive at all cost.

In July 2017, 22 illegal miners who were trapped in a Galamsey pit at Prestea in the Western Region, were given a mass burial after a search and rescue team indicated that their bodies could not be retrieved.
–
By: Mashoud Kombat/citifmonline.com/Ghana