They have moved a step further to the Northern Regional Secretariat of the Legal Aid Board to initiate processes that could lead to seeking legal redress if the West African Examinations Council (WAEC), fails to rectify the problem within one week.

Their Spokesperson, Zakaria Hawa, in a Citi News interview accused WAEC of attempting to shortchange their children’s academic future.

She challenged WAEC to prove that their children indeed engaged in examination malpractices particularly during the Mathematics paper.

She said their wards are ever prepared to rewrite the Mathematics paper if WAEC can convince them beyond reasonable doubt.

According to Zakaria Hawa, they promptly responded to a query submitted to them by the Sagnarigu district directorate of education.

Below is the response letter. 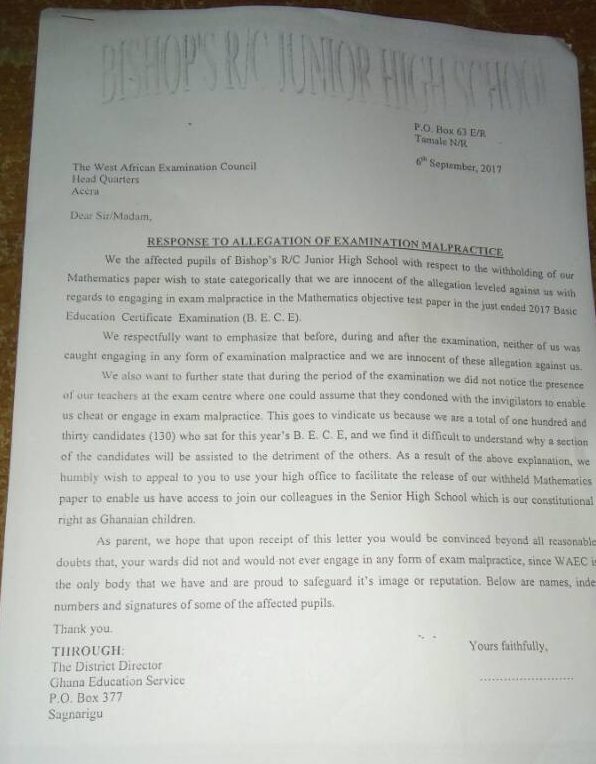