The President’s Municipal Chief Executive nominee for the Savelugu/Nantong Municipal Assembly in the Northern Region, has been confirmed despite two demonstrations against her nomination.

Fifty out of 64 assembly members voted yes for Hajia Ayishetu Seidu, whose nomination sparked hostilities in the Savelugu Township.

The assembly members on Saturday downplayed the impact of the demonstrations and gave her the nod.

Northern Regional Minister, Salifu Saeed, described the development as a sigh of relief. 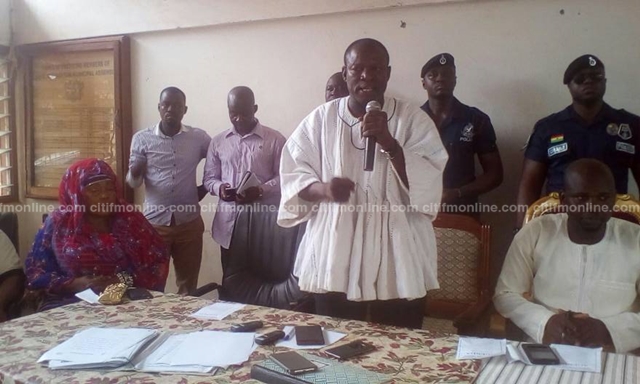 He assured other MCE aspirants of juicy appointments, and urged them to support Hajia Ayishetu Seidu to deliver her mandate.

The women’s Organizer, Kande Amadu, posited that, Hajia Ayishetu Seidu was not a registered voter in the constituency.

She claimed that Hajia Ayishetu Seidu never participated in any party activities ahead of the 2016 polls.

Three out of four female nominees among the 26 MMDCEs in the Northern Region, have been confirmed.

They are Mariam Iddrisu for Sagnarigu, Alele Veronica Heming for Bole and Hajia Ayishetu Seidu for Savelugu/Nantong districts.

It is anticipated that, the President’s District Chief Executive nominee for the Tolon district, Hajia Amama Shaibu will  be confirmed.