Known in private life as Wellington Nathaniel Eshun Jonah, Nana Prah Agyensaim VI is also and a member of the National and Central Regional House of Chiefs is currently the Board Chairman of Perseus Mining Ghana Limited which has its Mine Site in Ayanfuri in the Central Region of Ghana.

His appointment as the TB Ambassador was based on his passion to use his personality to influence behavioural change, create a positive impact in the lives of citizens and to promote development.

Nana Prah Agyensaim VI, a Board Member of Maxam Mining Explosives Limited based in Tarkwa, Western Region, Board Member of Bayport Financial Services Ghana Limited and Board Chairman of Mobus Properties Limited takes over from the hiplife musician Bice Osei Kuffuor known in showbiz as Obour who served as an Ambassador for five years. 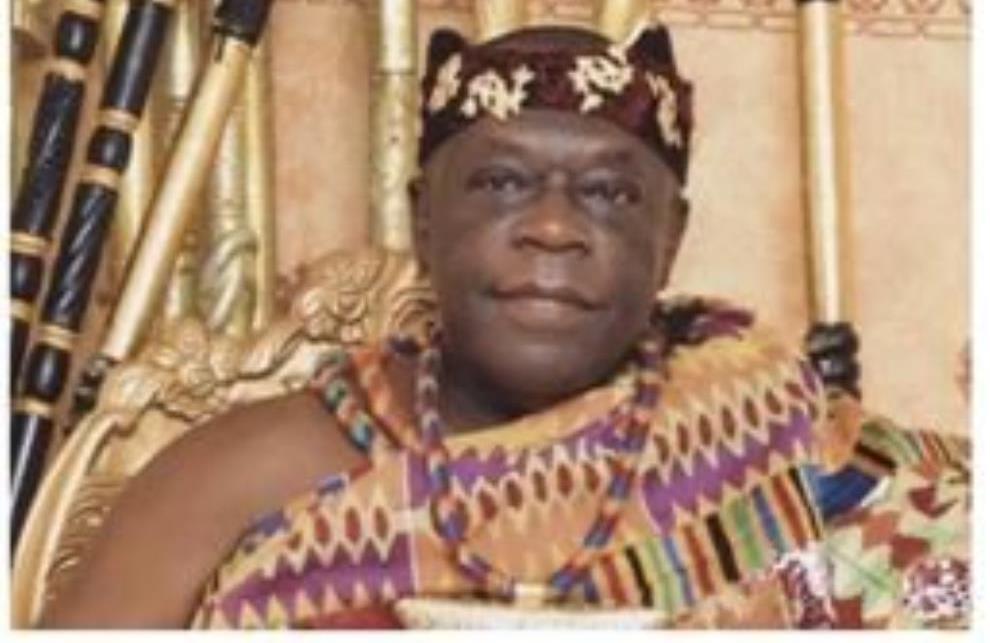 Speaking to the Ghana News Agency, Nana Agyensaim said his main mission as a TB Ambassador would make Ghanaians accept TB patients and help find as many people with the disease and treat them successfully.

He would in partnership with NTP, create awareness about the disease throughout the country, come out with various innovative ways and to send out culturally acceptable as well as listener-friendly TB messages to educate the public and to reduce the fear associated with the disease.

“I am also going to sensitise my fellow chiefs and encourage them to also pass the message on to their people through their sub chiefs and this will demystify the myths surrounding the disease.

“Interestingly, there are several friendly interventions that the NTP is undertaking to prioritise the TB patient for the best of care and happily in spite of all the economic challenges of the country, TB testing and treatment still remain free”.

Ehunabobrim Agyensaim VI who attended University of Guildhall (now Metropolitan University of City of London where he obtained his LLB/BA (Hons) Business Law Degree and was called to the Ghana Bar as a Barrister at Law and Solicitor of the Supreme Court of Ghana in 1998, served as a Member of the Council of State as the constitutional Advisor to then President, John Agyekum Kufuor Ghana from the year 2000-2004.

As the Board Chairman for Tema Development Corporation for eight years, Nana was a mining Consultant for Ashanti Goldfields Company Limited now Anglogold Ashanti Ghana Limited and served on numerous Boards including GHACEM Limited and GHACEM Cement Foundation of which he is the Chairman.

He was also the Chairman of the Board of Governors of Assin State College and the Chairman of the University of Cape Coast/Sam Jonah Endowment Fund. He has currently been appointed the National Tuberculosis Eradication Ambassador for Ghana. He is married to Mrs. Elizabeth Jonah and has three (3) sons and a daughter.

In Ghana, 29 out of every 100 people are infected with TB in Ghana and research report of NTP indicates that TB is prevalent in the rural areas as compared to urban centres, due to the delay of diagnosis and treatment at the rural areas.

TB is curable, its screening and treatment is free hence the need for all to prevent TB deaths.

The ambassador urged corporate Ghana to come on board to support the efforts of the National Programmes so that together the country’s drive towards ending TB before the target year 2035 as set in the Sustainable Development Goals (SDGs) and the Global end TB Strategic Plan would be fulfilled.

Ehunabobrim Prah Agyensiam also appealed to corporate Ghana to support efforts of the national programme in the country’s drive towards ending TB before the target year of 2035 as set out in the Sustainable Development Goals (SDGs) and the Global End TB strategic plan.

He also urged the media to partner with them in the fight against TB through documentaries, jingles and songs that would explain symptoms related to the disease and its prevention.

TB is a chronic disease caused by bacteria which usually affects the lungs and any other part of the body and spreads through the air.

Some of its symptoms include; weight loss, fever and night sweats and is transmitted through cough, sneezing, talking and even shouting.