President-Elect, Nana Addo Dankwa Akufo-Addo, has expressed his profound gratitude to the people of the Upper West region for their support in the just ended national elections.

He said their massive endorsement for him in this year’s polls wiped away his tears of losing the 2012 elections.

Akufo-Addo added that the increase of the NPP’s parliamentary seats in the region from zero in 2012 polls to five in the 2016 election brought him great joy.

Addressing the Upper West Regional House of Chiefs in Wa, on Saturday, as part of his Thank you tour of the region, the President-elect “the saddest day of my life because, as a son of the Danquah-Dombo-Busia tradition, I am fully aware that one of the founders of the tradition, the man who gave an example of selfless service to the people of our country, was no less a person than the late Duri Na, Chief S.D. Dombo. Indeed, our tradition bears his name as one of the initiators.” 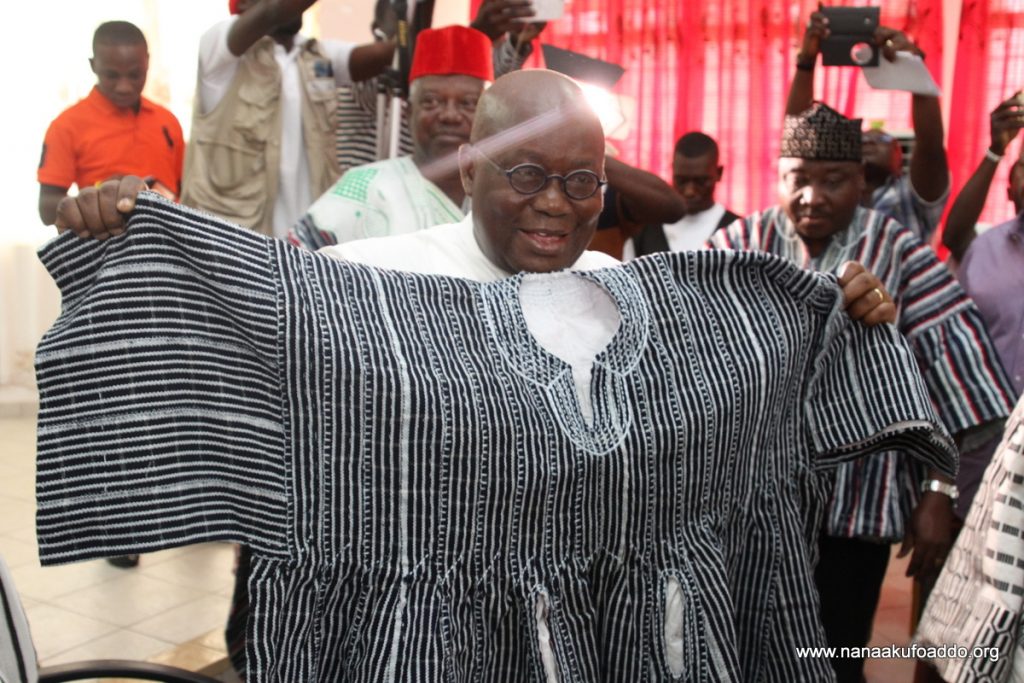 “Beyond him, there were others, B.K. Adama, Jato Kaleo, Na Abayifa Karbo, Mumuni DImbie. These were the great figures in the development of the United Party and, subsequently, the Progress Party. They were the founding pillars of the party of which I have the honour to be leading. Therefore to be told that the region from which they came had turned its back totally on our tradition gave me anguish and sadness that I can never describe. I was inconsolable,” he said. 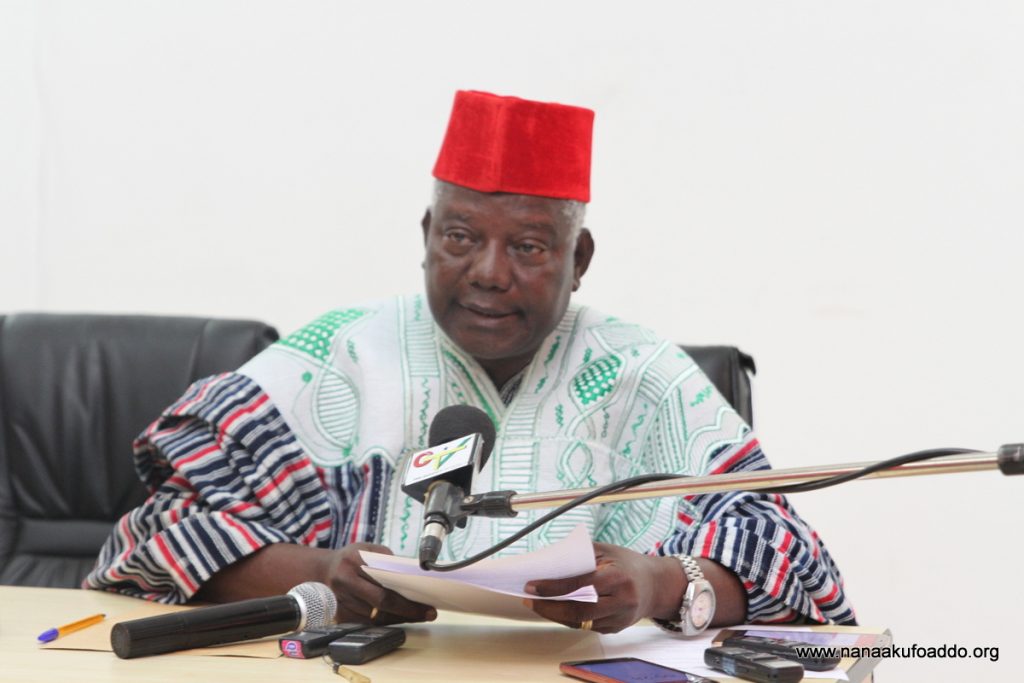 The President-Elect noted, however, that “fortunately, 2016 has now come to wipe away those tears and feeling of sadness. From 0, we have got to 5 out of 11. God willing, the next time, we will get the majority of seats and we will know that we are back again fully. It is a matter of great joy to express to the people of this region my satisfaction about the outcome of the election of 2016.”

He told the Chiefs that he remains resolute and committed to execute all the policies he made during the election 2016 campaigns.

He said assured that chiefs that he would restructure the Savannah Accelerated Development Agency (SADA) to become the Northern Development Authority, “back to the original concept that I mooted in 2008, and for it to become a genuine instrument of progress for the people of the three northern regions of the country.”

“To your north, next door neighbours to us, you know better than I do, what is happening in Burkina Faso. That, today, in Burkina Faso, they are organising year round agriculture. They are able to be an important exporter of food, vegetables to Europe, which is bringing money to their farmers and nation.

“We can do the same here in Ghana, with your support and the support of the people of the region. This is what is animating me, so that in Ghana also we can have all-year round farming that will lift the incomes of our farmers and produce food for our nation,” he added. 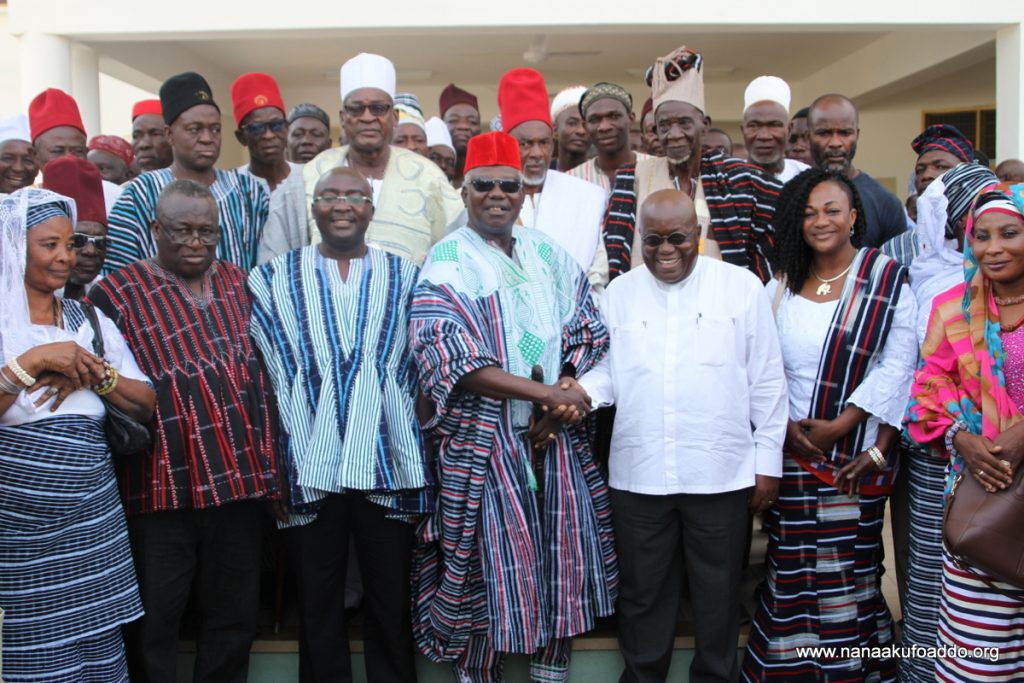 Specifically to the Chiefs of the region and across the country, Nana Akufo-Addo indicated that he intends to work very closely with the traditional authorities in the country, so as to improve the governance of Ghana.

“There is still a gap in the formal constitutional structure of our democracy as far as the involvement of traditional rulers are concerned. It is my intention, with your co-operation and help, that immediately after the formal hand over of authority, members of my team will sit with traditional authorities around our country for us to restructure a more engaged and more involved form of governance in which the traditional authorities of our country will play a part. It will be a major boost to the quality of governance in our country,” he added.