“In the name of Allah they should not go and attack any organizations or youth groups and I will make sure I will protect them because they have helped me to win power,” he said.

He served notice that the party will not tolerate any acts of indiscipline which could jeopardize the region’s peaceful co-existence. 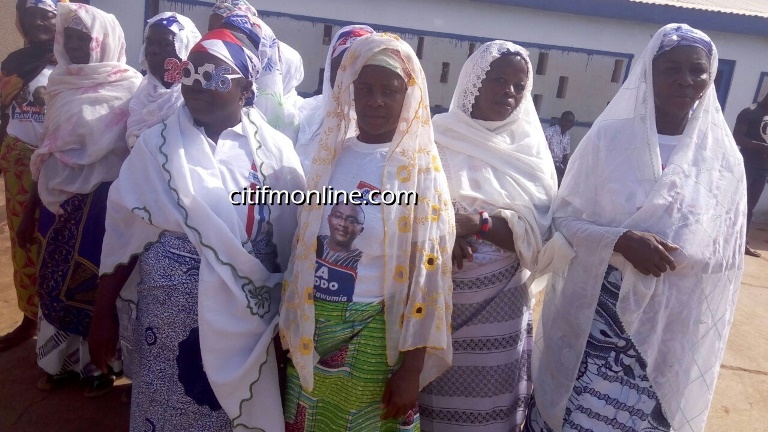 He kicked against public toilets seizure and attacking public offices as witnessed in the past after the 2008 elections.

“My administration will not entertain violence because I cannot work without peace.

“Nana Addo doesn’t want problem. He wants peace to implement his promises which are reality.”

Daniel Bugri Naabu assured Ghanaians that the incoming Nana/Bawumia administration will fulfill its one village one dam, one district one factory and one million Dollars per constituency agenda.

He thanked the electorate for their massive endorsement of the Nana-Bawumia ticket.

He said the NPP will form an all inclusive government to deepen national cohesion.

“I am appealing to the youth of NPP to open their doors just as the regional Chairman I am going to open my doors and receive NDC, APC, CPP and NDP members. Open your gates and let them come and join us.”

He promised to make the NPP attractive to political opponents in the region.

“I have started visiting youth groups of the other political parties and taking ataaya with them and I am going to continue because I need them.”

Hundreds of NPP youth have since the official declaration of the 2016 general elections been in a jubilant mood on the streets of Tamale.

It is against this backdrop, Chairman Bugri Naabu has advised them to jubilate with circumspection.