Inesfly Africa, a Ghanaian based insecticide manufacturing company, specializing in the manufacturing of quality insecticide solutions for the agricultural industry, hospitality and Public health sector, has been adjudged Ghana’s most innovative brand of the year 2016 and Top brand Award at the just ended Brands Leadership Award (BLA).

The award was given to Inesfly Insecticide Paint for its innovative ability to kill insect pests for up to 2 years whilst being totally safe for humans and pets.

The Premier Brands Award is an awards ceremony won on merit and based on research analysis conducted on companies and Brands in the country who have distinguished themselves in their various industries.

Inesfly insecticide paint which is fortified with micro-encapsulated insecticides, kills mosquitoes and other insect pests hence contributing to the eradication of malaria and other vector borne diseases that affect Africa as a whole.

The award was thus conferred on the Inesfly paint as a huge appreciation for their presence in Ghana and their commitment to fight malaria and other vector borne diseases. 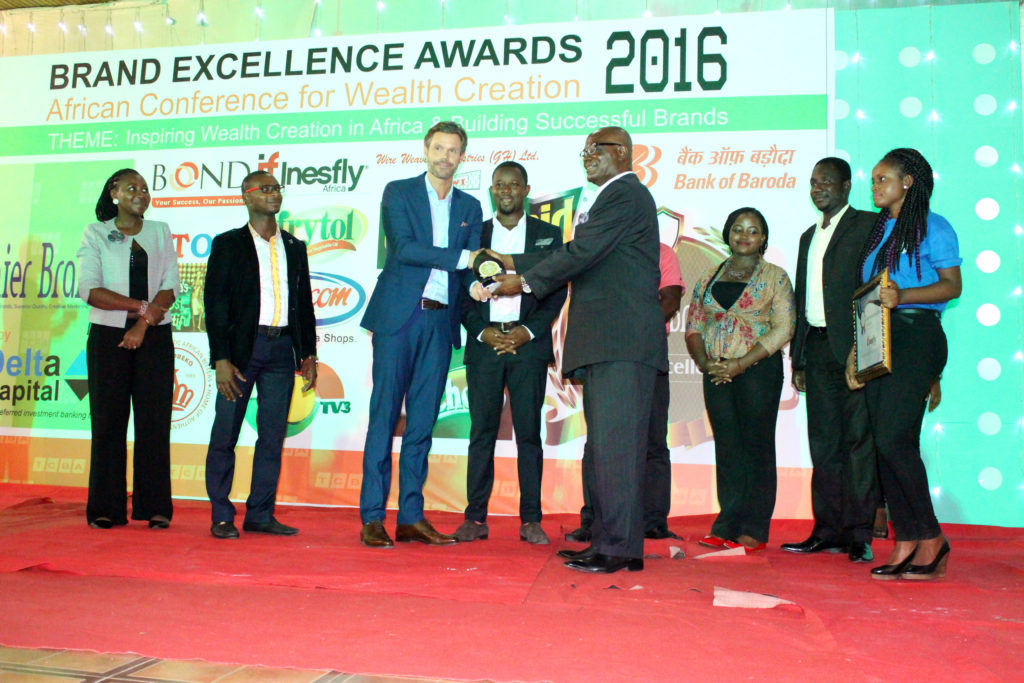 The brand also received a citation for being a socially responsible company through the promotion of good healthcare in the country by embarking on projects in the health industry such as the building of the Adenkrabi Clinic, which serves over 900,000 people in the Ga East Municipality.

Other key projects includes the treatment of the Tema General Hospital, Emergency Unit of the Ridge Regional Hospital, Princess Marie Louise Children Hospital and The Accident & Emergency Ward of The University of Cape Coast Hospital.

The Chief Executive Officer (CEO) of Inesfly Africa, Mr. Michael Sjodin, in his remarks expressed excitement for the prestigious honour saying ‘’Inesfly Africa is ever committed towards innovation and improving lives of   Ghanaians and the people of Africa as a whole through our range of safe insecticide solutions’’.

He went ahead to acknowledge the solid team at Inesfly Africa that ensure all the products manufactured are produced under the highest standards and conditions in the world and also hinted of the company’s vision of maintaining a strong presence in Africa through which the company is set to expand to over 25 African countries by the year 2017.

The Inesfly technology was developed by its founder and renowned scientist, Dr. Pilar Mateo, consists of polymeric micro-encapsulated capsules that allow insecticides to be released in a gradual and slow manner, thereby prolonging the efficacy and reducing the toxicity of the active ingredients making it completely safe for humans and pets.

The products are further fortified by the inclusion of insect growth regulators which prevent insects from fully developing and reproducing.

NPP is anti-northerners, they won’t allow Bawumia to be President – Mahama