The parliamentary candidate of the Great Consolidated Popular Party (GCPP) for the Klottey Korle constituency, Joshua Kofi Rockson, has dropped out of the race and declared his support for the National Democratic Congress’ (NDC) Parliamentary Candidate,  Zanetor Rawlings.

Mr. Rockson said his decision was due to his party`s inability to support his cause in the constituency.

At a press conference today in Accra, Mr. Rockson announced that, “I have come to this conclusion due to numerous development projects Dr. Rawlings have secured for the people of Klottey Korley hence the overwhelming support she has received in the constituency.” 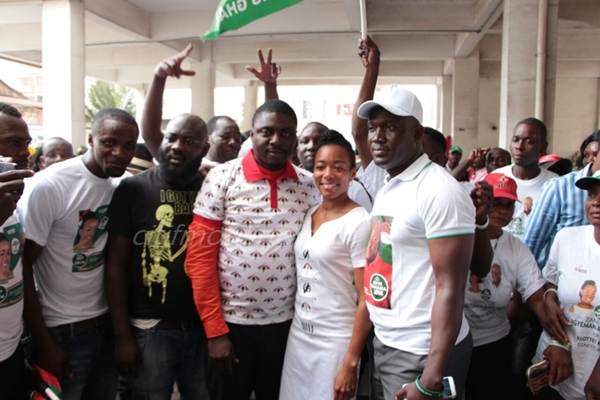 “She is one politician who speaks on issues and has never attacked any political opponent since she began her campaign in this constituency. The NDC is blessed to have such a candidate to lead them; I can see clearly that victory awaits her come December 7.

“I will urge all my supporters and counterparts who have the people of Klottey Korle at heart to do same because Dr. Zanetor Rawlings has proven to be the best candidate to lead the constituency.”