The Togolese, who defeated Ghana at the West African Seven’s tournament held in Togo, saw their side trailed by a slim margin after they were beaten by 10 points to 5 on Sunday.

The two countries who happen to be among the best in West Africa gave each other a hard time with quality Rugby play beyond expectations.

According to Mr Simba Mangena, coach of the Ghana Eagles, his side had a difficult time to win the game because they lost concentration after the first 10 minutes of the game.

The change of schedule from Niger to play Togo meant a change in tactics coupled with the unfortunate loss of key man Dan Hoppe.

Mr Simba mentioned that, there is more room for improvement and promised to work hard on the errors committed to enhance their style of play. He therefore congratulated both teams for the quality rugby displayed to make the game an exciting one.

Speaking to the press, Ouro-Koumoni Mahawiya, coach of Togo, disclosed that despite their loss, they really enjoyed the game adding that he would have been much happier if they had won the match. 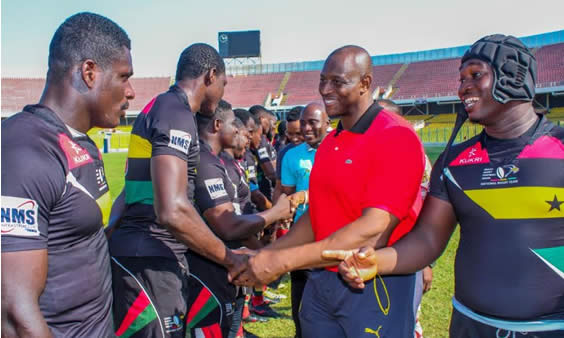 Mensah said he was obviously delighted that Ghana managed to scrape through in the last minutes to emerge as winner, but that it was indeed Rugby in West Africa that walked away with the laurels.

To the players and coaches of Ghana and Togo, he applauded them for working so hard to entertain everybody.

The two Presidents, Herbert Mensah (Ghana) and Modeste Akossan (Togo) started talking about WARS (West Africa Rugby Series) with Mr Edward Pam Fom (Nigeria) as far back as World Rugby Cup 2015, and according to Mensah, this match was a precursor of exciting developments.

Originally, Ghana was scheduled to play Niger and when they pulled out at the last moment, the Togo Rugby Union saved the day by sending a team on very short notice. 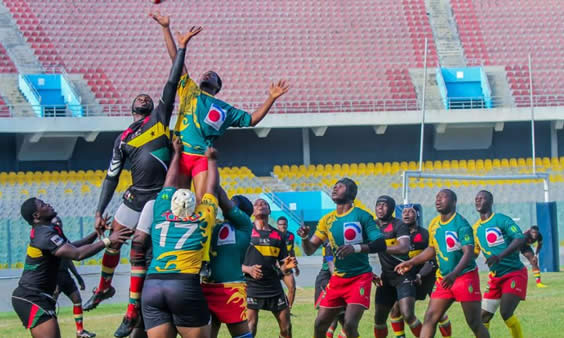 The match officials for the match were made up of the match referee Mr Ignace NDRI (Ivory Coast), and Ghanaian Ishmael Adamah, Benson Botwey and Rob Oram.

Mr Mensah also appreciated GRFU executives for making the friendly possible: Ernest Hansen (Vice President Ghana Rugby) Steve Noi (GRFU Board Member and Tournament Commissioner), Abdul-Aziz Issah (GARA President and GRFU Board Member) and Bismark Amponsah (General Secretary of both the GRFU and CentWest) who was assisted by Thompson Nortey who did his thing in the background.

He singled out Ernest Hanson for mentioning having led by example and raised a substantial amount.

The Ghana Rugby Regional Associations, GARA and CentWest, also launched a special appeal to their members and those who stood up to be counted including Accra Rugby Club, Conquerors RFC, Dansoman Hurricanes RFC, Griffons RFC, Ghana Ladies Rugby and Omar Captan, GARA PRO, in his personal capacity.

Mahama preaches peace ahead of polls