The comedy The Interview has opened in some US cinemas and online, after a cyber-attack and row over its release.

Sony Pictures had pulled the film, which centres on a plot to assassinate North Korean leader Kim Jong-un.

But it reversed its decision after critics – including US President Barack Obama – said freedom of expression was under threat.

Some cinemas organised midnight showings for Americans determined to see The Interview on the big screen.

Several hundred independent cinemas across the US have come forward offering to show the title after larger cinemas decided not to screen it following threats. 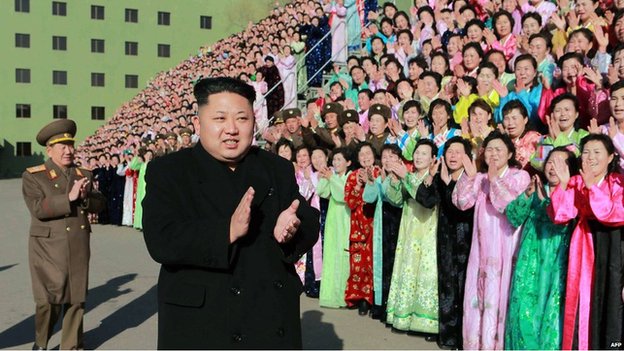 The film is also being offered through a dedicated website and via Google services YouTube and Play, and Microsoft’s Xbox Video platform, but only in the US.

A spokesman for Sony told the BBC the release was US-only “at this point”.

Sony Pictures initially pulled the film after suffering an unprecedented hacking attack at the hands of a group calling itself the Guardians of Peace.

Last week, the US Federal Bureau of Investigation (FBI) said its analysis pointed the finger at North Korea. However, many cybersecurity experts have come forward to dispute this assertion.

North Korea denied being behind the attack but described it as a “righteous deed”.

The hackers threatened to carry out a terrorist attack on cinemas showed the film on its scheduled release date of Christmas Day. After many cinemas pulled out, Sony cancelled the release. 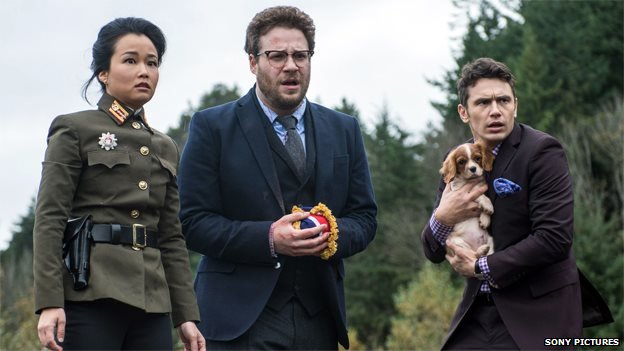 The film was branded an “act of war” by North Korea

That move was described by President Obama as a mistake.

Sony’s Mr Lynton said digital distribution had now been chosen to reverse some of that damage.

“It was essential for our studio to release this movie, especially given the assault upon our business and our employees by those who wanted to stop free speech.

“We chose the path of digital distribution first so as to reach as many people as possible on opening day, and we continue to seek other partners and platforms to further expand the release.”

In a blog post announcing its involvement, Google’s top lawyer David Drummond said the firm had weighed up the potential fallout.

“Last Wednesday Sony began contacting a number of companies, including Google, to ask if we’d be able to make their movie The Interview available online,” Mr Drummond wrote.

“After discussing all the issues, Sony and Google agreed that we could not sit on the sidelines and allow a handful of people to determine the limits of free speech in another country (however silly the content might be).”

If The Interview is anywhere near as gripping as the drama surrounding its release, it’ll wipe the floor at the Oscars, no doubt about it.

After pulling the film, and being strongly criticised by the US president, Sony Pictures has played what was its only possible trump card: calling on help from the likes of Microsoft and Google to get this film out nationwide.

As experts predicted, by using several services – and its own site – Sony will not only manage the load of people flocking to see the movie, but also the stress it may come under from any possible cyber-attack. Knocking one service offline is doable for most competent hacking groups – but Google, Microsoft and Sony all at once? Unlikely.

And with people already flocking to Twitter to – I’m not kidding – livetweet the film’s plot as they watch, it’s well on course to be the biggest movie download we’ve ever seen.

North Korea’s reaction will no doubt be forthcoming. It will probably be furious. The film is, in its eyes, an act of “terror”.

And for movie- and tech-watchers, there’s also a geekier angle to all this. If The Interview smashes records as an online download, could this be the future of film releases – a tandem online launch as well as in cinemas?

Perhaps that’s too far in the future, but the numbers will certainly be totted up at the end of this exercise.

The Interview features James Franco and Seth Rogen as two journalists granted an audience with Mr Kim. The CIA then enlists the pair to assassinate him.

Jordan plane ‘not shot down by IS’