The Nigerian army has recaptured the north-eastern town of Mubi from militant Islamist group Boko Haram, the state governor has said.

A resident of the town confirmed this to the BBC, saying he had seen the bodies of many Boko Haram fighters.

Mubi was the biggest town under the group’s control and is the first it has lost since August, when it declared a caliphate in areas it had seized.

Thousands have been killed since it launched its insurgency in 2009.

Boko Haram last month dismissed the government’s claims to have agreed a ceasefire.

The militants seized Mubi, the second largest town in the north-eastern Adamawa state, in October, renaming it Madinatul Islam – City of Islam.

He said it was “time to rejoice” and the insurgents were “on the run”.

The resident, who is not being named for his own safety, told the BBC Hausa service that civilians had not yet returned to the town, as they feared Boko Haram might try to attack again.

He said there were still not very many soldiers there, and most of the fighting had been done by vigilante groups and hunters.

He also said that he had seen the local leader of Boko Haram in handcuffs after being captured.

The authorities have not commented on this. 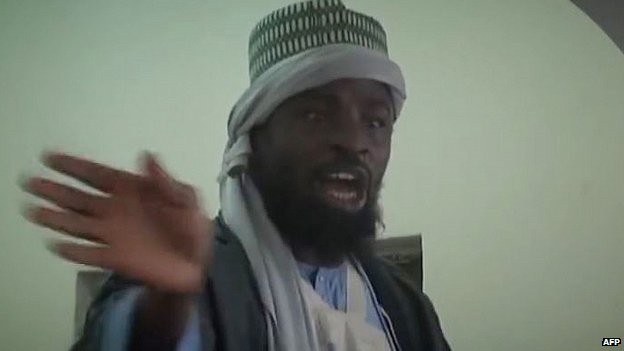 The BBC’s Muhammad Kabir Muhammad in Abuja says that if Nigerian troops have recaptured the town, it will be a rare piece of good news from the region for the army.

Many Nigerians, though, may not be quick to celebrate this success, he says, given that many other towns and villages are still under the group’s control.

Boko Haram has changed tactics in recent months by holding on to territory rather than launching hit-and-run attacks.

In April, the militants captured more than 200 girls from a boarding school in the town of Chibok, in Borno state.

We’ll embark on a strike if … – Ayensu Factory workers