The long-serving governor of the Russian region where a shopping mall fire left dozens of people dead has resigned.

Aman Tuleyev said stepping aside from governing Kemerovo was “the right, conscious and only true decision” following the disaster.

He announced the move in a video address posted on the regional administration’s website.

Last month’s fire killed more than 60 people, most of them children.

Thousands of people protested in the aftermath of the tragedy over alleged safety failings at the Winter Cherry mall.

Investigators say the fire alarm was broken and exits were blocked – and that security guards, who were supposed to help with any emergency evacuation, were among the first to flee when the fire broke out.

Many children became victims because they were using entertainment facilities at the top of the mall, including a cinema whose doors are said to have been locked.

Investigators are looking at whether the fire could have been started by an electrical short-circuit or arson in the children’s play area.

President Vladimir Putin – who visited Kemerovo in the wake of the fire – blamed “criminal negligence” for the blaze.

Mr Tuleyev – whose niece was reportedly killed in the fire – had been governor of the coal-mining region since 1997, AFP news agency reports. 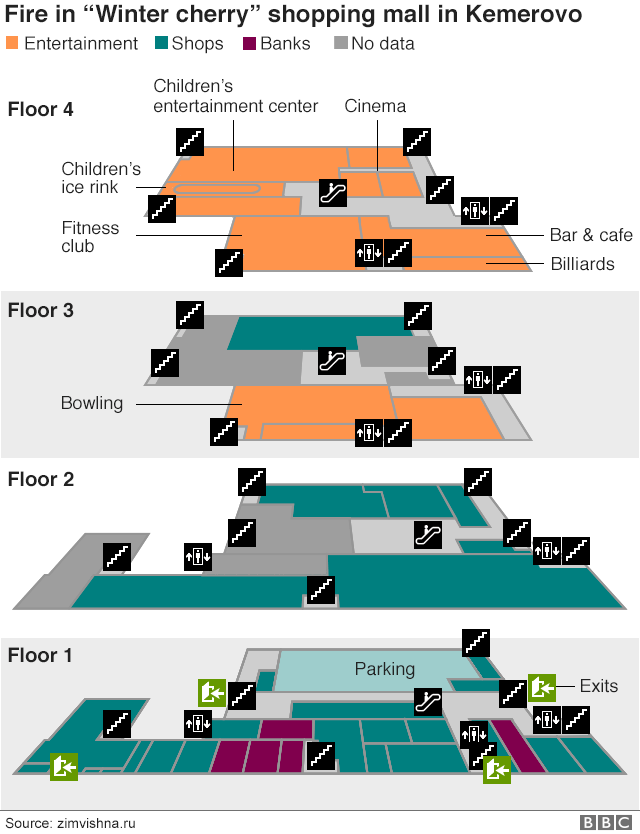 Microsoft gambles on a quantum leap in computing