Alhaj Abdullah Otito Achuliwuor, an aspirant contesting the Upper East Regional Chair of the New Patriotic Party has promised to restructure and reactivate the support base of the party when elected into office.

According to him, the party structures in the region are not well resourced to effectively win the party more parliamentary seats and improve the presidential votes of the party.

Alhaj Achuliwuor, who was speaking at a press conference in Bolgatanga to outline his plans for the party, also said that he would support constituency executives to be “responsive and available to the new paradigm to register new members and increase the region political fortunes.” 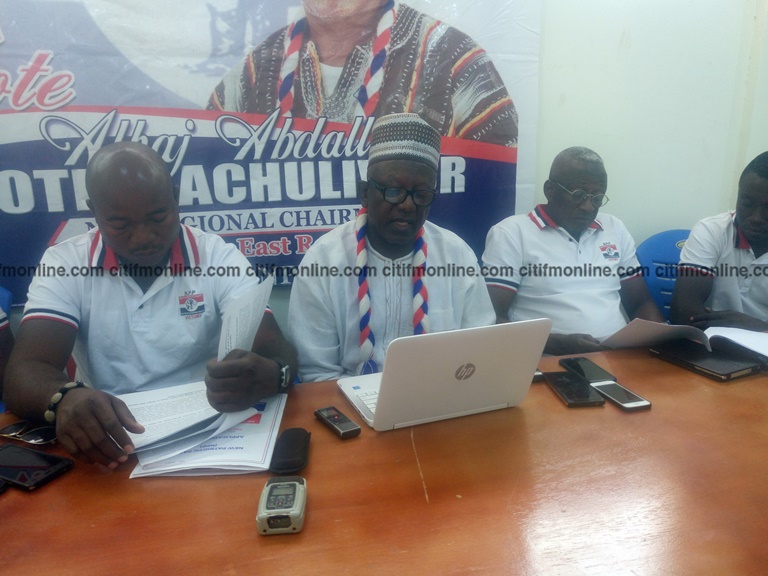 The initiative, he said will also get the Tertiary Students Confederacy (TESCON); student wing of the party to engage community members as part of membership drive in the Region.

He said he would facilitate the constitution of community education teams among TESCON branches on the various campuses, and support them with logistics to enable them to engage community members and explain government policies, programmes and plans to them.

“I have a strong conviction that TESCON members coming from the academia can influence community decisions to bring on board new members to the fold,” he said.

Alhaj Achuliwor noted that the NPP has not been visible in the region and so its performance has not been satisfactory and said he would re-branded the NPP in the region to make it more attractive to win more members to it side, adding that “my administration will ensure that it is done and done well to speed up the membership drive programme.”

“I am poised to change the perception that the NPP was an Akan party in the region and indicated that it was fair for the electorates to know that the party carved the name New Patriotic Party from the Northern People’s Party which was an extension of the Danquah-Dombo-Busia tradition.

As part of strategies to disabuse the minds of people that the NPP was Akan party, Alhaj Achuliwuor emphasized on the need to make people appreciate some belongingness to clear the perception which their opponents used against it.

He further noted that strategies would be in place to engage party members to reap the fruits of their struggle”.

“I shall commission a survey to take data of our members in the region. This data would look out for artisans and these artisans would be attached to contractors who win contracts. My office shall sign a memorandum of understanding with the contractors to engage member artisans.”

This, according to Alhaj Achuliwor would clear the way and ensure that members who may have the capacity to win contracts are engaged to earn a living and further expand the party’s chances and make it attractive in the Region.

He also hinted that plans were far advanced to bring on board eminent elders of the party with the pedigree to bring all party members together and eliminate issues of factionalism because they were a family even though they deserved and reserved their differences.