NDC still has great people of integrity but… – Rawlings

There are several people with integrity still within the opposition National Democratic Congress (NDC), however the majority who wield influence within the party are without integrity.

This is the belief of former President Jerry John Rawlings.

According to the former President and NDC Founder, some media propagandists sponsored by individuals within the party deliberately twist the truth in what he says to court disaffection for him.

In an address delivered at a Town Hall meeting of cadres and NDC activists at the Arts Centre in Accra on Saturday, Mr. Rawlings extolled Martin Amidu’s virtues as a man of integrity.

He said, “When people in NDC and NPP are equally angry about the appointment of Martin Amidu, what should it tell you? Martin should have been used by us (NDC) but no, we checked him in, when he is an embodiment of what we stand for.”

Making reference to his recent tweets on the spate armed robberies in the country, which had courted some controversy, the former President said “if such reports come out and we cannot analyze them properly then people would always outwit us and our own people would also do the same.” 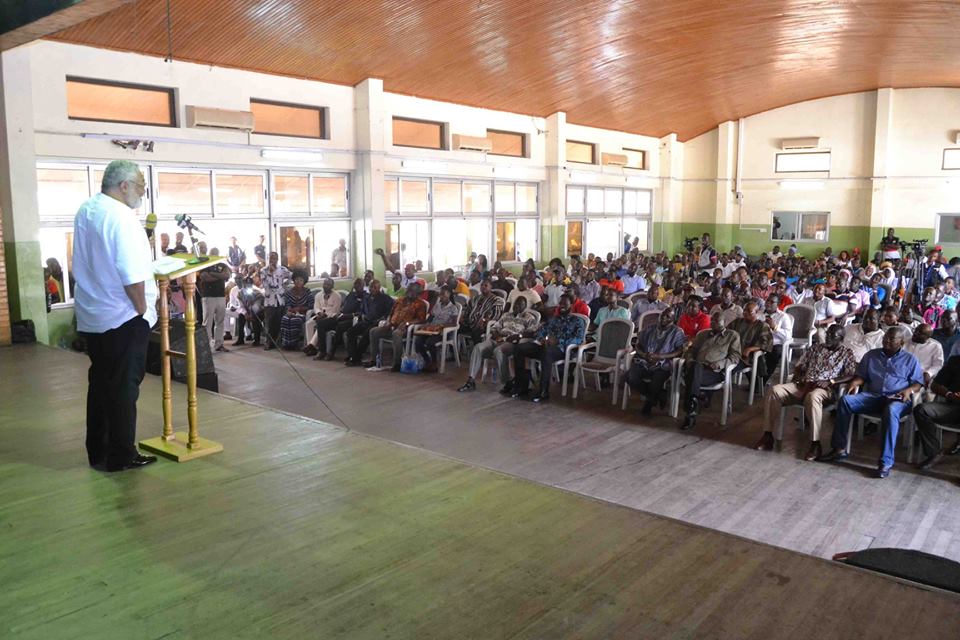 The former President said he had witnessed a lot of negative actions during the Kufuor, Mills and Mahama periods, noting that, if such negative actions against him come from the NPP he would not have been surprised but coming from his own people was difficult to take.

He said “just as we have many psychiatrically challenged personalities holding bibles with many followers, so do we have in politics too. And if we don’t recognize them quickly and find a way of pushing them out then we are destined for failure.”

Responding to allegations by a leading member of the New Patriotic Party (NPP) that he was protecting Marwan Traboulsi who has a large-scale cargo operation at the Kotoka International Airport, Mr. Rawlings brushed off the business link and described Mr. Traboulsi as a brilliant and efficient personality who turned around cargo handling operations at the airport.

“I will defend him any day as one of the most efficient and brilliant minds that I have come across. He was one of the first to go into large-scale farming and the export of pineapples during the revolution. Others did the same but his operations were so efficient that he was doing much better than some of the others. He later secured an aircraft that not only exported his produce but that of other farmers,” Flt Lt Rawlings said.

“His efficiency level was so high we could beat South Africa by 30 minutes in cargo handling operations. Today, some want to spoil the names of good people just like we do in our party,” the former President stated.

No cause for alarm over drug-resistant TB case – GHS