Passersby gathered around the scene of the accident

Activities around the Graphic Road area in Accra were disrupted on Friday morning by a bizarre incident in which a young man believed to be in his twenties fell some 40 feet to his death from the Overpass linking the area to Kaneshie.

The deceased, visibly unkempt suffered a gaping head wound as a result of the fall. 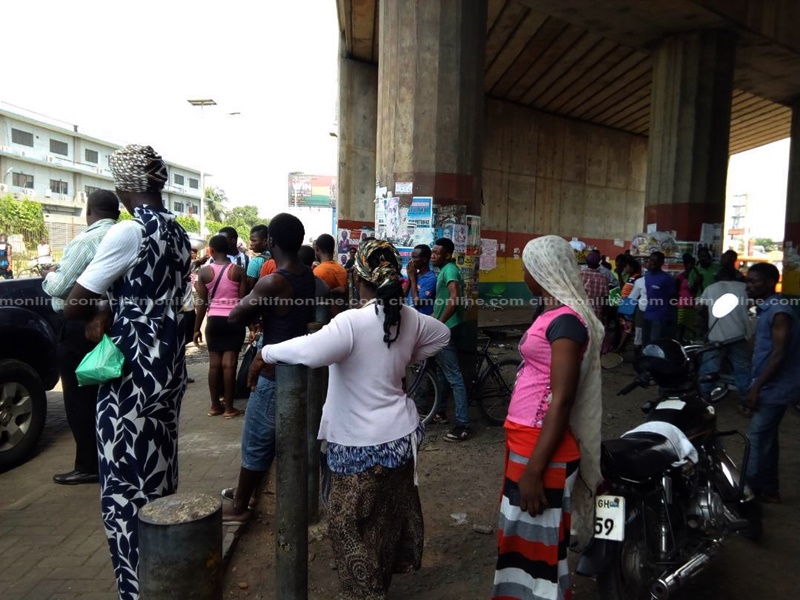 Eyewitnesses say the incident happened around 9:00am of Friday after the deceased was seen staggering on the Overpass.

It is unclear what led to the fall, but his body has been picked up by the police and deposited at the morgue.

Indications are that most of the persons did not see the actual fall.

“What Eyewitness tell me was that they were there around 9:00am when they heard a loud sound and [saw that] somebody had fallen, [but] they cannot tell me exactly what happened,” Citi News‘ Farida Shaibu reported from the scene.

One of the eyewitnesses told her that “it was after the fall that we realized he was a human being because of the speed with which he fell. It was really fast.”

GACC urges gov’t to deal with corruption in water sector