A wooden foot-bridge that serves over 500 residents within the Asokwa Municipality is posing danger to the lives of commuters.

The bridge which links the Ahinsan electoral area to the Kumasi metropolis and other parts of the Ashanti Region serves residents from areas like; Anloga, Sobolo and Oforikrom.

Residents fear they could be cut off from the Kumasi metropolis and other areas in the region if immediate steps are not taken to repair the facility which is in a deplorable state. 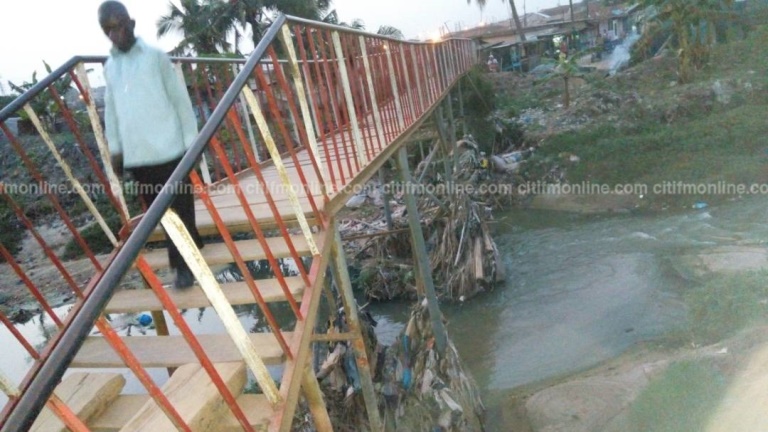 According to residents, they find it very difficult and dangerous crossing the drain where the wooden foot-bridge is situated especially during the rainy season.

Commuters from these areas use the dilapidated wooden foot-bridge every day to and from their destinations.

The bridge which is situated on the drain that has developed deep gullies as a result of erosion.

It is the only facility in the area that links the Ahinsan community to other areas of the Ashanti Region.

The bridge has also developed gaping holes making movement on it dangerous.

The metals holding the bridge to the ground are hanging as a result of the erosion along the edges of the drain.

14-year-old pupil of the New Vision International School, Kuffour Bismark, who is part of the commuters who use this facility daily, is worried about the state of the bridge. 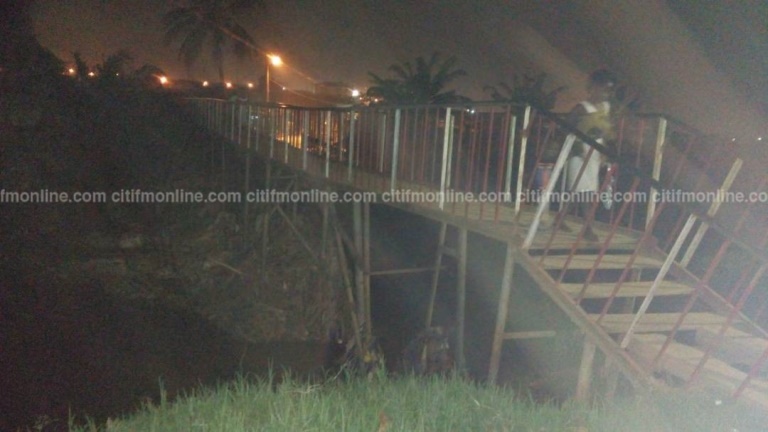 He told Citi News that he finds it difficult crossing the drain to school especially during the rainy season. “When it rains and I am coming from Anloga to Estate, I am always afraid. Sometimes my leg can enter the holes created in the bridge and that can hurt me. This is the only bridge that links my house to my school,” he lamented.

Other commuters who use the facility have called on city authority to immediately repair the bridge.

The residents who spoke to Citi News will not call for the closure of the bridge because of the additional burden and inconveniences the closure to bring to them.

Assembly Member for the Ahinsan Electoral area, Nana Yaw Wiredu has appealed for urgent help to avert any disaster.

He said efforts are being made to get authorities from the Kumasi Metropolitan Assembly (KMA) to repair the footbridge since the newly created Asokwa Municipal Assembly lacks the capacity to undertake such project.

“If you go to the bridge and see what is happening there, I will say it is a death trap because anything can happen. The edges of the drain where the bridge is located have been chopped off due to erosion”, he explained.

Mr Wiredu indicated that he has written several letters to officials of the National Disaster Management Organization (NADMO) and the Urban Roads Department to intervene in the matter.