The International boxing Organisation has formally written to BabyJet promotions to notify them of Emmanuel “Game Boy” Tagoe’s mandatory challenger.

An intercepted email from the IBO’s President Ed Levine, charged Emmanuel Tagoe to defend his IBO World Lightweight title against Russian Fedor Papazov not later than the 15th of June 2018. 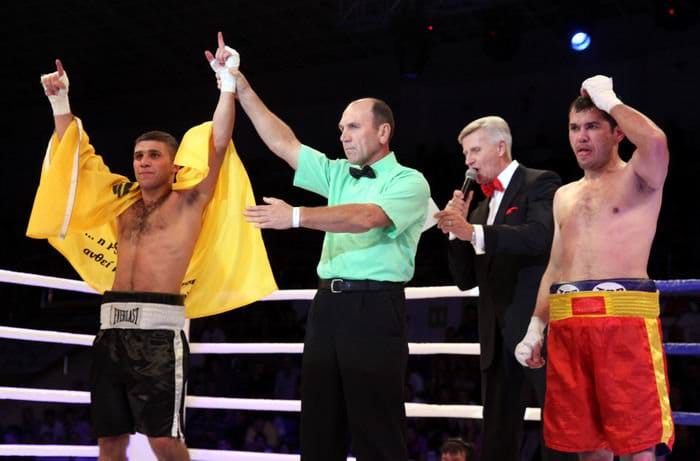 Papazov beat Howik Bebraham via a split decision on the 10th of March to become the IBO Intercontinental Lightweight champion and number one contender for Tagoe’s title.

The IBO has charged the two camps to begin negotiations and come to an agreement within 30 days from the tabled date.

It added that should the parties fail to reach an agreement the IBO shall determine a date to receive purse bids.

The email concluded that either party may notify the IBO if an agreement is not reached to allow the IBO to proceed with arrangements for a purse bid.

Emmanuel Tagoe was heavily criticized for his performance despite beating Argentine Fernando David Saucedo in his first defense of the IBO strap at the Bukom boxing Arena in Accra in January.
–
By: Hans Mensah Andoh/ Beach FM