Members of a group calling itself Concerned Citizens of Atewa Landscape are embarking on a six-day walk from Kyebi in the Eastern Region to Accra, in a bid to put pressure on government to preserve the Atewa forest reserve against any form of mining activity.

The walk, which began on Saturday March 17, is aimed at drawing government’s attention to rescind its decision to mine bauxite in the Atewa forest reserve.

“The walk will cover a total estimated distance of 95 km, starting from the forest landscape in the East Akyem District to the capital city, Accra. Six (6) selected water heroes from the forest landscape will engage in the walk; carrying water collected from the Densu River, Ayensu and Birim (which take their source from the Atewa Forest) to the President of Ghana,” a statement from the group said. 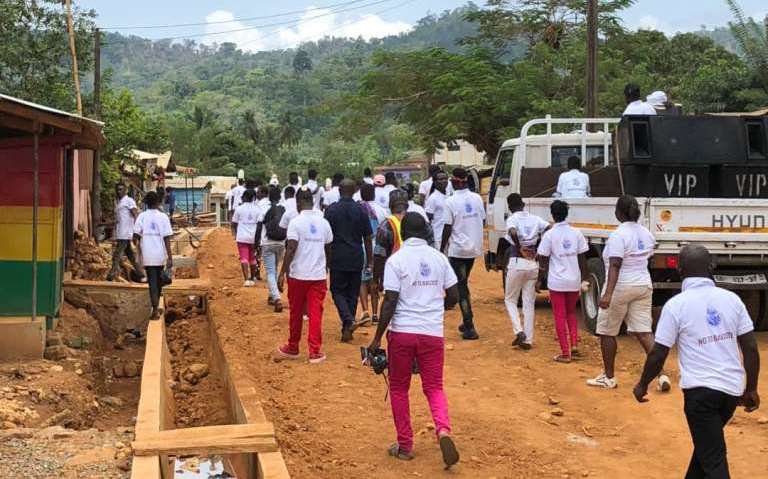 The walk dubbed: “Atewa Walk For Water” an event being organized ahead of this year’s world water day celebration is currently in its second day and will end on March 22, 2018.

Vice President Dr. Alhaji Bawumia in 2017 led a high powered government delegation to sign a $15 billion agreement with Chinese investors to mine bauxite at Atewa in the Eastern Region and Nyinahin in the Ashanti Region, a move the group believes will negatively affect the whole country.

In an interview with Citi News, the leader of the group, Darryl Bosu, stated that the country would benefit immensely from conserving the Atewa Forest reserve instead of what it will get from mining bauxite in it.

“Over 3 million Ghanaians benefit directly from the Atewa forest reserve, 3 main rivers like Ayensu, Densu and Birim take their source from the Atewa, and these rivers provide water for majority of people in the Eastern Region and the Greater Accra region on a daily basis.”

“What do we think will happen to these rivers should government embark on their decision to mine bauxite in the forest. A lot of companies thar use water will collapse, farmers who rely heavily on these rivers which flow through their farms to water their farm produce will have no water to do that, and it will end up affecting their cultivation which will cause food shortage. Villages which do not have access to potable water and rely on these rivers for their daily livelihood will also go through torrid times.”

Bosu added that, “the negativity far outwits the immediate economic benefits the country stands to gain should they mine the bauxite”.

Daryl Bosu further called on civil society organizations to join hands to save the Atewa forest and its water bodies.

“We believe if government upgrades and elevates the Atewa forest reserve into a national park just like the Kakum park, it will boost the tourism industry, boost the local economy by providing jobs for the local citizens, create and improve market in the areas, pull investors to construct hotels, rest stops and restaurants for tourists who will come from far and near to experience the natural beautiful scenery and environment with all these wonderful species of animals and flying insects. Recently, an endangered species of monkey was found in the Atewa forest which cannot be found anywhere in Africa.” 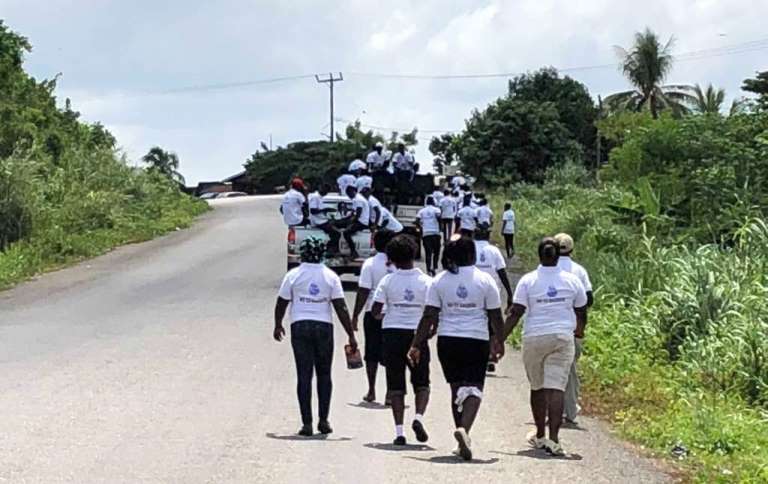 “We are concerned about the lives of the millions of people in the country who depend on water so we are calling on all and sundry to join the campaign and save the Atewa forest to save our water”.

The group began the walk from Segyimase to Kyebi where they petitioned the Municipal Chief Executive of East Akyem and Osagyefo Amoatia Ofori-Panin, the overlord of Akyem Abuakwa Traditional Council.

The group will however continue the walk from Apedwa to Suhum through to Nsawam, Pokuase, Accra and round it up at the Flagstaff house where a petition will be presented to President Nana Akufo-Addo.

Stakeholders to meet on support for displaced Zabzugu residents