Nana Addo interacting with Rwanda's President, Paul Kagame and others

The President of the Republic, Nana Addo Dankwa Akufo-Addo, says Ghana is fully committed to the success of the Continental Free Trade Area (CFTA), after its formal launch in Kigali, Rwanda, at an Extraordinary Session of the Assembly of Heads of State and Government of the African Union, on Wednesday, 21st March, 2018.

With the CFAT described as “the largest free trade area created since the formation of the World Trade Organisation”, President Akufo-Addo noted that Ghana has already indicated her readiness to host the CFTA Secretariat in Accra. 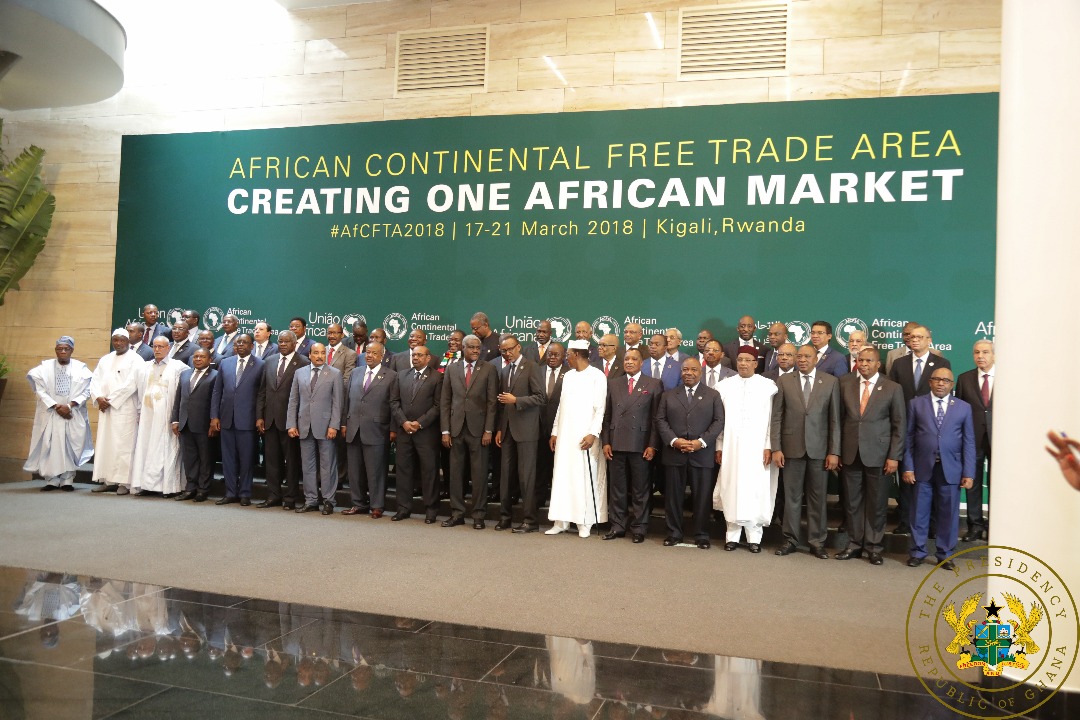 The coming into being of the CFTA, according to President Akufo-Addo, is one of the most important decisions the African Union will ever take. 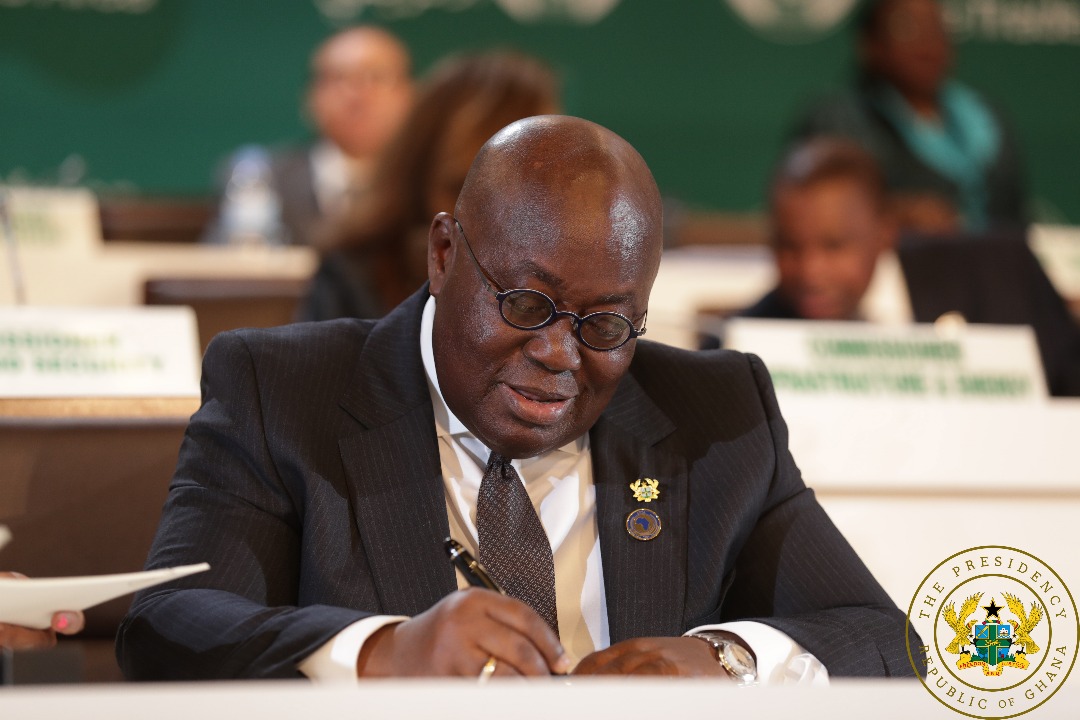 “Fifty five years ago, the Organisation of African Unity (OAU) was formed to spearhead the struggle for liberation and de-colonization of our continent. Its triumph ushered us into the era of the African Union (AU), our continental body, which is now the champion of our collective interests in the global community,” he said.

The President continued, “The time is now right that we demonstrate strong political will to make the African Union an economic and political success, and to make the project of integration real.” 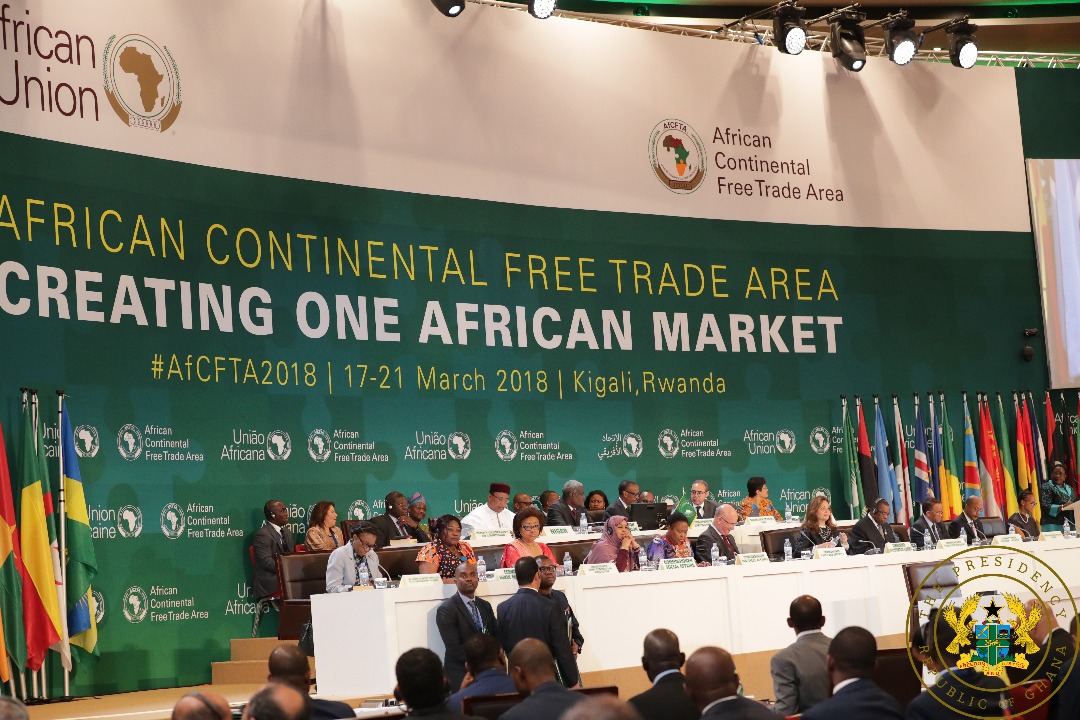 With Africa’s population set to reach some 2 billion people in 20 years time, President Akufo-Addo noted that an African Common Market presents immense opportunities to bring prosperity to the continent with hard work, enterprise and creativity, hence, the importance of the success of the Continental Free Trade Area.

“A working, common continental market has to be a very fundamental objective of all peoples and governments on the continent. Research has shown that countries or groups of countries with the largest share of world trade are located within regions with the highest levels of intra-regional trade. It is thus vital that the treaty works, and that the Continental Free Trade Area becomes reality,” he said.

An increase in trade, President Akufo-Addo explained, is the surest way to develop fruitful relations between African countries. 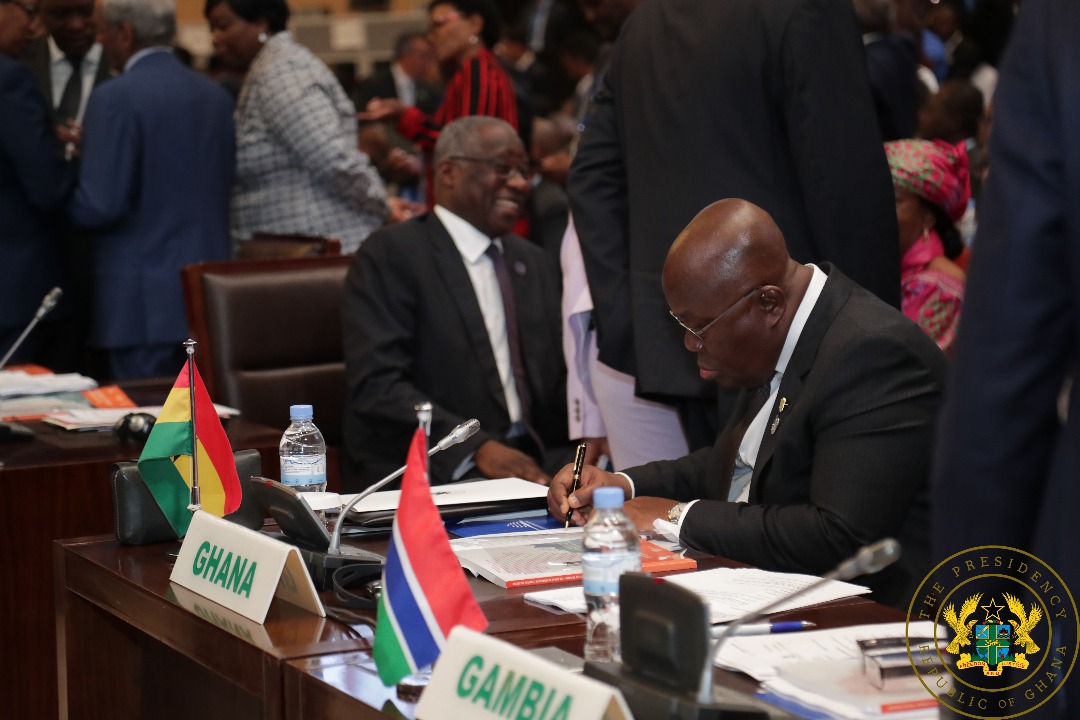 “An increase in trade is the surest way to develop fruitful relations between our respective countries. It will mean a rapid increase in exchanges of our agricultural, financial, industrial, scientific and technological products, which would enhance dramatically our attainment of prosperity, and the prospects of employment for the broad masses of Africans, particularly our youth,” the President added.

President Akufo-Addo appended his signature to the three legal instruments namely the Agreement establishing the Continental Free Trade Area; the Protocol on Free Movement of Persons; and the Kigali Declaration, which have brought the CFTA into being