The Works and Housing Minister, Samuel Atta-Akyea, has said the cycle of flooding and desilting drains in Accra will continue if a permanent solution is not adopted.

Appearing before Parliament on Wednesday morning after he had been summoned, Atta-Akyea said the desilting of drains was once again the “quick fix” measure put in place to prevent flooding ahead of the rainy season.

[contextly_sidebar id=”KbjVgUHOinzr6RqBXK1eBniGmApZsEIX”]The Minister, however said the GHc 5.5 million allocated for the desilting was not even enough.

“Desilting is going on and they are dredging the Odaw River and the rest of them. So when we take out the silt for easy flow [of runoff water], you won’t have that kind of spillover which is always disastrous. This is the immediate solution.”

“But I am saying that if Ghana should have a permanent solution, we should go to places where you will not see filth floating in drains. You won’t see any sewage. Everything is underground and it is going to cost this country huge sums of money but we better start to have a permanent fix,” Mr. Atta-Akyea said.

Without this permanent solution, he said the cycle of seeking funds for desilting drains which will eventually be filled with rubbish again “will never end.”

A year ago, Mr. Atta-Akyea, made similar comments ahead of the rainy season saying it will cost Ghana over $700 million to effectively and permanently deal with the perennial flooding in the Greater Accra Region alone.

He held that Ghana had the technical expertise to deal with the flooding once and for all but was only in need of funds. 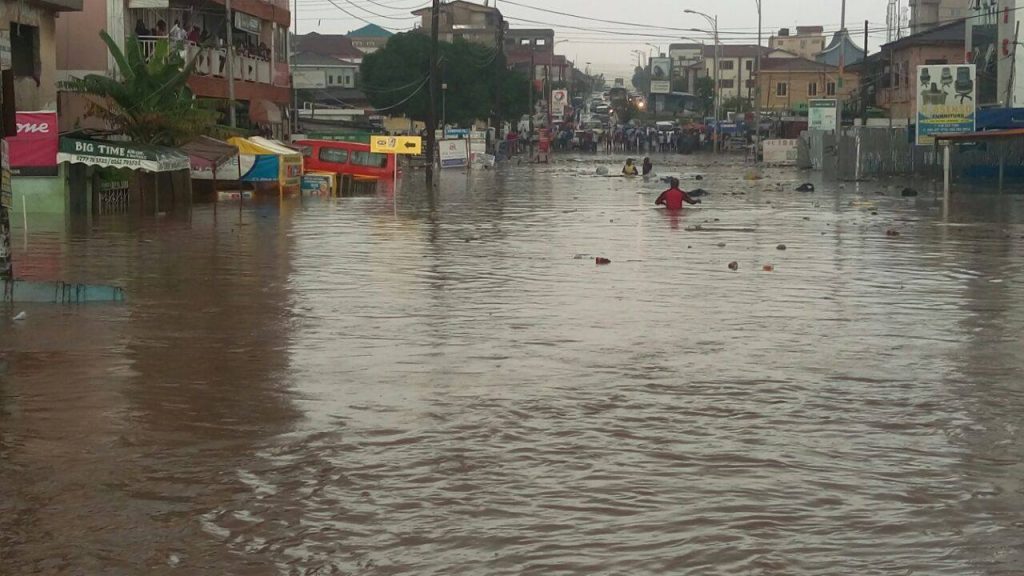 In November 2017, Mr. Atta-Akyea said the government had put together a road-map to provide permanent infrastructure solution to the flooding problem.

But because of the capital expenditure for the provision of the drainage and sewage to fix the recurring floods are beyond the national budget, he said there would be the need to seek external help.

No details were given on this permanent solution at the time.

Also a year ago, the now-Deputy Minister of Local Government and Rural Development, O.B. Amoah, attributed Accra’s continuous flooding challenges to the failure of the Mahama administration to implement the CONTI project.

Mr. Amoah said the Mahama administration had ostensibly deceived the country after Ghana and the Conti Group of Companies of the United States of America signed a $660 million agreement for a drainage and sewage project in 2013 that is yet to materialize.

The widely publicized project was to involve the construction of a massive drainage system for Accra to deal with Accra’s perennial flooding issues.