Empowering home-grown companies will be key to realizing the ‘Ghana Beyond Aid’ agenda as it will spark a major economic turnaround, broadcaster Paul Adom-Otchere has said.

It is for this reason that Mr. Adom-Otchere views the controversial attempted merger between uniBank and adb as unfortunate.

[contextly_sidebar id=”R1wLsTAnMwtUf9a2nMKfZ6A0vCcJsqNx”]Commenting on the uniBank-adb saga on his Good Evening Ghana show on Metro TV, he said backing the merger would have been the first step in perhaps establishing a strong indigenous bank.

Only indigenous banks will ultimately have the interests of the Ghanaian economy at heart, he stressed.

Though there may be growing pains for these local companies, Mr. Adom-Otchere said they must be allowed to make and learn from their mistakes.

In his view, the attempted merger of adb and uniBank should excite Ghanaians, especially since it appears the Chairman of Belstar Capital Limited, Kofi Ampim, was providing a monetary foundation for the move.

“This event of having such Ghanaians who are able to raise such humongous amounts of money should excite us; that Kofi Ampim can go out there and raise this kind of money, it should excite us. We should be happy that we have a Kofi Ampim within our economy who is willing to strengthen an indigenous bank and make it big.”

“We must be able to create a huge indigenous bank private sector led,” the  Good Evening Ghana host concluded.

Last week, a major change within the banking sector was anticipated when reports emerged that uniBank had taken over adb after four shareholders of the development bank; comprising Belstar Capital, Starmount Development company, EDC and SIC Financial Services Limited, pledged their shares, proceeds, entitlements and voting rights to uniBank.

Per the move, uniBank would have assumed a controlling interest in adb as the total shares of the consortium would have amounted to some 51%. 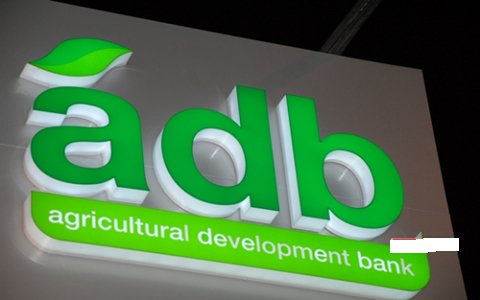 The Chief Executive Officer of uniBank, Dr. Kwabena Duffour Jr., later told Citi News that uniBank had control over adb and that the move was in the best interest of the banking industry.

This was however followed by a u-turn from uniBank, after adb was suspended by the Ghana Stock Exchange and the Bank of Ghana announced that it had not approved a purported takeover.

adb also came out to deny media reports that uniBank had taken over its operations.

Citi Business News later reported that SIC Financial Services Limited (SIC-FSL) had not pledged its shares in adb to uniBank in fulfillment of an earlier financial commitment.

adb in a statement admitted to receiving letters from Belstar Capital Limited, Starmount Investment Limited and EDC Limited for pledging their various shares in the bank to uniBank, but it did not mention receiving same from SIC-FSL.

In the midst of the back and forth, many have questioned government’s plans as announced in the 2018 budget, to merge adb and the National Investment Bank, NIB.