The rescued Fishing vessel at the Tema Port.

Five persons on board a Ghanaian fishing vessel which was reported missing on Monday in an alleged hijack by pirates, have been taken hostage, but the abandoned vessel has been rescued by the Ghana Navy.

The five, including three Koreans, one Ghanaian and a Greek national, are believed to have been taken hostage by some alleged Nigerian hijackers, who attempted to seize the tuna vessel, Marine 711 on the Keta high seas on Monday.

Jelly cans, ropes and some live bullets were retrieved from the vessel, after the navy successfully took over the abandoned vessel. 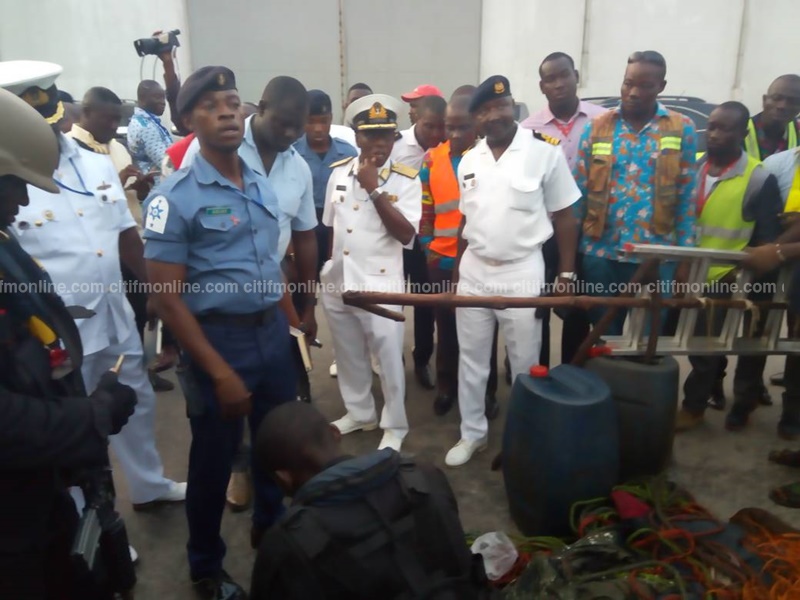 Briefing the media at the Tema Port, the Officer Commanding Eastern Naval Command, Commodore James Kontoh said although the Ghana Navy was taken unaware in this instance, they will intensify their surveillance to forestall any such occurrence. 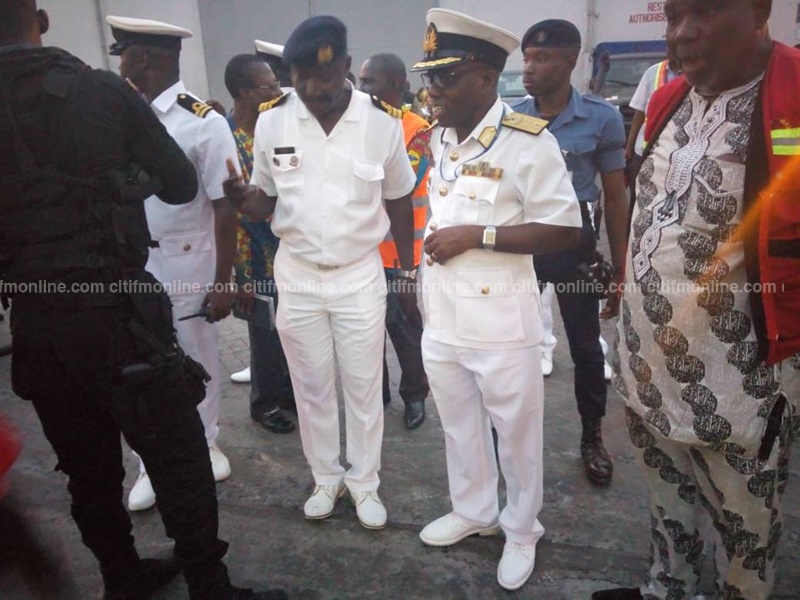 Narrating the incident, he noted that the Ghana Navy on Monday dawn received series of information about vessels under attack, which placed them on high alert.

“For the past 48 hours, we have had series of attacks which we tried to unravel. It all happened Monday dawn about 03:30 when a speed boat came to the Tema anchorage area and forcefully took over a vessel and started heading towards the Togolese waters until the vessel complained of not having enough fuel to continue the journey.”

They then asked them to head towards Bayelsa in Nigeria. However, the lack of fuel compelled the hijackers to again abandon the second vessel for a fishing vessel.

They again took two crew members in addition to the first three into a newly hijacked fishing vessel and headed towards the Benin waters.

The hijackers in the night took the five kidnapped persons in their speed boats and absconded to an unknown location”.

He said the fishing vessel then sent a signal after the hijackers had left, and a dispatch team was immediately sent to the area to save the crew members.

“The Ghana Navy has always been on high alert and we have been able to deter pirates from our waters on several occasions, but this very current hijack took us unaware”.

He advised vessel owners and crew members at anchorage to always keep in touch with the Police and the Navy at all times.

Commodore Kontoh said collaboration has started between Ghana and its Nigerian counterparts to ensure the hijackers are arrested, and the five sailors who have been taken hostage freed.

Some of the crew members who were left off the hook say they were severely beaten by the pirates before being freed. 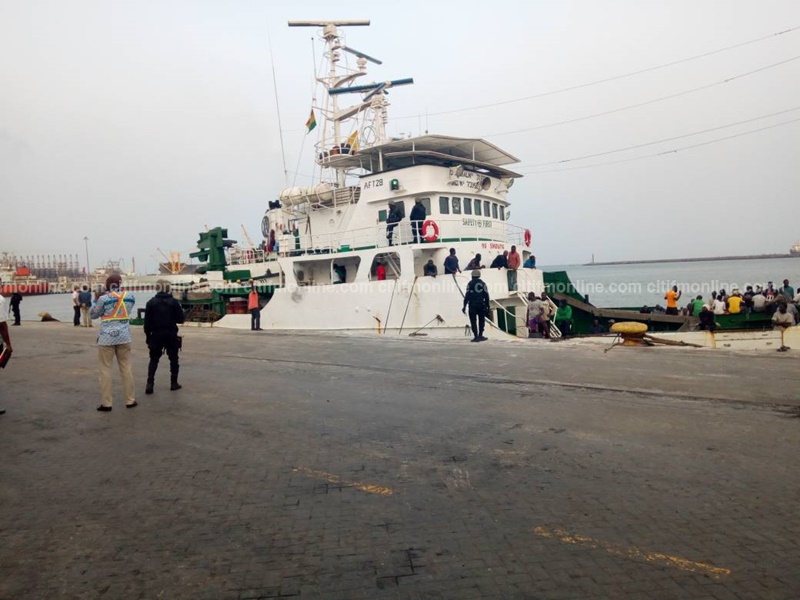