Political parties in the districts along the eastern corridor of the Brong Ahafo Region which have petitioned the Presidential Commission for the creation of Bono East Region have united for a common goal and added their voice for the split of the region.

The Commission is currently on a tour of the area to collate views and reasons at various public hearing backing the demands for the creation of the new region. 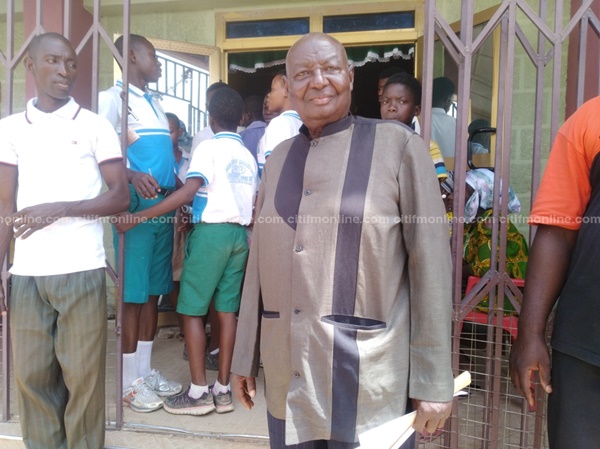 Speaking to Citi News on the sidelines at one of the well-attended public hearing at Atebubu today in the Atebubu/Amantin Municipality, a former District Chief Executive (DCE) for the area under the NDC administration, Thomas Sakyi commended President Nana Akufo Addo for initiating the process to bring development and participation in governance to the doorsteps of the people.

He urged his colleague politicians to de-politicize the issue and ensure the welfare of the people of the proposed region was paramount for their progress as a people.

“With the creation of Bono East, the description of our area as far east will be gone and job opportunities will also be available. The burden of having one regional minister to administer a vast area such as Brong Ahafo will be reduced, hence my support for the creation,” he said.

He mentioned the potential development of the fishing industry and mineral resources in the area as a by-product of the creation of the new region.

Mr. Sakyi, therefore, pleaded with representatives of the political parties to educate their members and the public about the processes involved and the referendum to ensure that the people vote in their numbers.

The Municipal Chief Executive, Edward Owusu for his part commended the non-partisan nature in which discussions and debates on the creation have been conducted and appealed to all stakeholders to give the commission the maximum support to discharge their duties with enthusiasm and zeal.

He also appealed to the media to take the matter up, educate and inform the public to contribute to the success of the project.

All the representatives of the various political parties, and interest groups, who were present, lauded the idea and promised to work hard to make sure the creation of the new region comes to fruition to bring governance to the doorsteps of the people and also accelerate development.