At least 200 graduate nurses on Monday morning besieged the premises of the Ministry of Health to demand posting to work in health facilities across the country.

The graduates said several appeals to the Ministry for employment after they completed school in 2016, have not yielded results.

Citi News’ Michael Ogbodu reported that some of the nurses were clad in red and wielded placards with messages that urged government to immediately address their concerns. 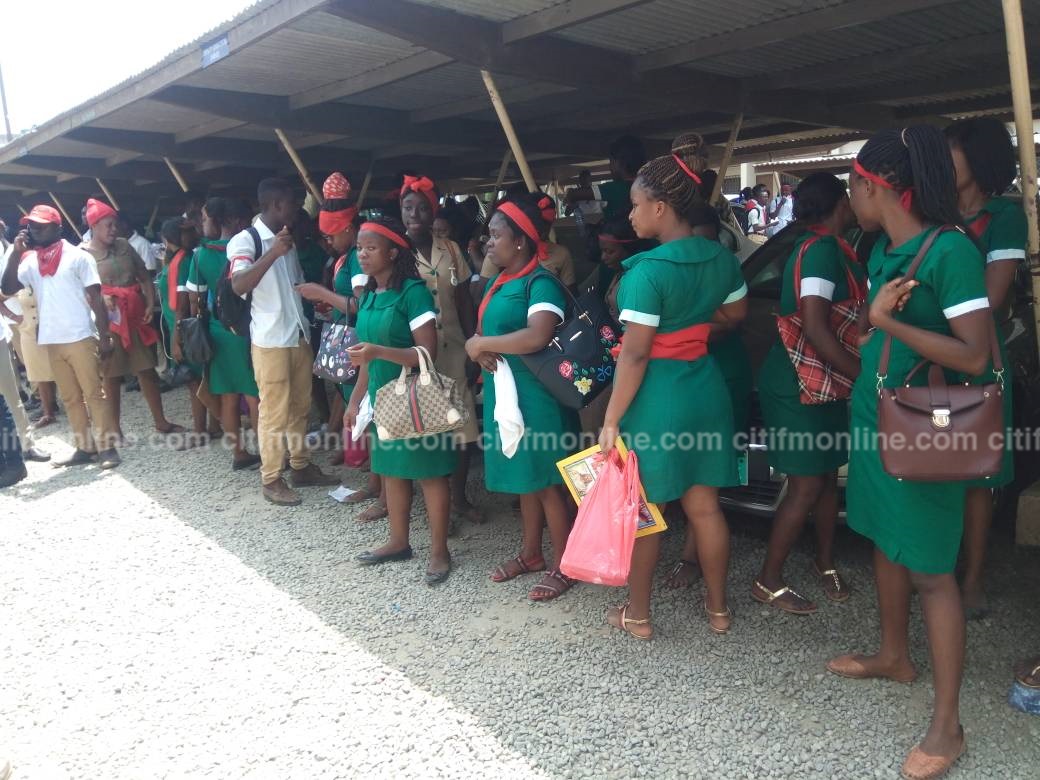 The aggrieved students say they are prepared to spend the night at the Ministry if authorities fail to post them.

The leader of the group, Samuel Asante, told Citi News they believe they are being treated unfairly by the ministry. 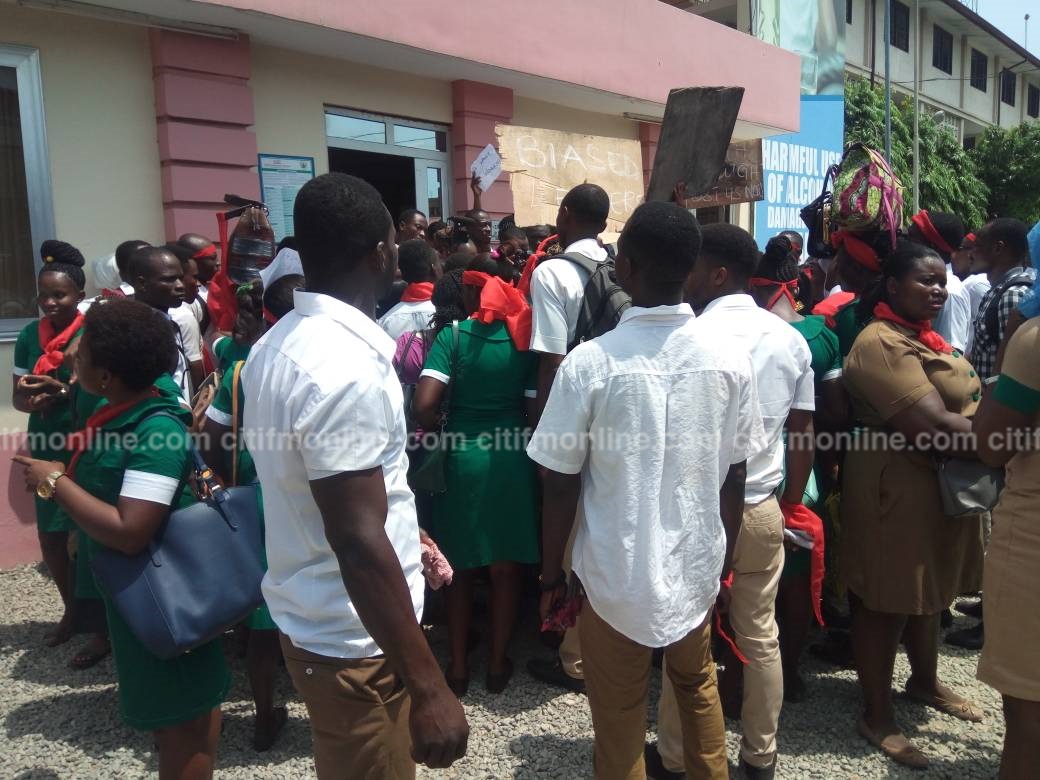 “We are not moving an inch. We are here with our mosquito coils and everything so if we don’t get our posting, we are not leaving here,” he said.

He explained that the Ministry is trying to deliberately exclude them from the ongoing postings although clearance was given for all trainees from 2012 to 2016.

“We had a meeting with the Deputy Minister [Kingsley Aboagye Gyedu] and he tried to compare us with the private nurses saying that since we are not bonded, we are not part of the posting. It didn’t go down well with us and that is why we are here this afternoon to seek our immediate posting because they have released clearance and it is supposed to be given to the 2012 – 2016 batch of nurses so why is it that we who completed in the government-training centers, and we are being denied of posting now?” he said. 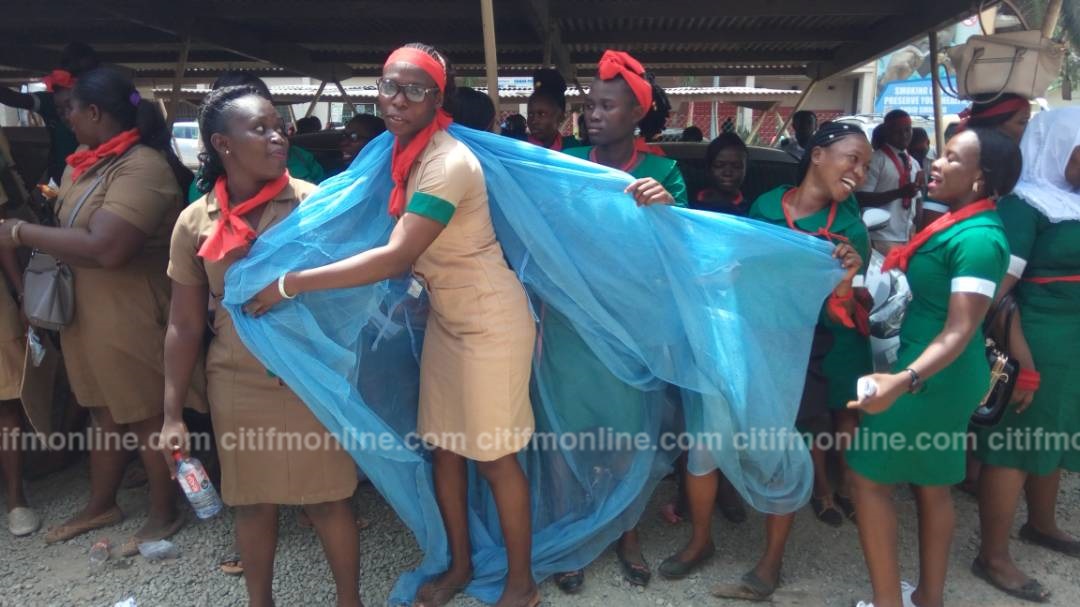 Last week, another group of bonded unemployed nurses and midwives staged a protest at the Ministry of Health to demand posting.

They said they have been idling at home for the past two years after successfully leaving school and completing their mandatory national service.

Picketing at the Health Ministry to demand employment has become a common phenomenon for various health professionals in the country especially in the last three (3) years. 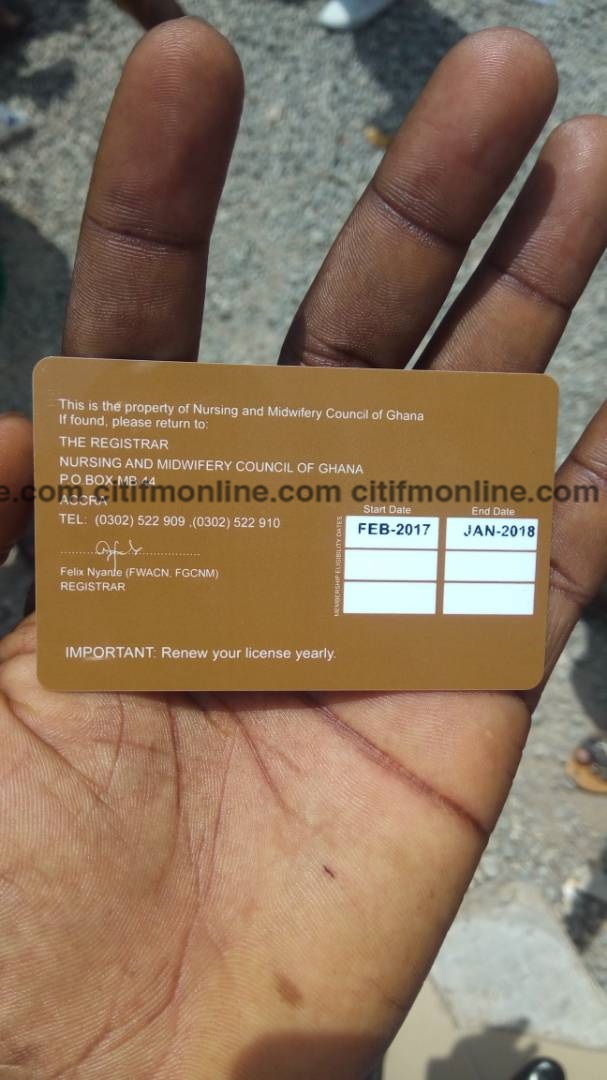 The government has consistently given assurances that it will address their demands, but that has often been after series of protests including picketing at the ministry.

Late in 2017, a group of unemployed nurses spent two days at the Ministry demanding their posting. They had their issue resolved after they spent the night at the Ministry.

This appears to have set a precedent that has seen many other trainee nurses picket the ministry’s premises demanding posting and threatening to spend the night there.