A Professor at the Institute of Development Studies at the University of Cape Coast, Akua Britwum, has bemoaned the failure of the state to reduce gender stereotyping in both formal and informal work environments.

She lamented that the situation has increased the precarious conditions under which women work in the country.

Professor Akua Britwum made the observation on Tuesday in an interview with Citi News at the launch of the book, ‘Crossing the Divide – Precarious Work and the Future of Labour’, at the University of Cape Coast.

As one of the international editors of the book, which focuses on work-related insecurities and work vulnerability, the professor revealed, that in “the areas where women are engaged, the levels of precarity are higher than areas where men are engaged.”

Referring to an observation they made during research for the book, Prof. Britwum recounted that in Ghana, “when we did our research with waste pickers, for example, we found out that the male waste pickers were more likely to own the tricycles (and other items) whereas the women waste pickers were the ones using the baskets and caring the waste on their heads.” 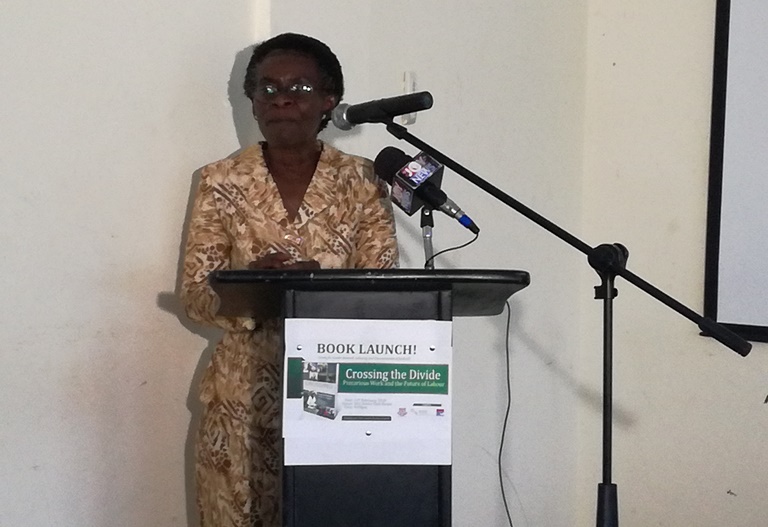 In her view, Prof Akua Britwum suggested that the labour fronts in both the formal and informal sectors could be better sustained if balanced opportunities and conditions are created for both sexes.

‘Crossing the Divide’ looks at how innovative organizational strategies are emerging in the Global South to bridge the widening gap between the formal and informal economy, focusing on Ghana, South Africa and India.

The publication further hails attempts by vulnerable workers to engage in diverse creative strategies to fight for decent work and living conditions, as well as their efforts to present a collective front in promoting their rights and interests.

The of the launch of the publication in Ghana follows similar events in South Africa and India, and was sponsored by the Friedrich Ebert Stiftung, the University of Cape Coast and the International Centre for Development and Decent Work (ICDD).

Gov’t orders suspension of CTN at the ports