The Ministry of Fisheries and Aquaculture, has inaugurated a six-member regional premix coordinating committee in the Volta Region to combat the diversion of premix fuel.

This is an intervention following a nationwide premix diversion scandal that hit the secretariat, causing the state to lose revenue. 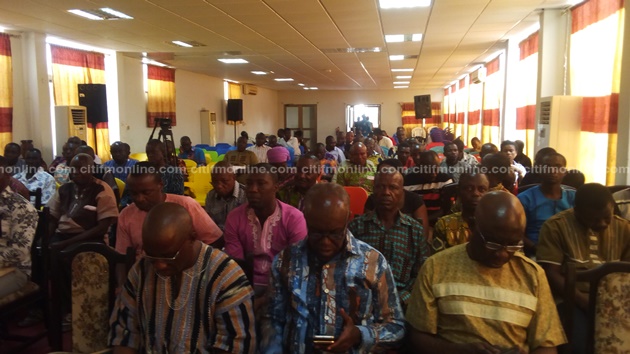 The Fisheries and Aquaculture Minister, Mrs. Elizabeth Afoley Quaye, inaugurating the Committee in the Volta Regional Capital, Ho on Monday, was optimistic the mandate of the Committee would help save the nation’s purse and enhance accountability.

The Volta Region has about 1,232 landing beaches with over 45,000 fishermen; about 20,000 inland fishermen, whiles the rest are into marine fishing.

The event saw various Districts and Municipal Chief Executives including other key stakeholders in the fishery industry attending.

The Committee Chairman, who doubles as the Regional Minister, Dr. Archibald Yao Letsa, assured the gathering that the team would ensure effective delivery of their mandate to enhance the lives of fisher folks.