The outspoken Northern Regional Chairman of the governing New Patriotic Party (NPP), Daniel Bugri Naabu, has advised the party’s delegates to be mindful of “sycophants” vying for positions at the constituency and regional levels.

According to him, the NPP needs to retain bold and decisive leaders whose commitment and vigilance contributed to the party’s victory at the 2016 polls.

Daniel Bugri Naabu was addressing the newly elected executives of the Tamale North Constituency at his private Fuo residence in Tamale.

He emphasized that it would be politically suicidal for the delegates to replace his winning team at the regional elections. 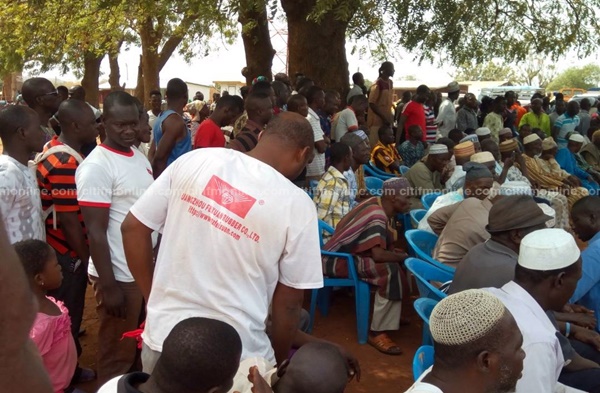 He called for collaboration between the winners and the losers to ensure the NPP’s victory at the 2020 polls.

Daniel Bugri Naabu posited that the NPP was poised to win all 31 seats under the agenda “Operation win all seats in the Northern Region.”

Chairman Bugri Naabu, who is seeking reelection, urged the delegates to retain him to accomplish his unfinished agenda.

Under his watch, the NPP then in opposition won 13 out of the 31 seats in the Northern Region.

For security reasons, five constituencies in the Northern Region have been isolated from the nationwide constituency elections which started on Sunday February, 24, 2018.

The first phase of the elections were held in 24 out of the 31 constituencies, and these included the four main Tamale Central, Tamale North, Tamale South and Sagnarigu.

At the end of the polls, majority of the old executives who sought to retain their seats were rejected.

The second phase scheduled for Sunday February 25, 2018, will be held in Salaga South, Salaga North and Zabzugu constituencies.

The NPP Northern Regional Communications Director, Issahaque A. Latif told Citi News that the elections would be conducted in 2,676 polling stations.

He described the first phase as generally peaceful, and anticipated that the whole exercise will be devoid of upheavals.

Issahaque A. Latif called for a united and a formidable NPP after the constituency elections