The Chief of Defence Staff, Lieutenant Gen. O. B Akwa, has assured the people of Agogo that the task-force deployed to evict herdsmen from the area, will push through their mandate until the issue is resolved.

According to him, they have the backing of the Commander-in-Chief of the Ghana Armed Forces to ensure that the objectives for the formation of the task-force are achieved.

“We shall be unrelenting in this assignment until we bring it to a closure,” he said.

Lieutenant General O. B Akwa gave the assurance on Tuesday as he addressed members of the Agogo Traditional Council when he led a high powered delegation on a fact-finding mission to the area.

“You all recall that not too long ago there was a major incident here where some soldiers and policemen were attacked in the course of their duty. And we want to make this point very clear that no attack on a soldier, policeman or any other security person or an ordinary citizen of Ghana shall go without a response. And this response will be proportionate, it will be graduated, depending on the level of attack, we will up our game. It will address the core problems of the traditional area.”

“In response to that, we decided under the authority of the Commander In Chief, to send in reinforcement, to send a clear message to those who are involved in this dastardly act that they cannot continue to act with impunity in the state of Ghana,” he added.

She alleged that ASP Azugu in the course of his work shirked his responsibilities as a police officer, and must be investigated and punished to serve as a deterrent to others. 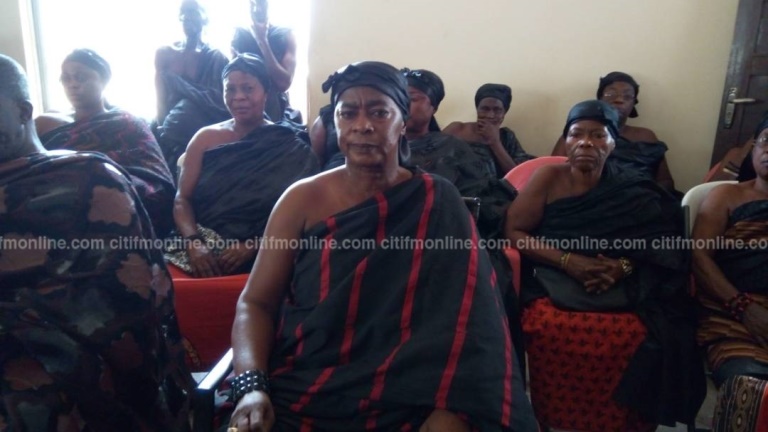 She also advised the new Police Commander to reject any form of inducement from cattle owners and herdsmen and execute his duties in a professional manner.

The warning comes in the wake of last week’s attack on some four members of the task-force, three military officers and a police officer, who sustained gunshot wounds.

According to Police in the area, the assailant lay in wait and shot at the security personnel, who were in the bush as part of measures to evict the nomadic herdsmen and their cattle.

“Please advise the new district police commander here. Tell him to resist any bribery temptations. A former commander who was assigned here was not helpful. I will plead with government to investigate him and if possible sack him from the police service if possible,” she said.

On the nomadic herdsmen issue, she pledged the support of the Council to activities of the task-force.

Government subsequently dispatched about 200 personnel drawn from the military and police service to Agogo and Sekyere Afram Plains districts to flush out the nomadic herdsmen who are reportedly terrorizing residents of those areas.

A statement signed by a Deputy Minister of Information, Curtis Perry Kwabia Okudzeto, said the joint security team has been tasked to “push back the herdsmen from new areas they have occupied, arrest perpetrators of recent acts of violence for prosecution, and augment the efforts of Operation Cowleg, an ongoing security operation aimed at dealing with the activities of herdsmen in the area.”