The Ministry of Sanitation and Water Resources has launched a large scale toilet construction project for the Greater Accra Metropolitan Assembly (GAMA).

The launch was held yesterday (Thursday) January 25, 2018 at Mallam junction in Accra. 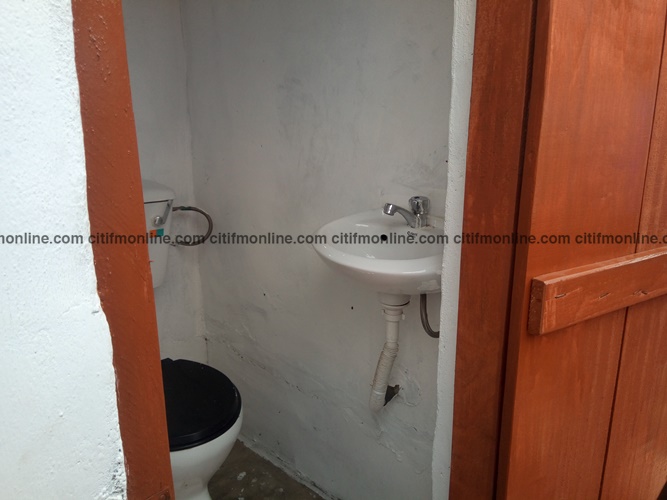 The GAMA Sanitation and water project is a $150 million endeavour sponsored by the World Bank with the collaboration of the Ministry of Sanitation and Water Resources to help lower income level communities have access to affordable toilet and water facilities. 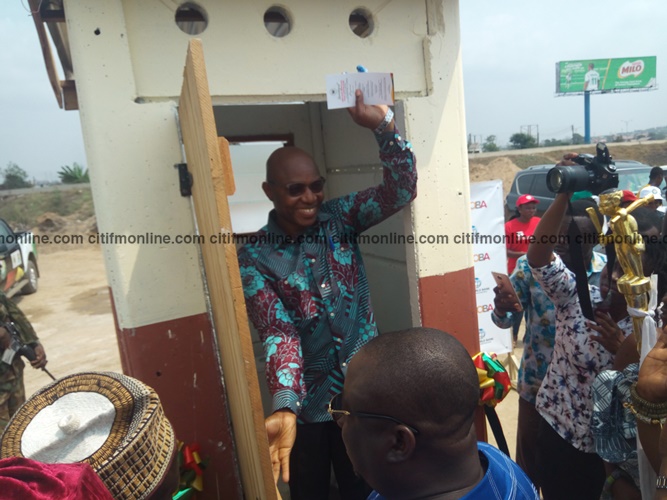 The launch had in attendance, the deputy Minister of Sanitation and Water Resources, Michael Gyato, the Ga South Municipal Chief Executive Joseph Nyarni Stephen, the Member of Parliament for Weija-Gbawe Constituency who doubles as Deputy Health Minister Tina Mensah  as well as chiefs and pupils from the various schools in the community.

The Ga South MCE, in his welcome address, expressed his sincerest gratitude to the sector minister for choosing to launch in project in his municipality. 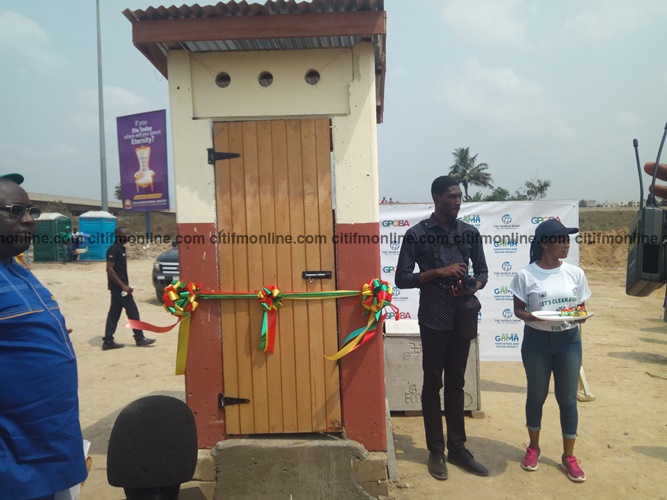 He added that this year his municipality would begin a vigorous enforcement of its by-laws on sanitation which include the presence of toilet facilities in various homes.

He further entreated all citizens to endeavour to take advantage of the project to acquire toilet facilities in order to ensure a clean environment within the municipality. 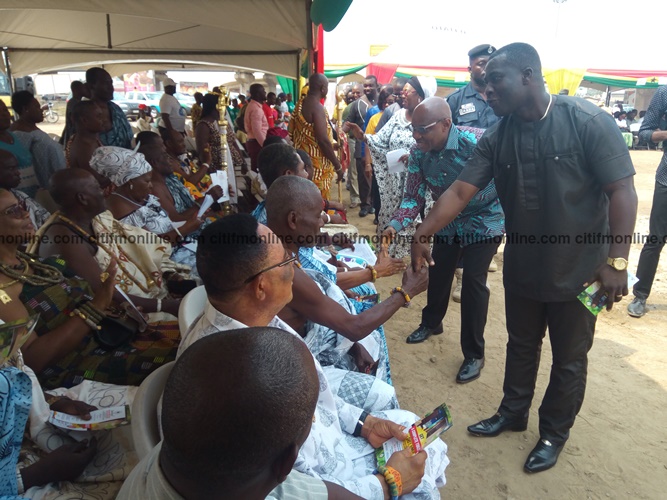 The Weija-Gbawe MP, Tina Mensah iterated the need for everyone to have a toilet facility in their homes to prevent the various illnesses associated with the open defecation.

She quoted some statistics on open defecation in the country noting the immense work and commitment necessary to ensure the problem is addressed.

In conclusion she pledged her ministry’s support to the president’s vision of making Accra the cleanest city in Africa. 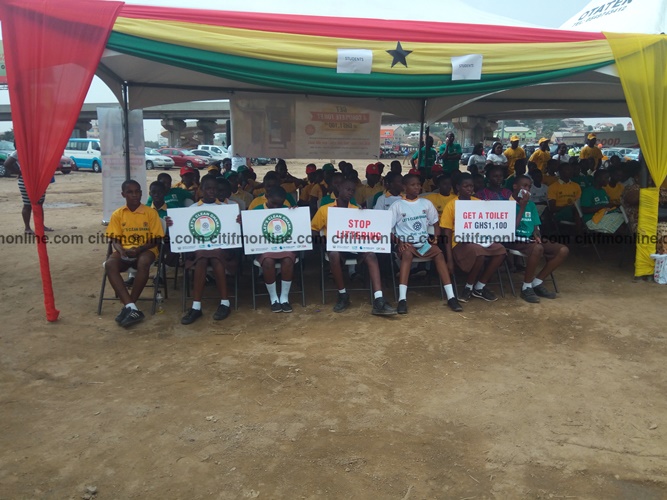 The deputy Minister of Sanitation and Water Resources, Michael Gyato in an address read on behalf of the sector minister, Kofi Adda, reiterated government’s commitment to ridding the capital of filth.

According to him, “as part of measures by government of Ghana to improve sanitation in the country, his Excellency Nana Akufo-Addo, the president of Ghana, created a new ministry to focus on transforming the sanitation development agenda and mobilize tremendous resources towards achieving sanitation and water for all. I am elated to announce to you that the ministry has development a comprehensive strategic plan to address the sanitation menace facing the country. Excerpts from this program were outlined during the launch of national sanitation campaign in November 2017. Ghana is currently ranked 7th worst in the world for access to improved sanitation according to the world health organization and UNCEF, GNPA 2015.”

“Statistics indicate that about one out of every five Ghanaian defecate in the open. This translates to a whooping five million Ghanaians engage in open defecation. In addition about 7% of the urban population practice open defecation and this is no doubt unacceptable in this day and age and we collectively need to take urgent action… an estimated 19,500 household toilets will be constructed in the GAMA area under the GAMA sanitation project… The ministry has mobilized large scale toilet suppliers to facilitate the speedy construction of these facilities. Furthermore financing options are being arranged with selected financial institutions to provide loans to interested households,” he added.

Beneficiary households would be expected to pay GHc 1, 100 for a complete facility which includes the structure, a toilet seat, a wash hand basin and a bio-digester.

For those with already existing structures, the package would cost GHc 600, and if one required just the bio-digester, GHc500.