Some aggrieved market women displaying receipts from the AMA allegedly for payment made to sell on streets.

Some traders from Accra have appealed to the Accra Metropolitan Assembly (AMA) to release their goods which were seized during the recent decongestion exercise in the capital.

They trooped to the premises of Citi FM on Wednesday to complain about what they also described as unfair treatment from the AMA.

The traders showed receipts from the AMA, which they said were issued, granting them permission to sell on the streets of the Metropolis.

“We pay 50 pesewas all the time. We have packed a lot of tickets,” one of them said.

Thus, they accused the city authorities of bad faith after the seizure some of their wares. 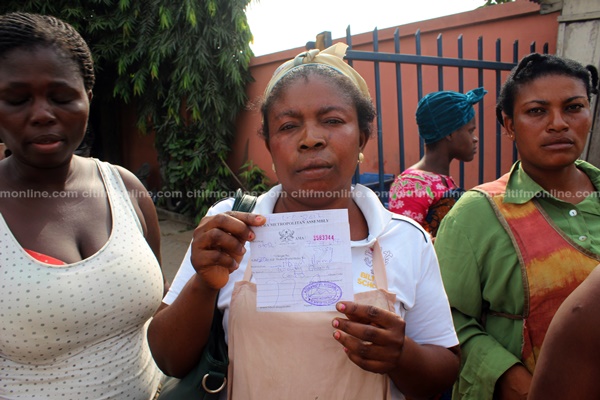 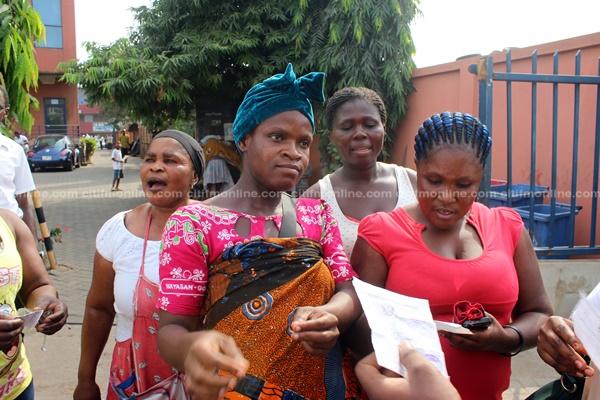 Mercy Zadake, who led the traders, told Citi News that she and her colleagues were pleading they be at least given their goods back.

“We are pleading with the government. They should have pity on use. We’ll even come and carry our things ourselves,” she said.

“They [AMA] seized our wares and take them to thier office. They should have been patient. It is so frustrating to get them [our wares] back even if you are fortunate enough.”

“We pay our tolls regularly so they should please let us be or how else will we pay our children’s school fees. These are not small [school] fees. How am I going to pay?” she pleaded.

The Metropolitan Chief Executive of the AMA, Mohammed Adjei Sowah, on Monday led a team of officers from the Assembly, including metro guards and police officers, to clear hawkers off pavements in the metropolis. 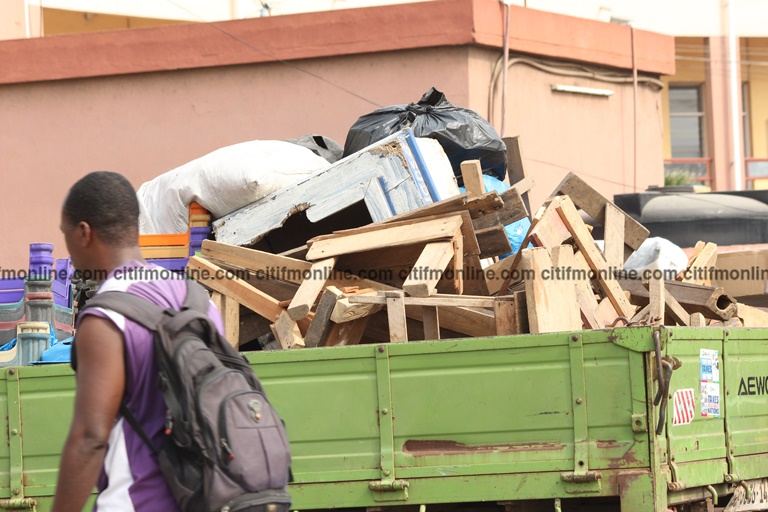 The activities of the hawkers and the traders on the shoulders of roads and on pavements are noted to impede human and vehicular traffic.

This also contributes to the waste build-up along streets.

While confiscating some wares and materials belonging to traders, the team locked up some businesses that were operating illegally and those that had been sited at unapproved places.