The people of Nchumuru and Nawuri in the Kpandai District of the Northern Region, are appealing to the Commission overseeing the creation of the proposed new region to be carved out of the current Volta Region, to allow them to join the yet-to-be created region.

Speaking at a public forum held in Kete Krachie to seek public views on the proposal for a new region to be carved out of the existing Volta Region, David Yaw Chipa, the Vice President of the Nchumuru Youth Association, said it is their desire to leave the current Northern Region to join the proposed new region in order that development can be accelerated in the area.

[contextly_sidebar id=”r1qQGggdMdGhXolbG2LnXDGkbka1iyIN”]“When it comes to development, if you’ve been to Kpandai, for so many years, the place has been neglected. Most of the infrastructure, be it educational institutions and hospitals are all centered in Tamale, Damango and most of the big towns in the Northern Region. The access routes in our area are mostly footpaths. That is why we are appealing to the Commission to allow us to join the Oti Region.”

The Kpandai District is the gateway to the Northern Region from the Northern part of the Volta Region, and shares close boundaries with Banda to the South, Salaga to the West, Kpasa to the East and to the North is Nanumba. The Nchumurus who are said to be part of the Guans occupying that area of the Northern Region believe that joining the new region would not only bring development to their underdeveloped areas, but  it will also draw them closer to their counterparts in the Volta Region.

“Culturally, we belonged to a group of Guans and for what we call colonization, there was this history that the Germans allowed the Gonjas to rule over the Nawuris and Nchumurus. People still want to claim that the old theory must apply. But the fact that we are Guans and by tradition, we belong to the Guan fraternity, as you see the way we dress, our people are over here and we want to join them.” 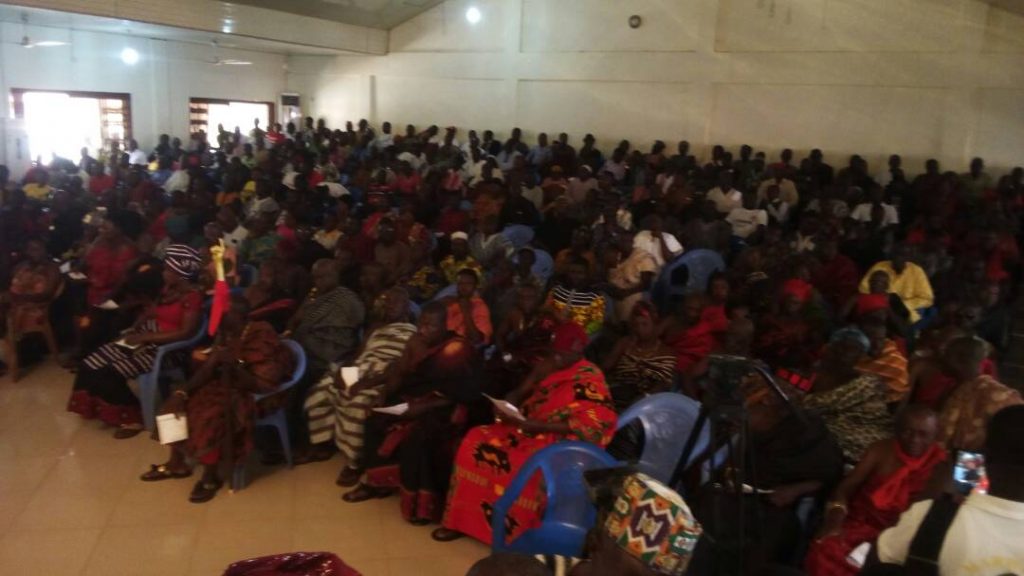 Traversing about five regions in Ghana, the Volta Region is often described as a microcosm of all ethnic groups in the country housing the major tribes like Ewe, Guans, Akans, and minor tribes such Ga Adangbes, Nanumbas, Konkombas, Dangombas, Ewes, Nawuri, Gonjas, Tsekorti and Kortorkorli.

The Commission, led by Allan Brobbey, is holding public hearings in the region to seek the views of the people on the proposed split of the Volta Region.