Mr. Martin Amidu in a rare smile after his nomination.

A former Attorney General in the National Democratic Congress [NDC] administration, Martin Alamisi Amidu, has been named as the Special Prosecutor.

Mr. Amidu, a man who has earned the nickname ‘Citizen Vigilante’ for his no-nonsense stance and campaign against corruption particularly in the NDC administration, was named by President Akufo-Addo today [Thursday], after an emergency cabinet meeting at the Flagstaff House.

The President in announcing the name, said he received the nomination from the Attorney General Gloria Akuffo, and has accepted the nominee, whose name will be forwarded to Parliament for approval when the House reconvenes from recess. 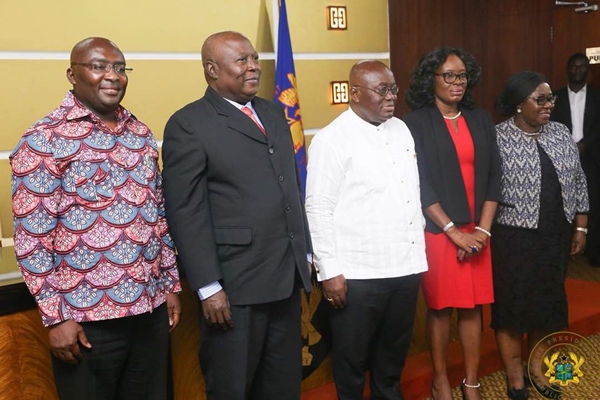 “The Attorney General is by a letter dated to me Thursday 11th January 2018 addressed to me exercised her power of nomination and submitted to me for my acceptance the name of the proposed special prosecutor. I have accepted the Attorney General’s nomination and will in turn submit for Parliament’s approval when it reconvenes on 23rd of January 2018 for its first meeting of this New Year the name of Martin Alamisi Benz Kaiser Amidu to be the first Special Prosecutor under the law,” he said.

The President also noted that Mr. Amidu, although a retired public officer, has accepted the nomination.

He added that Mr. Amidu has the requisite integrity and independence of character to occupy such challenging office. 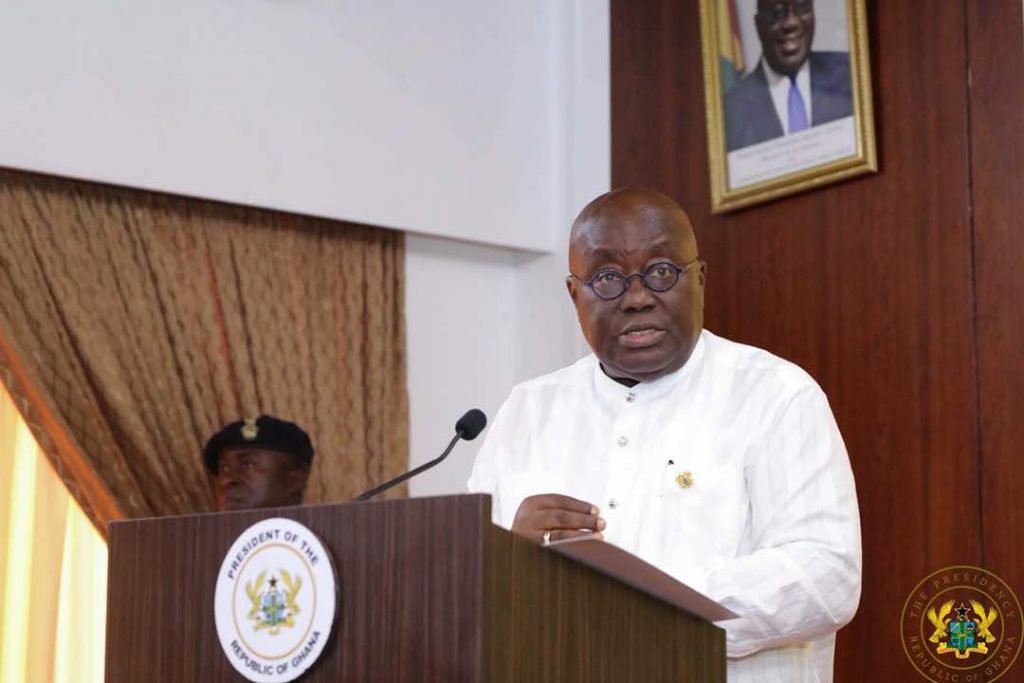 The appointment comes barely a month after the President assented to the Bill which was passed by Parliament despite a vigorous debate.

The appointment of Mr. Amidu, a known member of the opposition NDC who has been very critical of the then John Mahama administration for various corruption scandals, will indeed come as a shock to many, considering that he was never mentioned when names were been bandied around in the media.

Mr. Amidu was widely commended and celebrated for his fight against corruption, when he single-handedly pursued known NDC businessman Alfred Woyome to the Supreme Court, and secured a ruling for the retrieval of the Ghc51million judgement debt paid to him by the state under the NDC administration.

He was expected to orally examine Mr. Woyome in court, but withdrew that application on the grounds that a new government, which is the NPP, had taken over the country, and so he was confident that will lead to the retrieval of the amount.

Currently, the Attorney General is in court seeking to retrieve the amount from the one-time NDC Financier.

His appointment is expected to eliminate the fear of many who suggested that the Office of the Special Prosecutor would have been compromised, and not function effectively and fairly, if any loyalist of the governing NPP was appointed to occupy the position.

The setting up of the office of the Special Prosecutor was one of the key campaign promises made by President Nana Akufo-Addo ahead of his election victory in 2016 and it is aimed at tackling corruption much more vigorously.

When fully operational, the Special Prosecutor’s office will be independent of the Executive, which observers believe will allow it to adequately deal with corruption-related issues which have plagued past governments.

The Office will have the mandate to investigate and prosecute cases of alleged corruption under the Public Procurement Act 203 Act 63 and other corruption-related offenses implicating public officers, political office holders and their accomplices in the public sector.

The Prosecutor will also be mandated to trace and recover the proceeds of corruption. 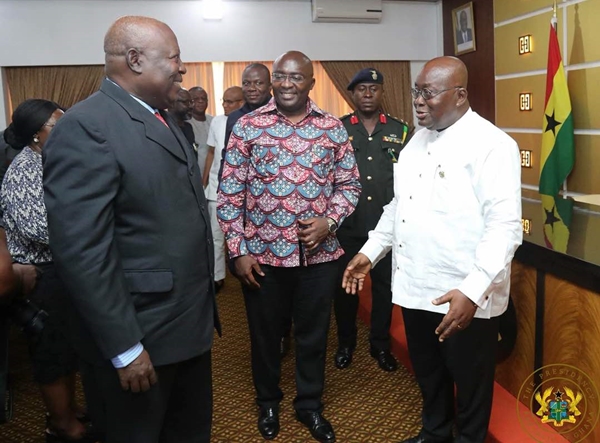 The Bill appears to have been passed with little fuss from the National Democratic Congress Minority, despite earlier contentions when processes for the laying of the Bill began in July 2017.

But the Ranking Member on Parliament’s Legal and Constitutional Affairs, Inusah Fuseini, echoed fears from the Minority that the Special Prosecutor could be used for witch-hunts.

“We have always had that fear. The Minority has always had the fear that this office can be used to witch-hunt political opponents,” he stressed.

There were heated exchanges on the floor of Parliament at the laying of the Office of the Prosecutor Bill in July.

The issues came on the backdrop of varied opinions on the creation of the office.

The Minority Leader, Haruna Iddrisu, in an earlier Citi News interview, insisted that the Special Prosecutor’s office could not be established without tinkering with Article 88 of the constitution, which deals with the role of the Attorney-General.

At a point, the government withdrew the Special Prosecutor Bill from Parliament after the Minority challenged the procedure in which the Bill was laid, claiming it was unconstitutional.

Haruna Iddrisu argued that the Bill did not fulfil the mandatory 14-day constitutional process for its introduction in Parliament.

The Majority Leader and Minister for Parliamentary Affairs, Osei Kyei Mensah Bonsu, who withdrew the Bill, however, did not explain the reasons for withdrawing it before it was re-laid before the House.

He questioned why there was a clause that sought to limit the Special Prosecutor to specific crimes.

“The attempt to distinguish types of corruption offenses that may be investigated and prosecuted by the Special Prosecutor sends the clear message to Ghanaians that the President and his Government now accept that certain types of corruption offenses are not serious for prosecution or at least to be prosecuted by the Special Prosecutor.”

“…the question may be asked, who will be responsible for investigating and prosecuting categories of corruption offences by the same public officers and politically exposed persons not meeting the standards in Clause 3 (4), or are they then immune from prosecution for such corruption offences?”

In his critique, the Former Attorney General also explained that whoever is appointed by the President, Nana Addo Dankwa Akufo-Addo as the Special Public Prosecutor will not need parliamentary approval.

He said “the Constitution has clearly delineated the type of public officers who shall be appointed by the President with the approval of Parliament. Public officers in the category of the Special Prosecutor do not fall under that category and it is unconstitutional for Parliament to partake in the unitary and exclusive appointment powers of the President.”

Martin Amidu was relieved of his post on Thursday January 19, 2012, by President John Evans Atta Mills under circumstances described by aids as ‘his misconduct’ at a meeting chaired by the president at the Osu Castle on January 18, 2012.

In February 2017 however, Mr. Amidu withdrew his suit seeking an oral examination, explaining that the change of government under the New Patriotic Party under His Excellency the President, Nana Addo Dankwah Akuffo Addo and his Attorney General, Miss Gloria Akuffo’s assurance to retrieve all judgment debts wrongfully paid to individuals Mr. Woyome in response prayed the Supreme Court to stay proceedings on the oral examination since he had filed for a review on the case.

What you need to know about Martin Amidu