Two persons have been confirmed dead in an accident at Kwahu Tafo in the Eastern Region.

The two, a police officer with the Nkawkaw District, and a driver of GCB, were pronounced dead on arrival at the Atibie Government Hospital. 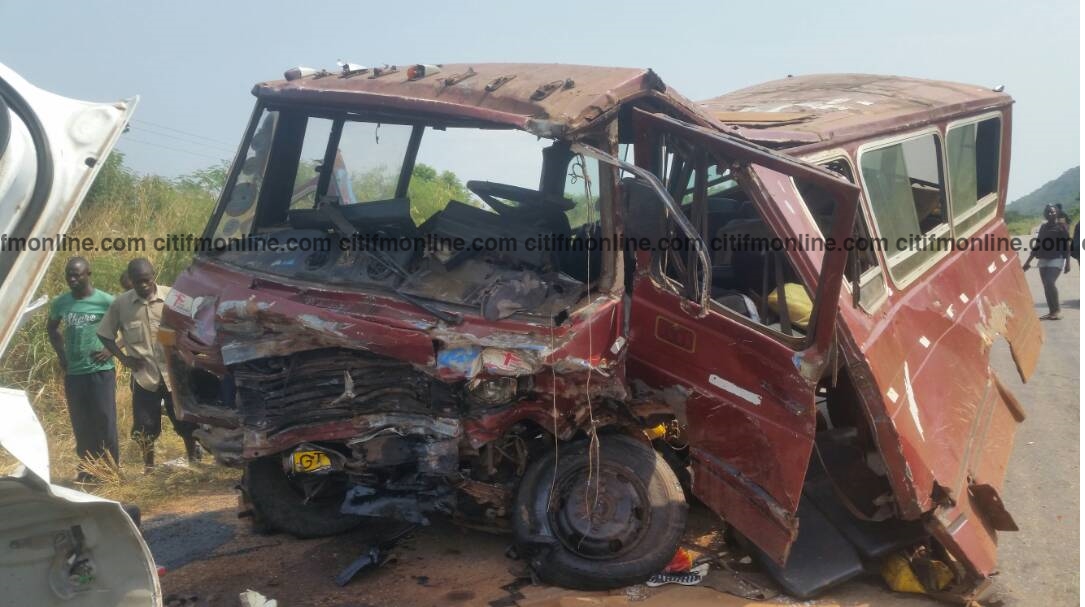 Confirming the accident to Citi News, the Eastern Regional Police Public Relations Officer, ASP Ebenezer Tetteh, stated that the Police is yet to ascertain what actually caused the accident.

“On 20th December 2017 at about 9:45am, a Ghana Commercial Bank Nissan pick-up vehicle with registration number GN 8556-15 driven by Paul Koranteng 43 years, together with three other persons on board including two Police personnel from Nkawkaw, namely Cpl. Nathaniel Afriyie Marfo and Cpl. Frederick Addai, were on specific duty from Nkawkaw to Donkorkrom, and on reaching a section of Kwahu Tafo – Adawso motor road, the vehicle veered from its lane into the opposite lane, and in the process collided with a Mercedes Benz bus with registration number GT- 724 F driven by a driver yet to be identified”. 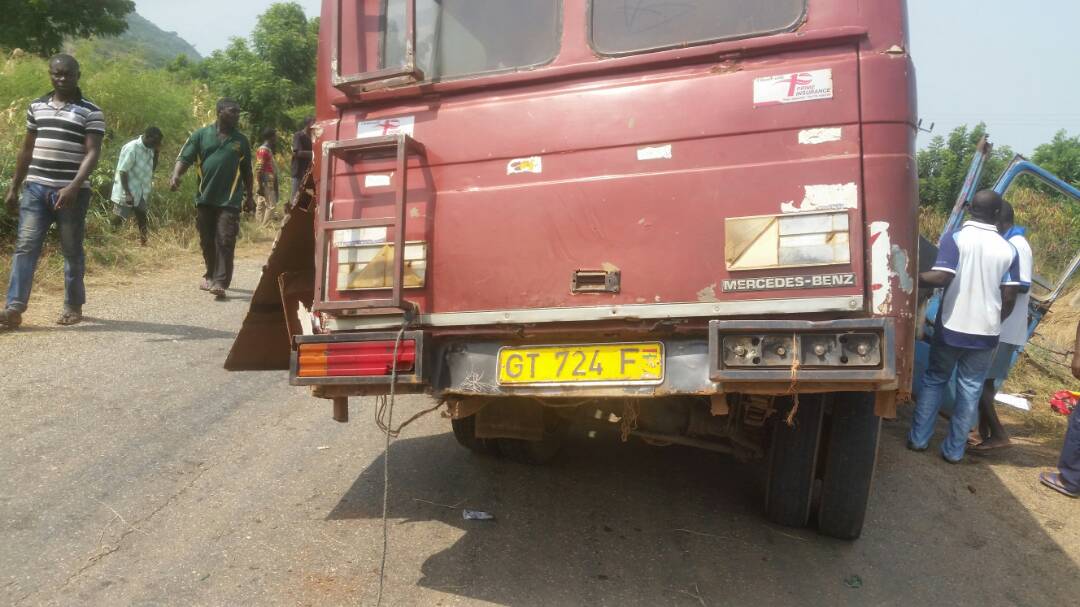 “Occupants of both vehicles however sustained injuries and were rushed to Kwahu Government Hospital, Atibie, for medical treatment.

But on reaching the hospital, one Police officer, Cpl. Nathaniel Afriyie Marfo, together with the GCB Driver, Paul Koranteng, were pronounced dead on arrival by the Medical Doctor on duty.”

The bodies have been deposited at the Atibie Hospital morgue awaiting autopsy, while the accident vehicles are yet to be towed to the station for further investigation.

ASP Ebenezer Tetteh added that, the money on board the bullion vehicle was successfully retrieved.

“Another bullion vehicle escorted by Police personnel from Nkwakwa was immediately dispatched to the scene to retrieve the money from the Bullion vehicle in the accident. In all, a total sum of GHC450,000.00, the property of GCB, was rescued from the accident scene under heavy Police presence”.