A private company contracted by the Ministry of Education has carried out a fumigation exercise at the Kumasi Academy (KUMACA) following the suspected swine flu outbreak at the school.

The pandemic strain of influenza type A, H1N1 2009 also known as Swine Flu was detected in some students of the school and is believed to be related to the deaths of four students.

The exercise, which began on Sunday morning, comprises the general and viral fumigation of the school.

The fumigation will be followed by an intensive clean-up exercise of all buildings and the entire environment of the school on Tuesday. 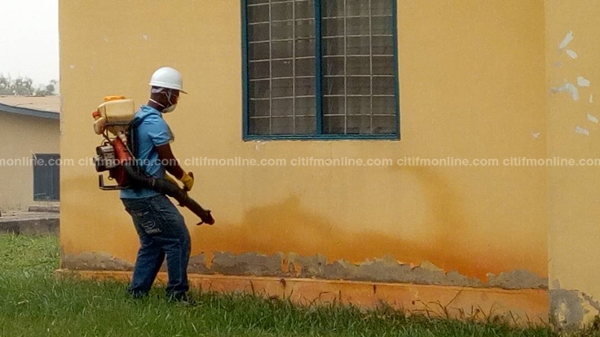 The exercise covered all eight dormitories in the school, 45 classrooms the science laboratory, the dining and assembly halls, the kitchen, lavatories and the sick bay of the school.

Most of the students have left the school for their various homes, leaving about 45 students at present in the school.

The contractor in charge of the exercise and Chief Executive Officer (CEO) of OSCAPPA ventures, Oscar Osei Appau told Citi News that his outfit will ensure the exercise will be effective since the team is committed to fumigating every corner of the school.

“I believe that with this particular problem, every Ghanaian is concerned. Even though we do normal fumigation, viral fumigation, but for this particular one, in fact, it has included a number of deaths so every parent and anyone who is more concerned about the school knows the danger about this problem,” he said. 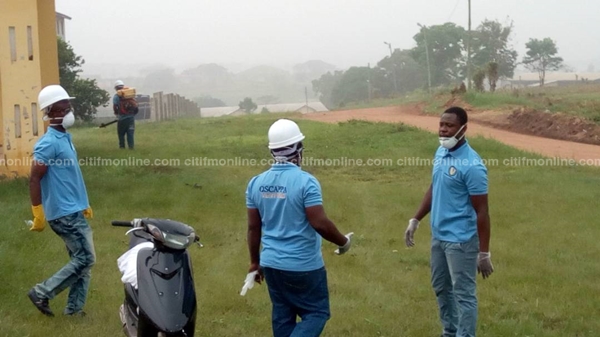 “I believe that by the time we finish, we might have catered for whichever virus that was detected to be the cause of the problem in the school. So we believe that after the work, our chemicals will work to perfection and normal schooling will continue.”

Mr Osei Appau said although the chemicals used for the exercise are dangerous, the fumigated areas will be congenial for habitation after a period of two hours.

Ten warning signs a relationship is over