KUMACA deaths: We must find out the cause with speed – Muntaka

The Member of Parliament for Asawase, Alhaji Mohammed Mubarak Muntaka, has asked medical officials handling the crisis at Kumasi Academy, to quickly ascertain the cause of the recent deaths that have sparked some panic in his constituency.

Speaking on Eyewitness News, the MP said the health officials needed to do all the could, “even if it means flying samples” outside the country for testing.

[contextly_sidebar id=”ieyGnyfsTa9p30V97FDAvcev8EbAUtPa”]”Let’s get to know what is the cause immediately because it creating trouble for us. If this thing spread into the general population, whether in the constituency or in the Kumasi metropolis, we are going to run into much bigger trouble.”

The recent deaths, four in the past week, have renewed concerns about the health conditions in the school which so far killed eight students in 2017.

The earlier deaths were suspected to be meningitis-related, though official clarification has been made by health officials.

Before the 2017/2018 academic year, the school’s authorities had said it had adopted measures to prevent any meningitis-related deaths.

But officials from the Ghana Health Service have since ruled meningitis out in the recent deaths, and are instead suspecting a bacterial infection.

Health officials in the Ashanti Region begun administering antibiotics to students on Wednesday as a preventive measure, which Muntaka said would buy the officials time to find the cause of the deaths without any more deaths occurring. 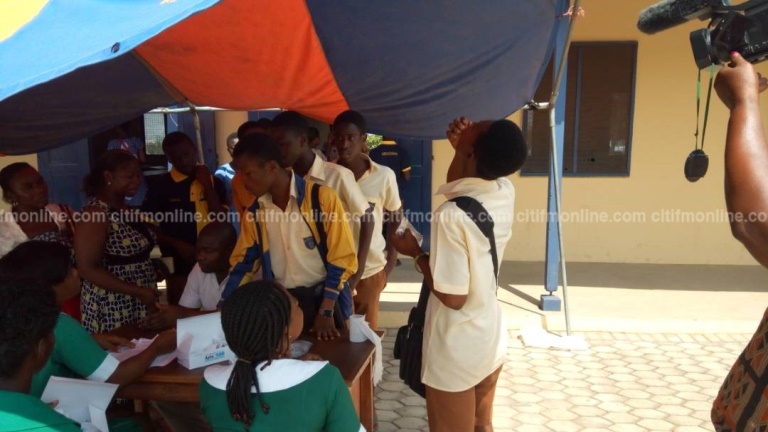 Though these developments raise questions about the school’s handling of healthcare in the past year, Mr. Muntaka said “the effort all of us should be putting in is; with the help of WHO, let’s get pray and help them get the cause of the disease.”

“When we are able to get the cause of the disease and we are able to deal with its root cause, we can come back to asking what happened between March and June. What did they do with all the blood samples and all that? We cannot be in the midst of the problem trying to solve something that has passed.”