More than 300 petty traders in the Eastern Regional capital, Koforidua, took to the streets  on  Thursday morning, to protest the Juaben Municipal Assembly’s decision to relocate them from the streets to a newly constructed market. 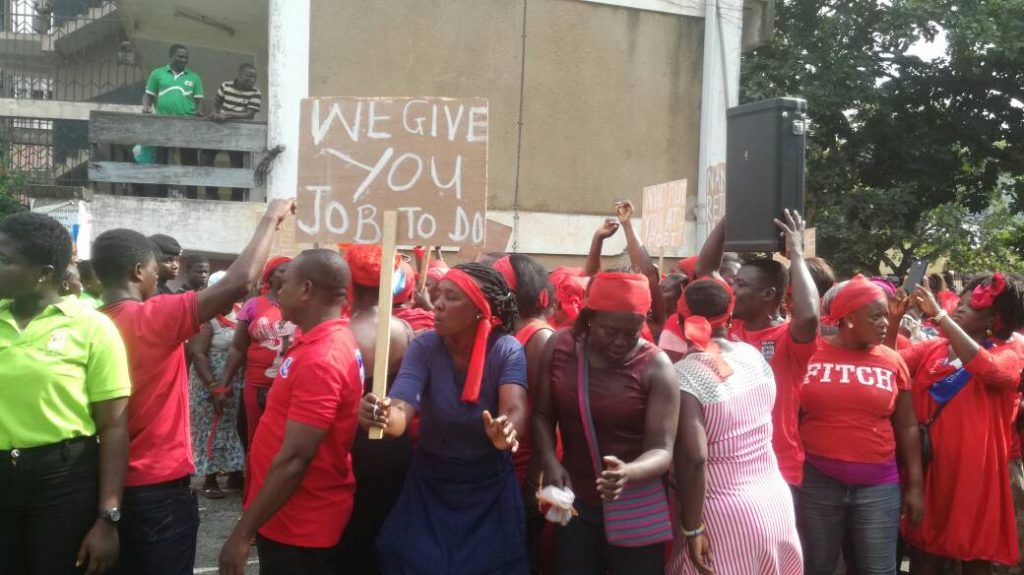 The traders, mostly women, were clad in red, as they marched through some principal streets of the regional capital, before presenting a petition to the Eastern Regional Minister, Eric Kwakye Darfour. 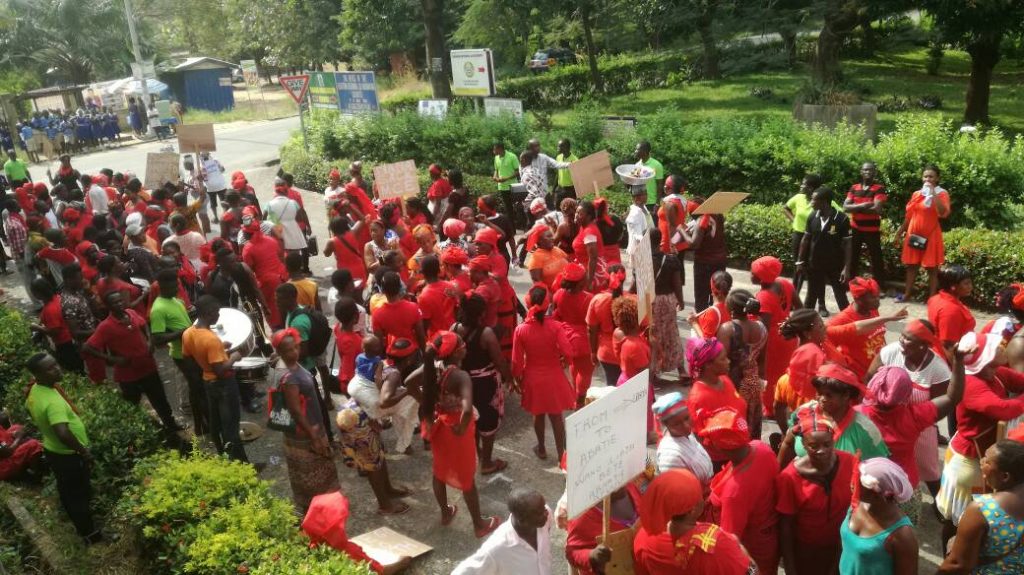 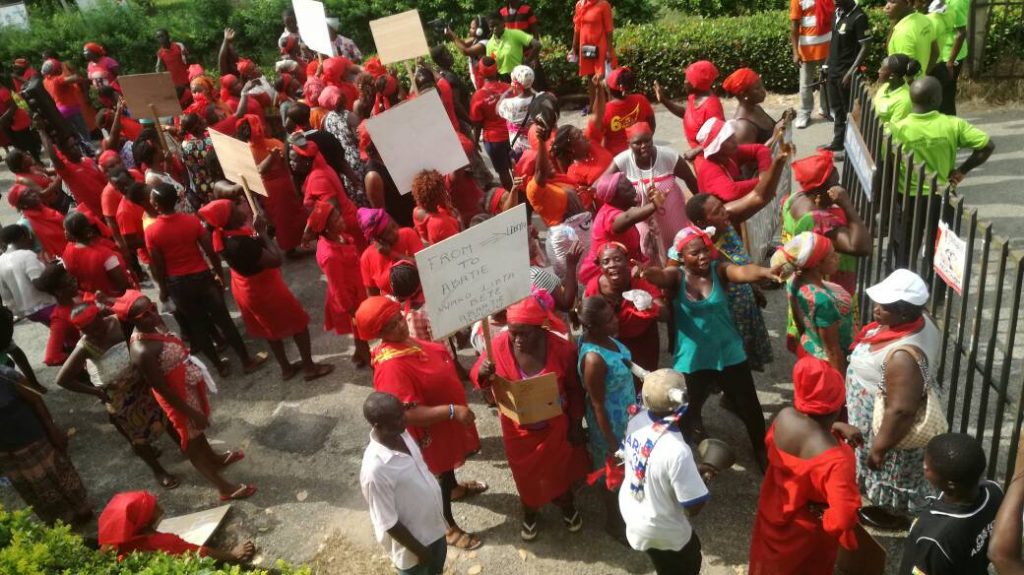 The traders are resisting the Assembly’s decision to relocate with the excuse the new market has no toilet or urinal facilities. They also claim the spaces there cannot contain all of them.

They have thus asked the Assembly to allow them to sell on the pavements and other unauthorized spots at least for the Christmas period to enable them make some good sales, since the new area may not be good for business at the moment.

But the Assembly says it cannot allow an illegality to continue and the traders must move at all cost.

Amidst chants, the traders held placards with inscriptions such as “Give us our freedom”, “2020 we go show Nana”, “Nana, you have deceived us”, “Say no to Abaye”, “MCE is Hitler,” among others. 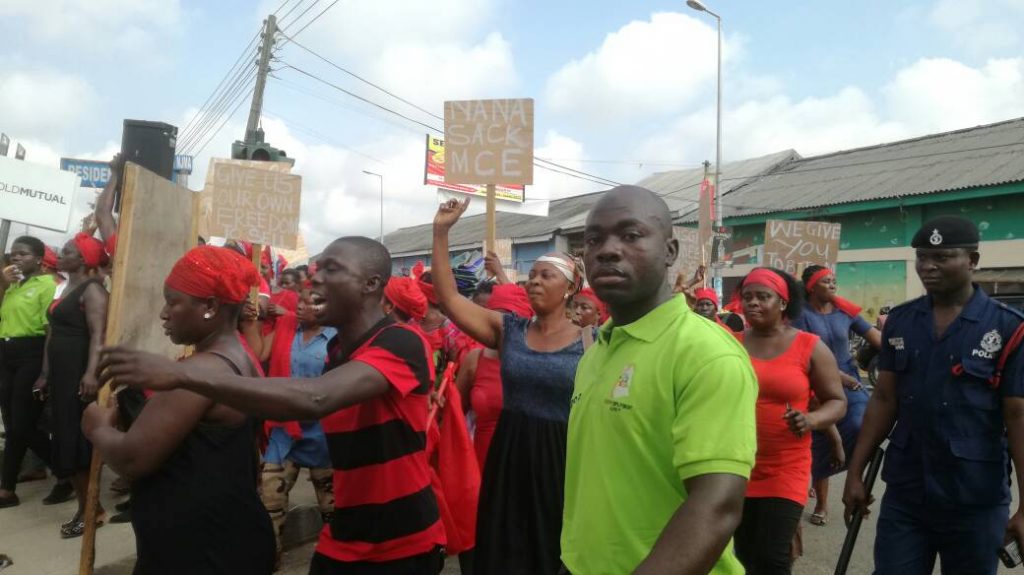 This is about the third time in three months such an action has taken place after the New Juaben Municipal Assembly commenced a decongestion exercise a month ago, to sanitize the principal streets of Koforidua. 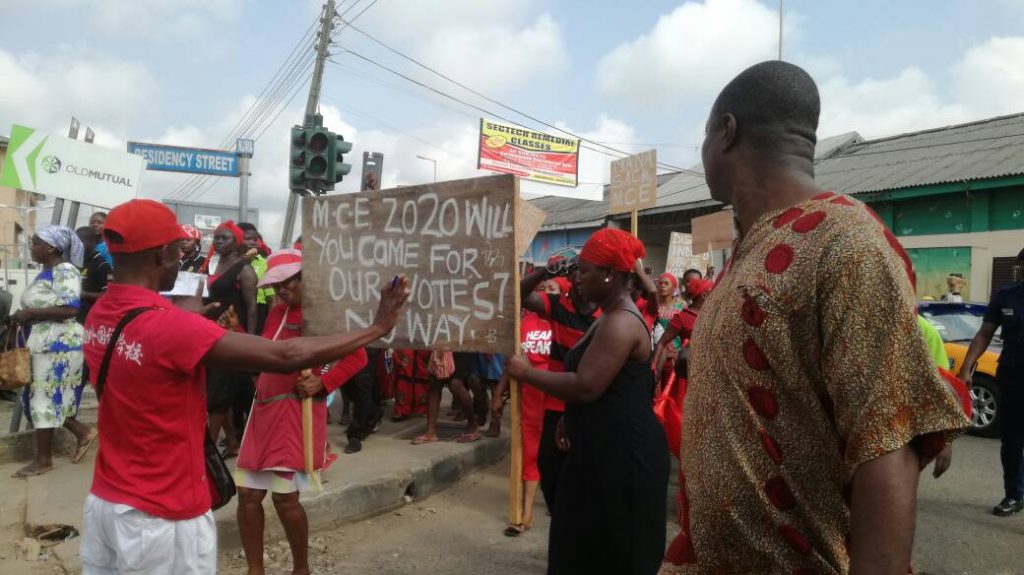 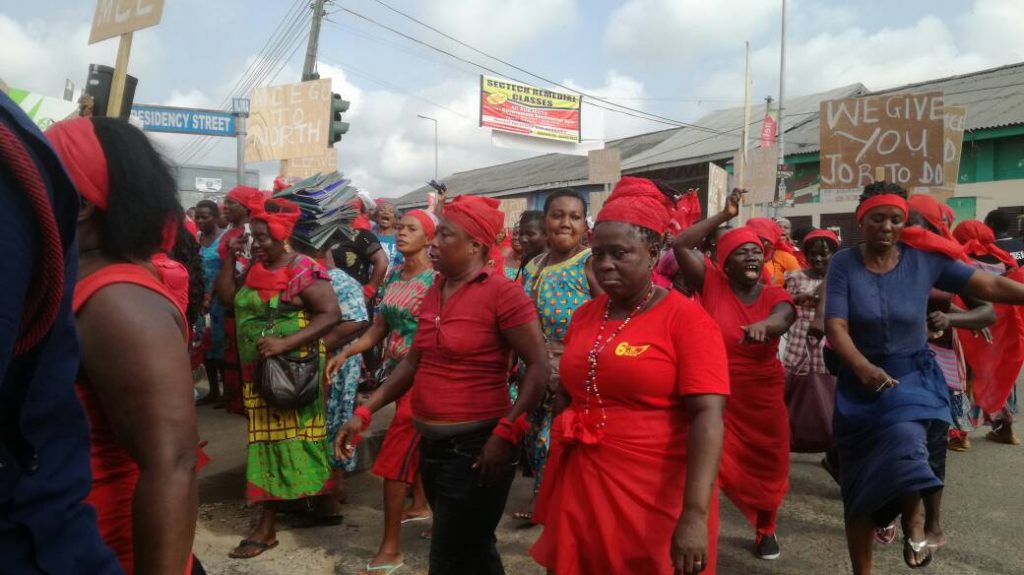 Some of the demonstrators who spoke to Citi News called for the resignation of the Municipal Chief Executive, Madame Comfort Asante whom they said was abusing her powers. 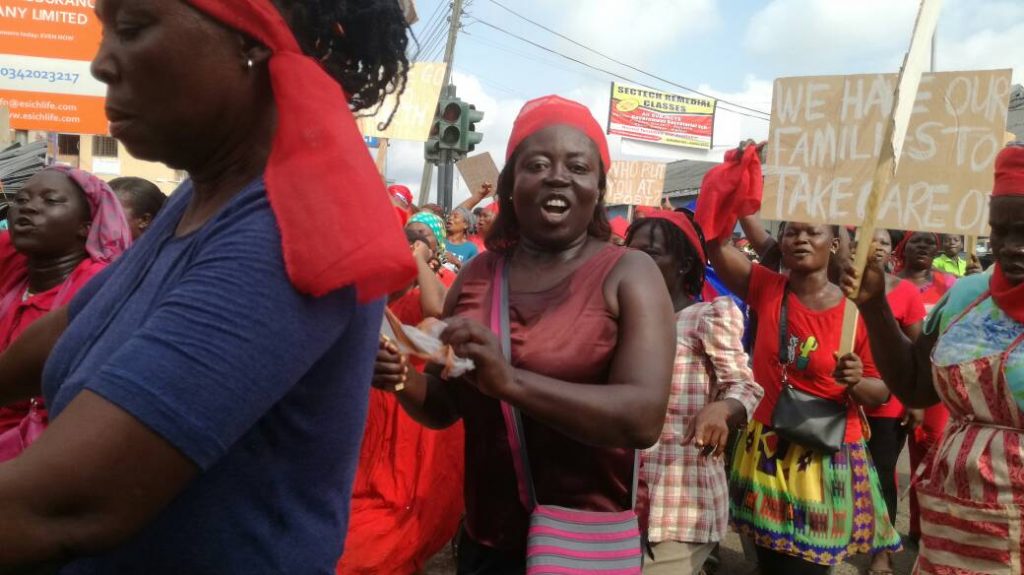 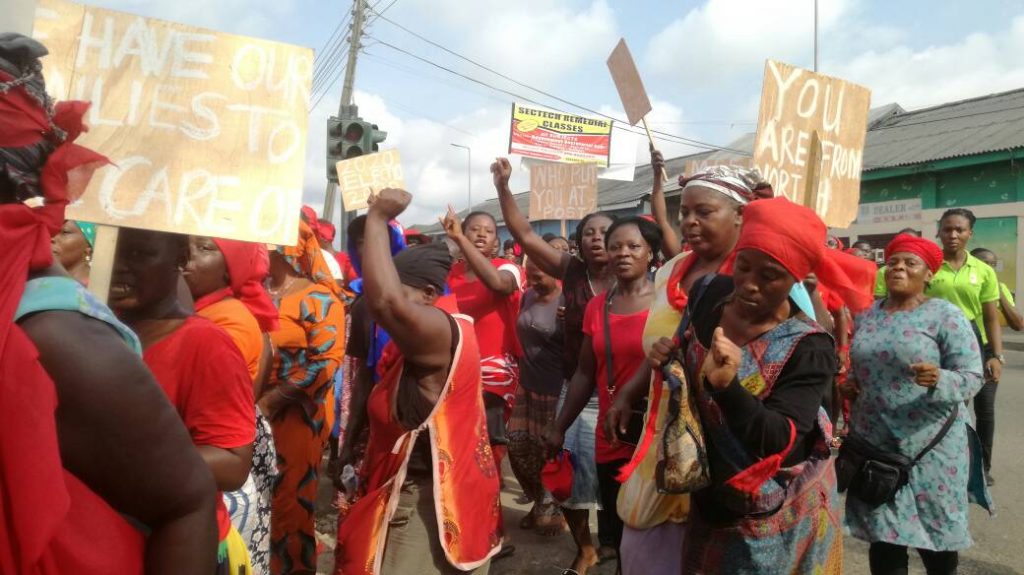 The leader of the demonstrators, Theodore Kofi Aboagye, who presented the petition to the Eastern Regional Minister, said the traders had been deceived by the leadership of the New Patriotic Party (NPP) who promised that they will not be relocated. 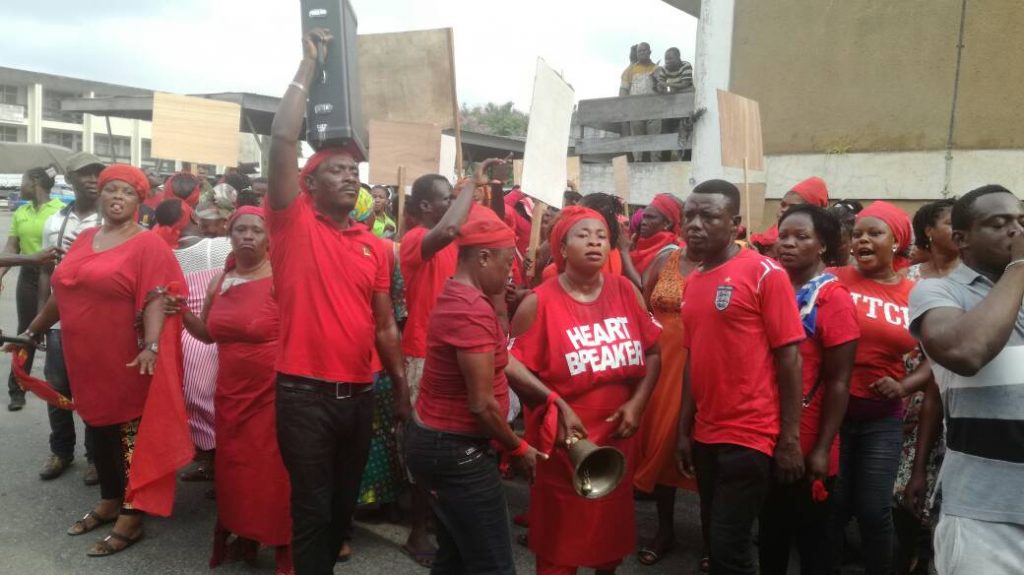 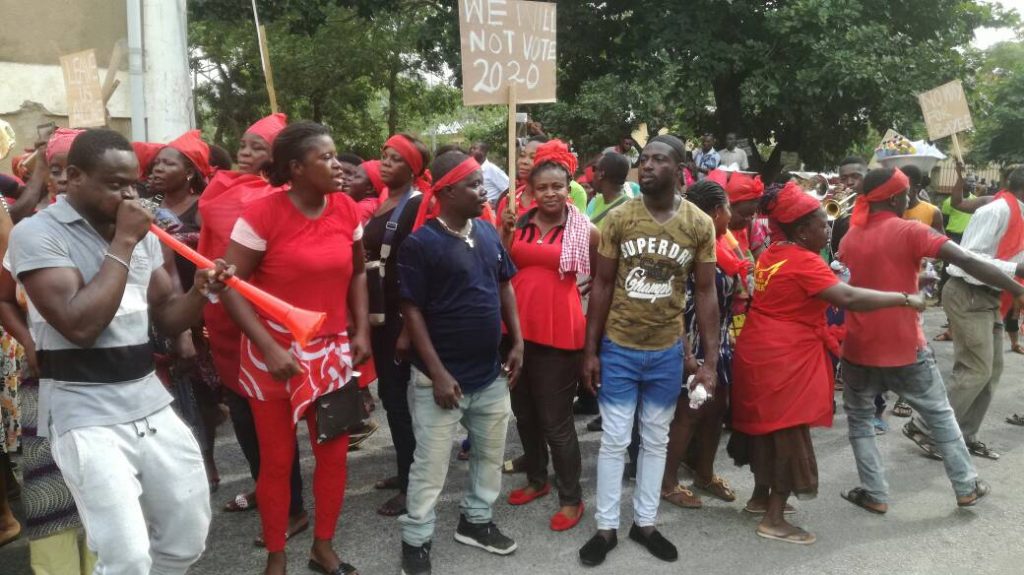 Eric Kwakye Darfour, after receiving the petition on behalf of the President, assured the traders that their concerns will be addressed.

In November this year, the Transport Officer of the New Juaben Municipal Assembly, Batscott Nkrumah, threatened legal action against traders who assaulted him during a decongestion exercise.

The Municipal Chief Executive (MCE) of the area, Madame Comfort Asante, at the time explained that, the Assembly will not relent in its efforts to ensure sanity prevails in the regional capital.

“We have not locked or closed shops in the city. All we are saying is that, we won’t allow the traders to sell on pavements, it is not hygienic for the buyers and its not safe for the traders as well.”

“If you take a walk in town you will see the mess on our streets, these traders come as far as onto the streets where vehicles ply to arrange their goods and sell which is not safe for them. As an Assembly, we will not sit and wait for a disaster to occur before we take steps; and  that’s the reason we have taken measures to revive the Agartha market to relocate them,” she told Citi News.

“We are asking them to go there and sell, there is a Police station very close to the market, their safety is assured and those who have not yet gotten a shed, should come to our office and we will assign them one.”