A second-year student of the Koforidua Secondary Technical School in the Eastern Region has died from a suspected case of meningitis.

The male student, whose name has been withheld, died at the Regional Government Hospital in Koforidua on Friday, November 8.

[contextly_sidebar id=”Kh5kZwksKMkixdWGu7ulPxqZcvilluBR”]The death has caused some concern in the school as some students fear that this could be the onset of a disease outbreak, similar to the health crisis at the Kumasi Academy in the Ashanti Region.

A total of four students at the Kumasi Academy have died in the last week from suspected Swine Flu with a further 30 being hospitalized.

Speaking to Citi News, the headmaster of Koforidua Secondary Technical School, Samuel Foli, noted that samples from the deceased student, have been sent to Accra for testing to confirm whether or not the death was caused by meningitis.

According to him, although the doctors stated that the symptoms presented could be likened to meningitis; they wanted a confirmation from the laboratory.

“…hospital authorities say the symptoms look like that [meningitis]. But they have now taken samples to Accra, so we do not have a confirmation,” he said.

The headmaster narrated that, a housemaster first noticed that the student was sick and looking pale about four days ago.

But when the student was confronted, he denied being sick. He later got very weak and had to be rushed to the government hospital in Koforidua. 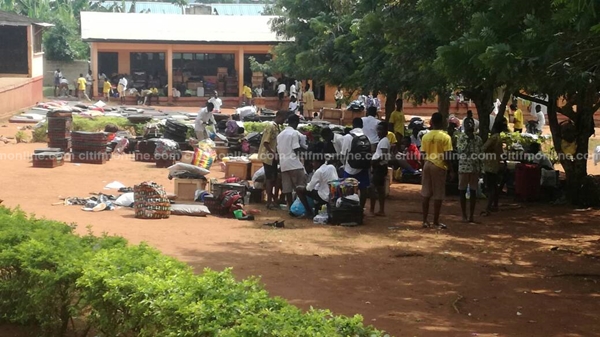 There was relative calm on the school premises on Saturday, with students engaging in their regular activities when Citi News visited the school.

Some of the students had not even heard of the death of their colleague.