HFC Investments, a subsidiary of HFC Bank, has inaugurated a mechanized borehole for pupils of Manchie M/A Basic School, located in the Ga West Municipality of the Greater Accra Region.

The borehole, estimated at a cost of GHS19,000, was completed within two months to serve students and staff of the school.

The inauguration of the borehole project was witnessed by students and teachers of Manchie M/A Basic School, staff of HFC Investments, representatives from the Municipal Education Directorate, and the Chiefs and people of Manchie.

This is the second time HFC Investments is inaugurating a project in the small farming community. It is a follow up to the earlier project inaugurated for the school in 2016, which is a 3-unit classroom block. 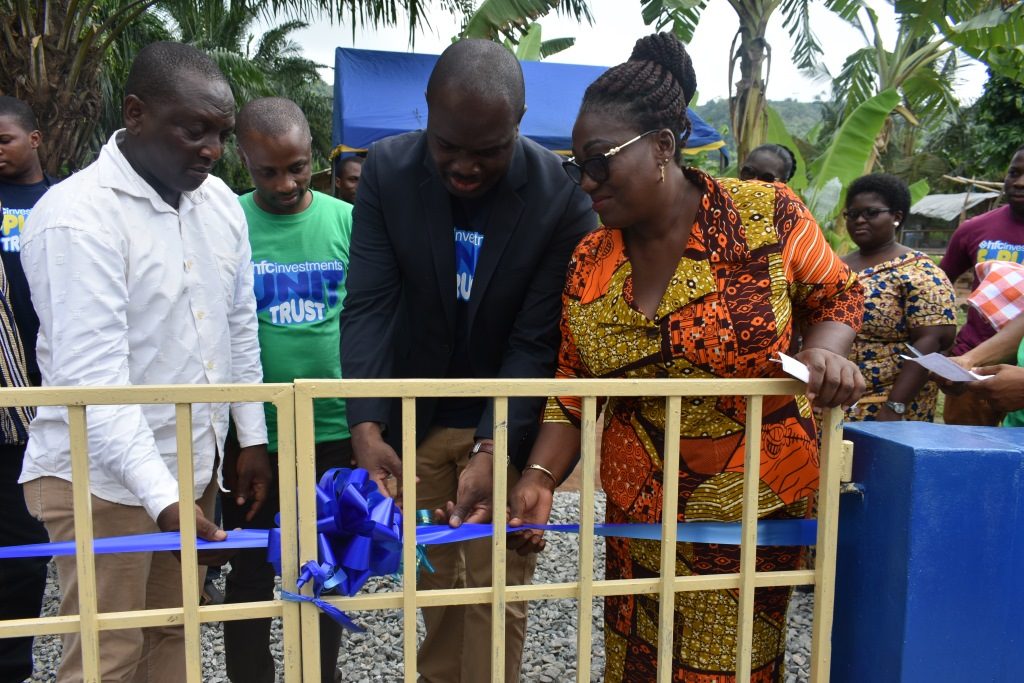 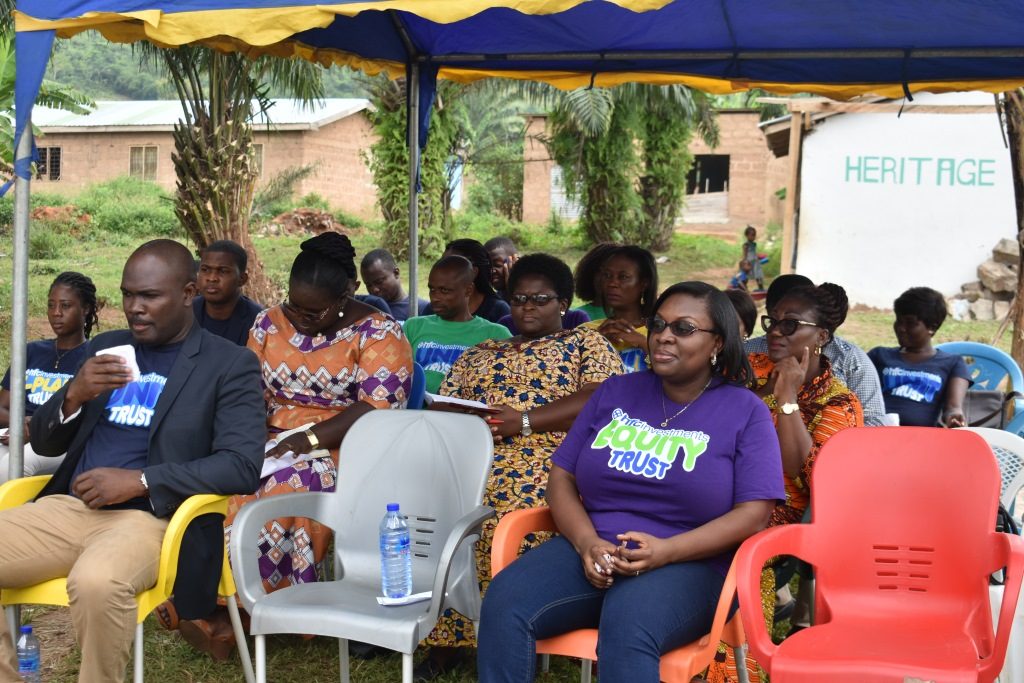 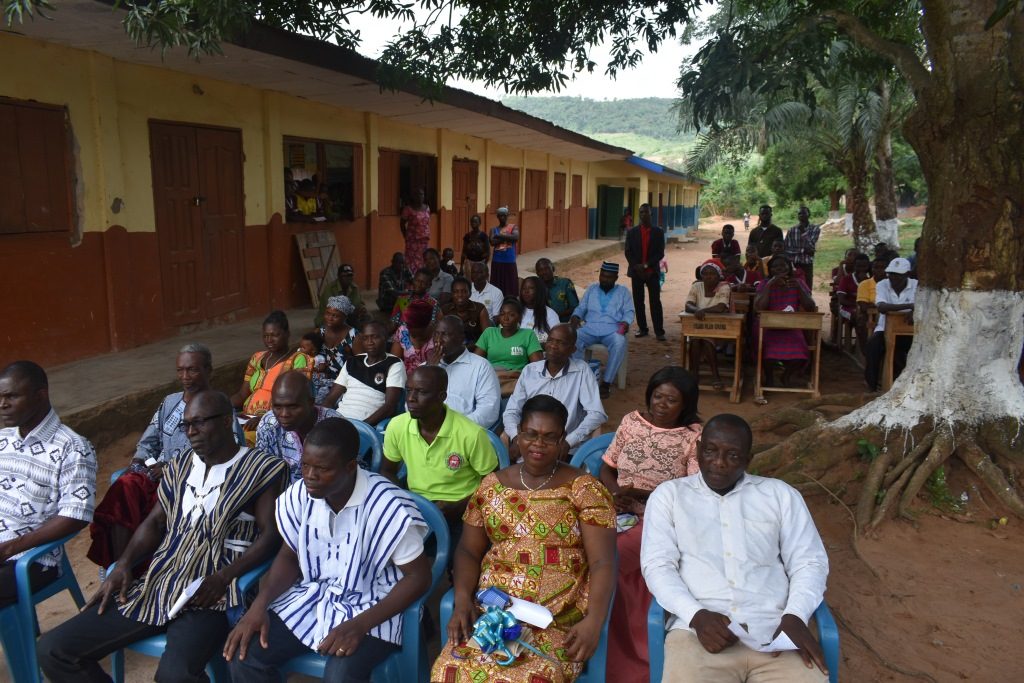 The mechanized borehole, located on the school’s premises, means that pupils who hitherto walked several kilometers in search of water or joined long winding queues to fetch water at the limited boreholes (non-mechanized), will no longer go through this. 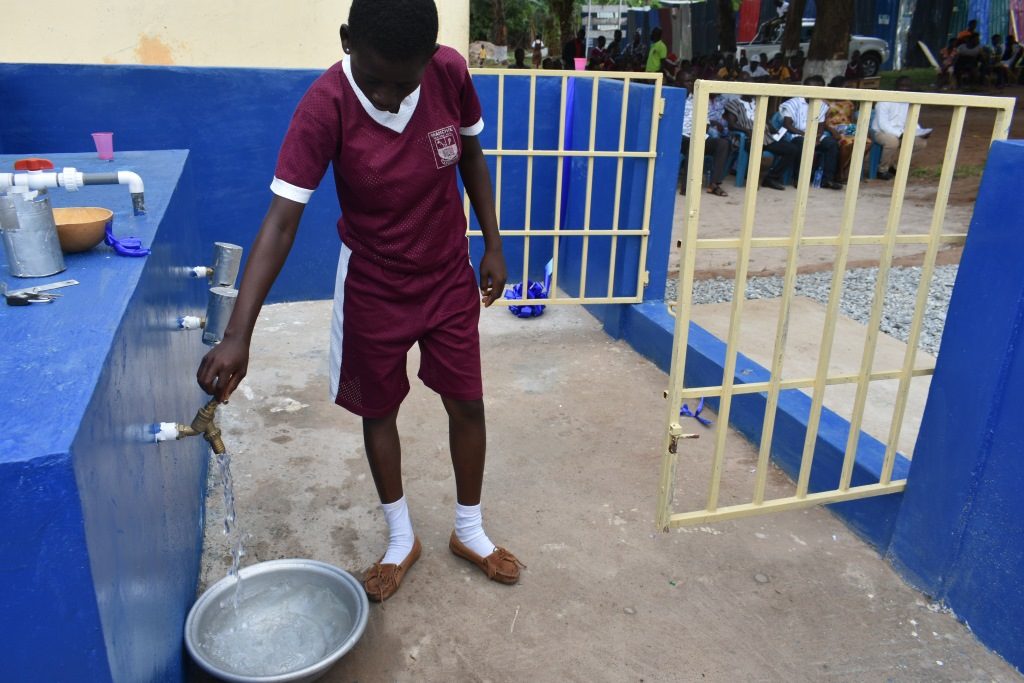 One of the pupils said, “We can now heave a sigh of relief. No more walking long distances, carrying buckets on our heads to fetch water. Now we can study better because we don’t have to use school hours to go in search of water”.

Speaking at the inauguration, the General Manager of HFC Investments, Peter Larbi-Yeboa, was confident that the mechanized borehole would go a long way to alleviate the plight of the pupils.

He added that the initiative was a staff volunteering project.

“This beautiful project you see here was financed through staff donations including other innovative initiatives undertaken by them to raise funds, and this kindness is highly commendable. But this gesture will not be a nine-day wonder. We will continue to positively influence lives in this community, no matter how small, Mr. Larbi noted”.

The Assembly member for the area, Benjamin Richard Akoto, the representative for the Chief of Manchie, Samuel Nii Omarboe , the Deputy Director of Finance and Administration at the Municipal Directorate, Miss Beverly Dansoah Bartels and the Headmaster of the school, Kingsley Adobah, lauded the initiative by the bank, and charged the students and pupils to ensure the  proper maintenance of the borehole.

HFC Investments earlier donated an incubator and accessories worth over GHS30,000 to the Keta Municipal Hospital, in the Volta Region. 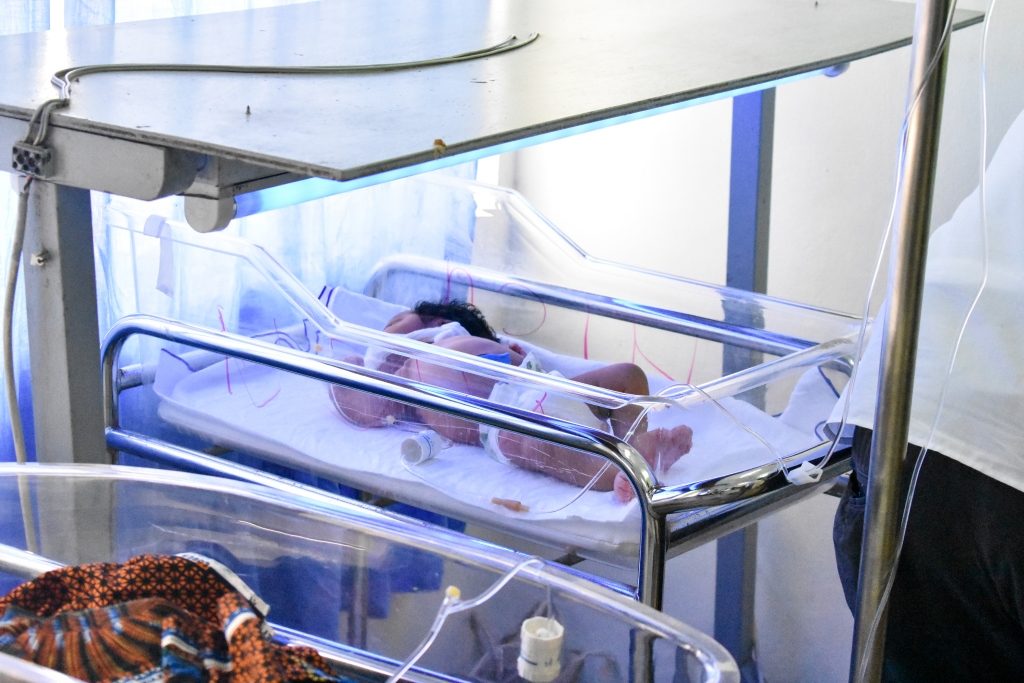 The 110-bed capacity hospital, is the second oldest in the region, and serves residents in Keta and its environs.

HFC Investments made this donation, after the only incubator in the neo-natal care unit broke down beyond repairs. 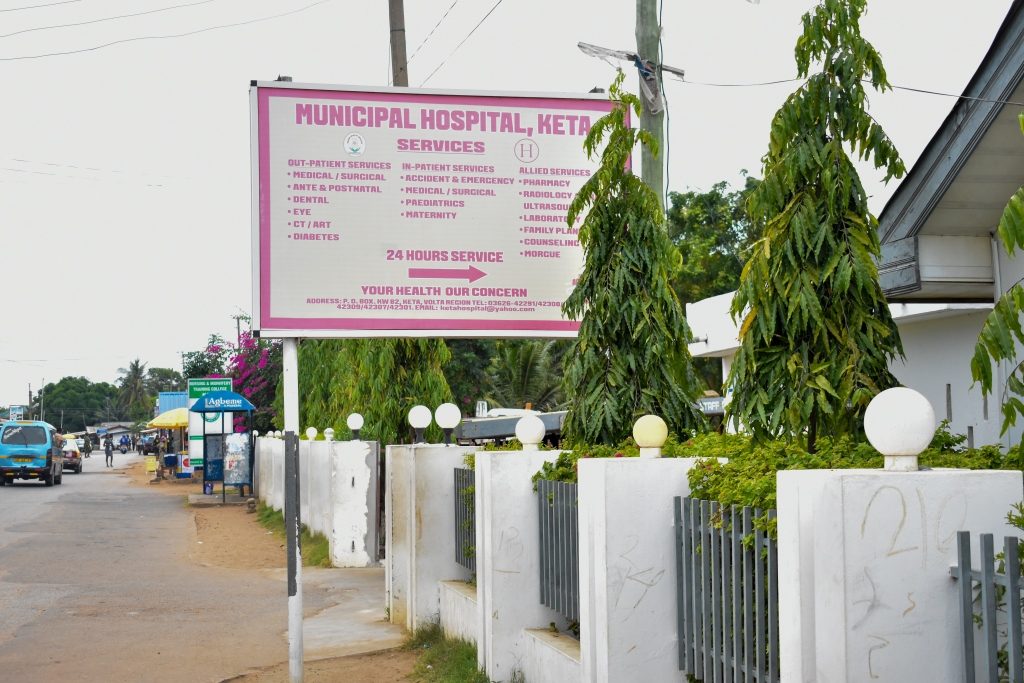 The short handing over event had in attendance, the Queen mother of Keta, Mama Tokornii, the Presiding member for the Keta Municipal Assembly, Richard Kwame Sefe, staff of the hospital including the facility’s medical Superintendent, Dr. Kwasi Asare Bediako among others. 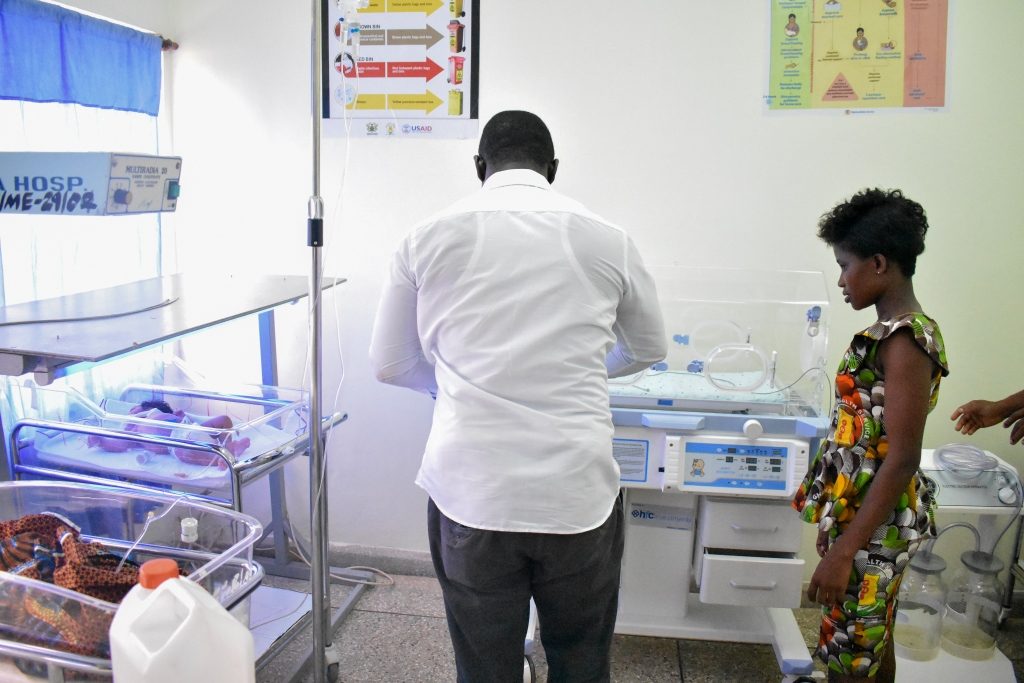 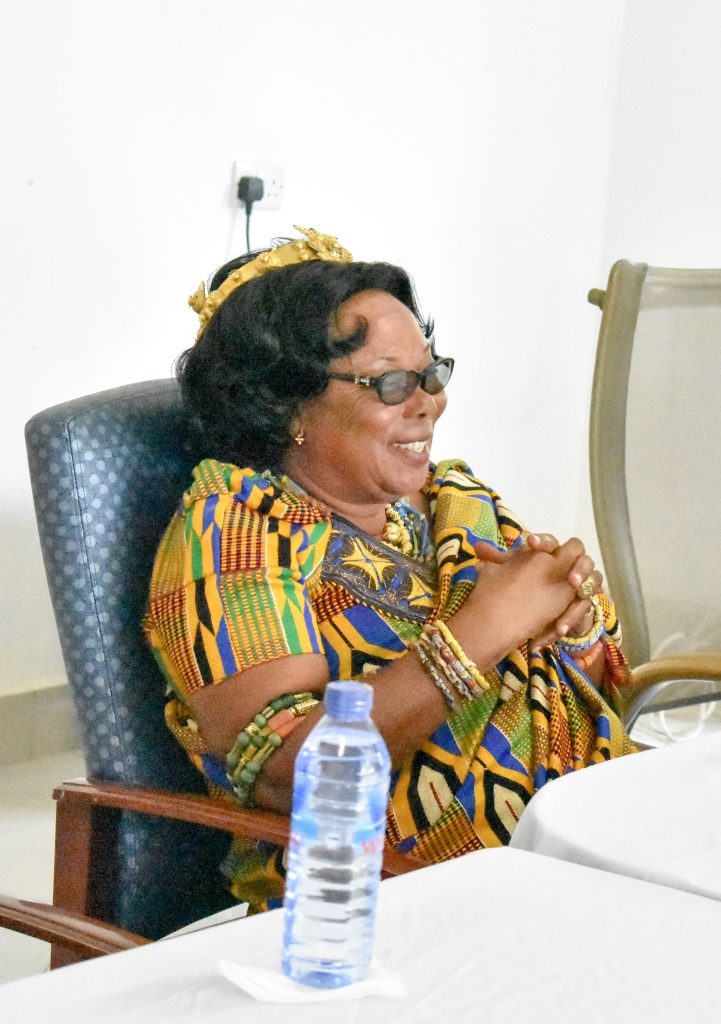 Dr. Bediako thanked the bank for the act of kindness, and noted that the incubator could not have come at a better time. 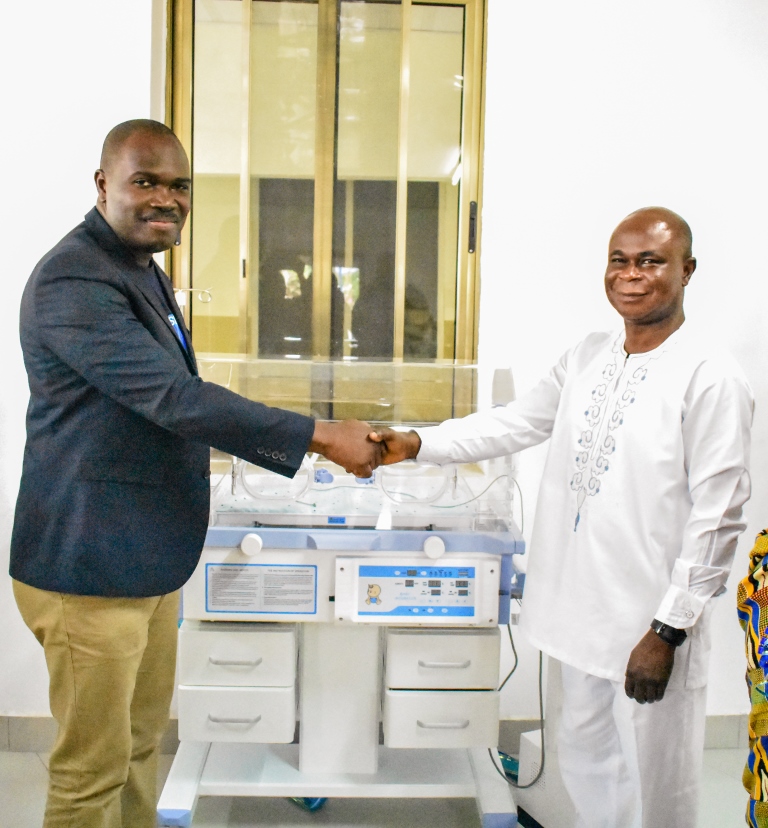 “We are so grateful for this. We never saw this day coming, after the only one we had just broken down. Unarguably, this will reduce the deaths of premature babies at this facility.  Parents (especially the poor ones, don’t have to travel to the other cities again. This is simply a blessing’’.

On his part, Peter Larbi-Yeboa, said this initiative was also staff driven, adding that the whole idea of giving back to society formed an integral part of the bank’s corporate culture and strategy. 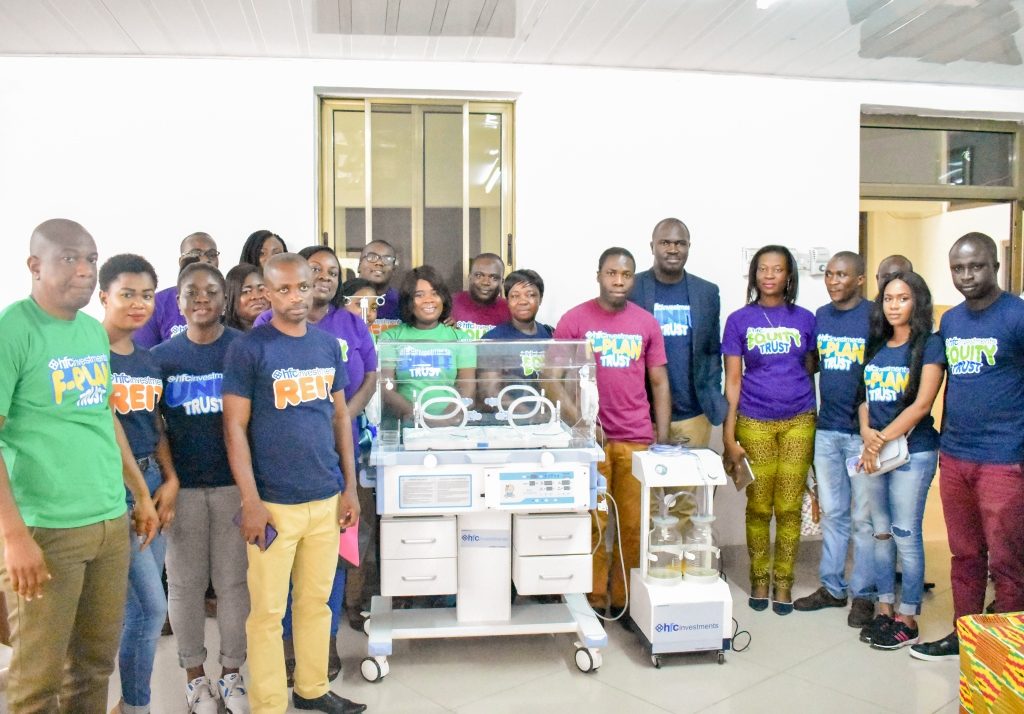 ‘’What is striking and worth noting about why we are here today is the degree of staff involvement in this instance. This initiative is an entirely staff led process from conception to delivery. And so it is not about wanting something back or showing to the world that we are good citizens – it is only because it is the right thing to do’’.

An elated Mr. Larbi-Yeboa said the entire staff of HFC Investments were pleased that their efforts had come to fruition.

‘’We are here today to share in the joy of the hospital and community. We only pray and hope that the incubator will go a long way to assist preterm or premature babies born at this hospital to grow up strong, and come back to contribute to Keta and Ghana”, he stated.

Appiah Stadium alleges arson in fire incident at his home