What reportedly started as a harmless fire from burning rubbish ended up destroying two cars, three air conditioners and a polytank at Dansoman.

A resident of the area started the fire around 9 am on Sunday morning, which also destroyed a section of a two-storey building that houses the Russia road branch of the Beige Bank. 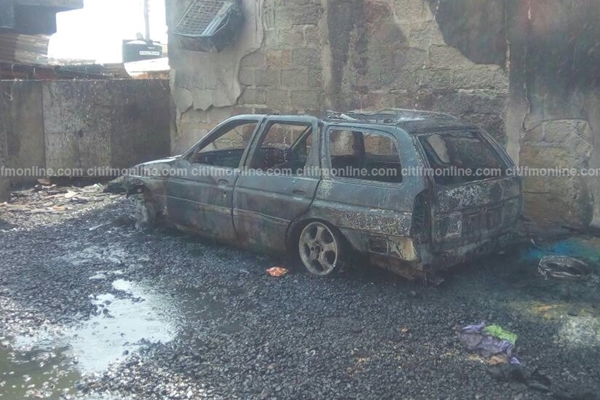 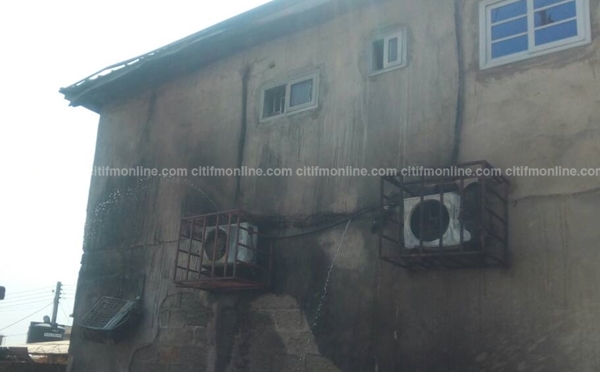 An eyewitness who spoke to Citi News said he saw a polytank on the top of the building on fire when he got to the scene.

“The polytank the fell on the car causing it to catch fire too. We got scared and started running away then, we heard the first place, then a second and a third one,” he narrated. 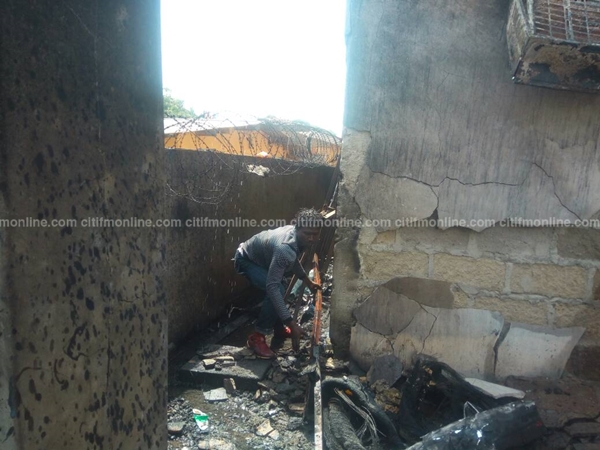 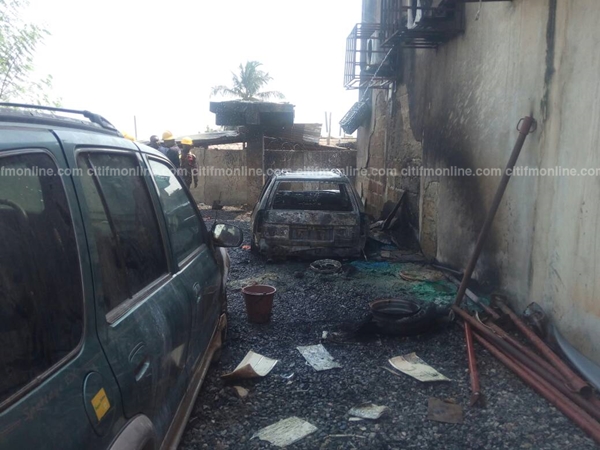 The eyewitness said he, along with his brother, also made attempts to douse the fire.

“We started calling for water and people rushed to the scene with buckets and gallons of water. We managed to control the fire before the fire service people got here. The fire destroyed a polytank, three air conditions and two cars. It was very serious,” he added.