Most African leaders are not thinkers – Kotei Dzani

President of Groupe Ideal, and Council of State member, Dr. Nii Kotei Dzani, has blamed the lack of development and economic prosperity on the African continent on its leaders, claiming most African leaders fail to think.

Dr. Kotei Dzani said Africa is alarmingly behind in development compared to the west, due to the failure of African leaders to prioritize developments that will impact its citizens and help push their countries country forward.

[contextly_sidebar id=”72mmLwdkLiPCSeMZmcL3fkmy8eTJoKlO”]He was speaking at this year’s Chartered Institute of Marking Ghana [CIMG], Presidential Ball, where was honoured as a fellow member of the group.

He stressed that “Our governments keep on failing us. Today I had the opportunity to speak at AUCC and I said African leaders are not thinkers,” Dr. Kotei Dzani said while addressing an audience at this year’s Chartered Institute of Marketing Ghana (CIMG) Presidential Ball.

“Africa is behind with the new economic growth across the globe. And some of us are concerned about what we will do in order to move our continent from poverty. Our governments keep on failing us.”

Dr. Kotei Dzani explained that, most African leaders are selfish and syphon state funds for personal gains. He also took a swipe at African leaders who hold on to power till they are forced out saying that they are examples of authorities in governance who don’t think about their nation’s growth.

“You look at our continent and the kind of resources we have as a continent we should not be experiencing this level of poverty but what do we do, what do we see? African leaders unfortunately take decisions that will make them win an election rather than improve the lives of the people, and then those who find themselves in the minority also oppose decisions of governments that will make the government win an election.”

“So ask yourselves that; are these people honest with us across the continent? It saddens me. We need to know where we are moving to and what we want to achieve, rather than everybody coming and deciding what they want to do. We cannot develop like that. Somebody has started a road and the person is not in power and then somebody comes and says I am not interested in that road,” he added.

Dr. Nii Kotei Dzani was in April 2016 voted the Banking & Finance Entrepreneur for the year 2015, at the sixth Ghana Entrepreneur Awards held at the Banquet Hall State.

Organized by Entrepreneurs Foundation of Ghana under the auspices of the Ministry of Trade and Industry, the award was in recognition of his visionary leadership, entrepreneurship acumen as well as his immense contributions to the Banking and Finance industry.

The Ghana Entrepreneur Awards is held annually to recognize and honour Ghanaians and Non-Ghanaians Entrepreneurs that have achieved strategic and sustained positive impact on the economy, community and society as a whole. 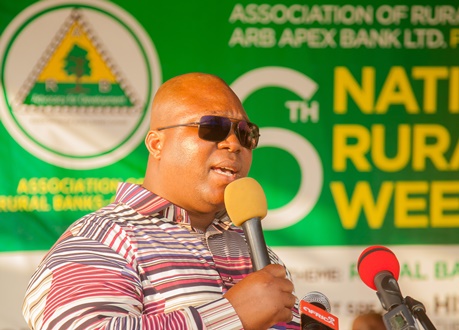 Dr. Dzani is an entrepreneur and businessman par excellence, with extensive business experience as an economist and business owner with a proven record of successful entrepreneurship with the establishment of over 8 companies within five years.

His desire is to transform Groupe Ideal into a world class conglomerate. The former Barclays Bank and Canal Capital Executive was also voted Emerging Man of the year 2014 by Accra based VIASAT1 Television.

Dr. Dzani has a rich and enviable experience in strategic innovation, business strategy and marketing; branding and human resource management coupled with his in-depth expertise in SME advisory service, asset management, development and financing of projects.

In addition, he has carried out extensive research on microfinance and commercial banking.

Dr. Dzani is an accomplished individual, a motivated self-starter and excellent negotiator with the credibility to engage and influence business at all levels.

He holds a Bachelor of Arts degree in Economics from the University of Cape Coast, Ghana and an Honorary Doctorate from Oral Roberts University, Oklahoma, USA.

He also holds an MBA in Corporate Governance & Finance from University of Hull, United Kingdom. He is currently undertaking a professional law degree.

In 2009, he established a consultancy firm to advice banks and other financial institutions on financial models and risk management.

Ideal Finance was subsequently established in 2010 offering money lending services and has grown to become a credible finance house.

Under his able leadership, Ideal Financial Holdings acquired a majority share ownership of Ezi Savings and loans in 2014 which saw it rebranded to FirsTrust Savings and loans, saving the jobs of over 200 Ghanaians, and also enhancing confidence in the financial sector.

Nana Addo, Kagame at the roundtable on SDG implementation