160 ‘galamseyers’ employed under MMIP agric project, 17,000 others to enroll

Over one hundred and sixty youth who were engaged in illegal mining, have been gainfully employed under a component of the Multi-sectoral Mining Integrated Project, (MMIP).

The component, Alternative Livelihood Project, Oil Palm Plantation, which is being funded by the Minerals Development Fund, under the Lands and Natural Resources Ministry, seeks to employ illegal miners who are affected by the ban on all forms of small scale mining.

The project, which is being executed by Richie Plantation Limited, will in 2018, also employ 17,000 thousand youth who were hitherto engaged in illegal mining. 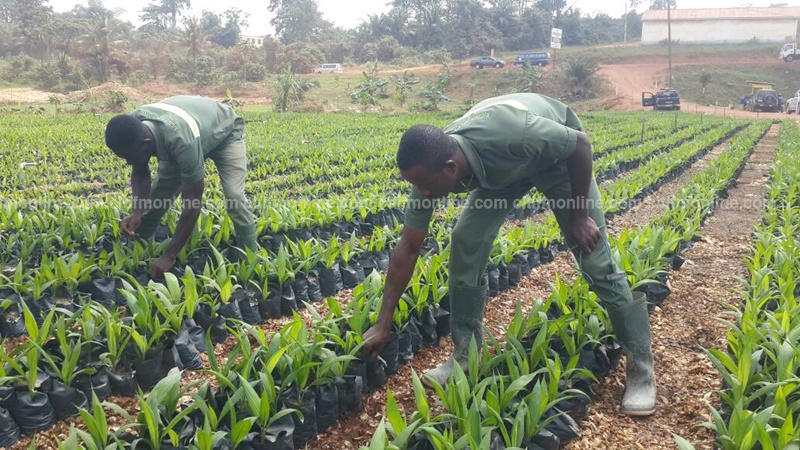 [contextly_sidebar id=”2wvfwSQPnGIYJBx35Ib2g2A21a1LoedJ”]Currently, Richie Plantation limited has over six hundred thousand palm seedlings out of the one million seedlings expected from the Lands and Natural Resources Ministry.

During a tour of the nursery in the Dunkwa-On-Offin in the Central Region, a Deputy Lands Minister, in charge of Mines, Barbara Oteng Gyasi, indicated that the project is geared towards government’s quest to reclaim mined areas across the country, as part of the implementation of the Multi sectoral Integrated Mining Project. 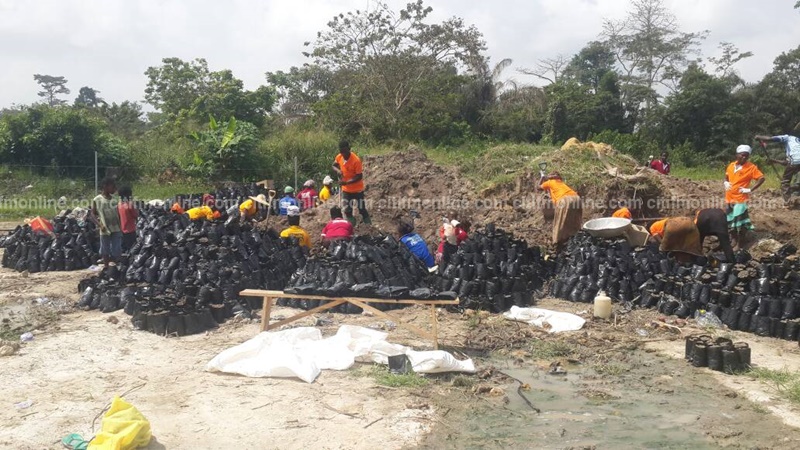 A Deputy Lands Minister in Charge of Forestry, who was part of the team, also disclosed that the recruitment would be undertaken by the Forestry Commission in collaboration with his Ministry.

He added that those who would be employed under the project would be distributed to the various metropolitan, municipal and district offices of the Youth Employment Authority. 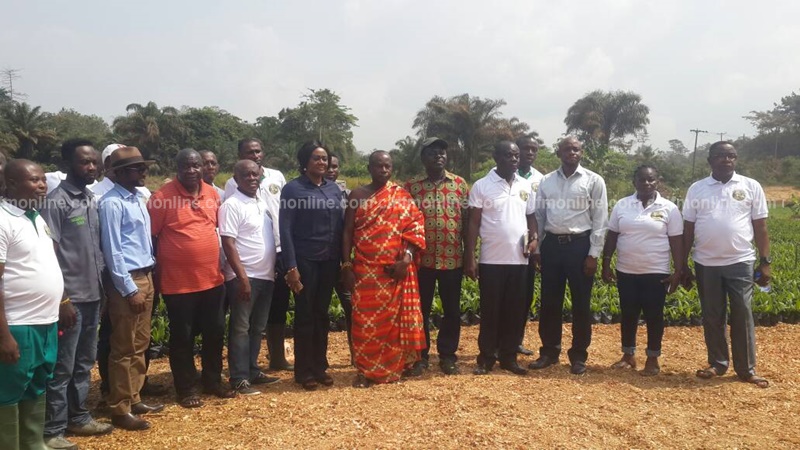 Their job description would be to raise seedlings and support the government’s reclamation programme of recovering degraded mined areas, and would receive a monthly allowance of Ghc400.00.

Richard Ekow Quansah, the Chief Executive Officer of the Richie Plantation Limited, said his outfit had received three million Ghana Cedis this year from the Ministry of Lands and Natural Resources for expansion of the nursery project.
–
By: Kojo Agyeman/citifmonline.com/Ghana