UG Medical Centre intended to be managed by Legon – Mettle-Nunoo

Speaking on Eyewitness News, amid the apparent impasse between the Ministry of Health and the University of Ghana, the former Deputy Minister indicated that, a number of requests were made with regards to the management of the facility.

[contextly_sidebar id=”qLZE4tDsRa7gXxsqn9a4PQ8p2QZ1yLGF”]But “there was no doubt as to who was going to be the beneficiary of the project. The project was a relocation of the College of Health Sciences from the Korle Bu campus to the University of Ghana.”

He added that the then-president John Atta Mills was very clear “Legon needed a five-star teaching hospital that had all the necessary facilities and capacity to provide for medical professional training at the highest level.”

Sources closely involved with the project had already revealed to Citi News that an agreement was signed between the Ministry of Health and the University of Ghana in 2015, which gave ownership of the $217 million facility to the university.

Mr. Mettle-Nunoo explained further that “the Ghana health service runs government hospitals, but teaching hospitals do not come under the Ghanaian Health Service. They are run by independent boards.” 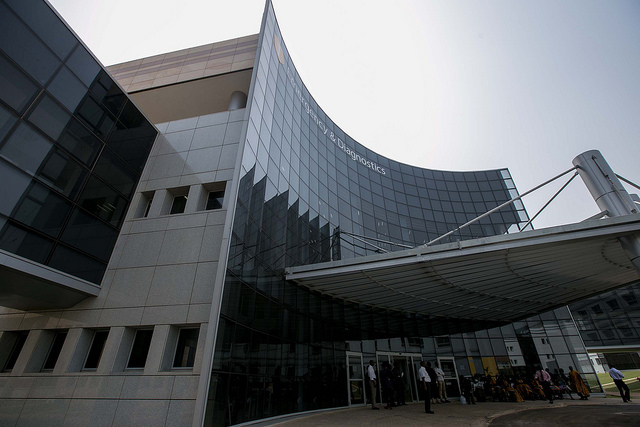 In 2012, the government signed a contract with Messrs Engineering and Development Consultant (EDC) of Israel to build the first phase of the facility which was commissioned in January 2017.

Mr. Mettle-Nunoo said he was “very clear at the time that this was a project that would be managed by the Univesity of Ghana and that is how Professor John Evans Atta Mills also understood it.”

Meanwhile, the Executive Secretary of the National Council for Tertiary Education, Professor Mohammed Salifu, who also spoke on Eyewitness News, said: “the hospital is supposed to be managed by a special purpose vehicle that is incorporated by the University of Ghana.”

As far as the delays are concerned, he said issues having to do with financial clearance had to be finalized, as its management was in the process of recruiting staff.

“The first tranche was for some 400 core staff to be employed that elapses this December. We have just gotten another one for 389 that will be effected from first January [2018]. So the staff has to be in place before the facility is used.”

Some 800 personnel are said to be needed to get the facility fully operational.

Some Ghanaians ‘panic’ over Trump’s threat to cancel visa lottery